Home›Economy Collapse›NASA Study Concludes When Civilization Will End, And It's Not Looking Good for Us [VIDEO]

NASA Study Concludes When Civilization Will End, And It's Not Looking Good for Us [VIDEO]

Update: NASA is now clarifying its role in this study. NASA officials released this statement on the study on March 20, which seeks to distance the agency from the paper: "A soon-to-be published research paper, 'Human and Nature Dynamics (HANDY): Modeling Inequality and Use of Resources in the Collapse or Sustainability of Societies' by University of Maryland researchers Safa Motesharrei and Eugenia Kalnay, and University of Minnesota's Jorge Rivas, was not solicited, directed or reviewed by NASA. It is an independent study by the university researchers utilizing research tools developed for a separate NASA activity. As is the case with all independent research, the views and conclusions in the paper are those of the authors alone. NASA does not endorse the paper or its conclusions."

Civilization was pretty great while it lasted, wasn't it? Too bad it's not going to for much longer. According to a new study sponsored by NASA's Goddard Space Flight Center, we only have a few decades left before everything we know and hold dear collapses.

The report, written by applied mathematician Safa Motesharrei of the National Socio-Environmental Synthesis Center along with a team of natural and social scientists, explains that modern civilization is doomed. And there's not just one particular group to blame, but the entire fundamental structure and nature of our society.

Analyzing five risk factors for societal collapse (population, climate, water, agriculture and energy), the report says that the sudden downfall of complicated societal structures can follow when these factors converge to form two important criteria. Motesharrei's report says that all societal collapses over the past 5,000 years have involved both "the stretching of resources due to the strain placed on the ecological carrying capacity" and "the economic stratification of society into Elites [rich] and Masses (or "Commoners") [poor]." This "Elite" population restricts the flow of resources accessible to the "Masses", accumulating a surplus for themselves that is high enough to strain natural resources. Eventually this situation will inevitably result in the destruction of society.

Elite power, the report suggests, will buffer "detrimental effects of the environmental collapse until much later than the Commoners," allowing the privileged to "continue 'business as usual' despite the impending catastrophe."

Science will surely save us, the nay-sayers may yell. But technology, argues Motesharrei, has only damned us further:

In other words, the benefits of technology are outweighed by how much the gains reinforce the existing, over-burdened system — making collapse even more likely.

The worst-case scenarios predicted by Motesharrei are pretty dire, involving sudden collapse due to famine or a drawn-out breakdown of society due to the over-consumption of natural resources. The best-case scenario involves recognition of the looming catastrophe by Elites and a more equitable restructuring of society, but who really believes that is going to happen? Here's what the study recommends in a nutshell:

The two key solutions are to reduce economic inequality so as to ensure fairer distribution of resources, and to dramatically reduce resource consumption by relying on less intensive renewable resources and reducing population growth.

These are great suggestions that will, unfortunately, almost certainly never be put into action, considering just how far down the wrong path our civilization has gone. As of last year, humans are using more resources than the Earth can replenish and the planet's distribution of resources among its terrestrial inhabitants is massively unequal. This is what happened to Rome and the Mayans, according to the report.

... historical collapses were allowed to occur by elites who appear to be oblivious to the catastrophic trajectory (most clearly apparent in the Roman and Mayan cases).

And that's not even counting the spectre of global climate change, which could be a looming "instant planetary emergency." According to Canadian Wildlife Service biologist Neil Dawe:

Economic growth is the biggest destroyer of the ecology. Those people who think you can have a growing economy and a healthy environment are wrong. If we don't reduce our numbers, nature will do it for us ... Everything is worse and we’re still doing the same things. Because ecosystems are so resilient, they don’t exact immediate punishment on the stupid.

In maybe the nicest way to say the end is nigh possible, Motesharrei's report concludes that "closely reflecting the reality of the world today ... we find that collapse is difficult to avoid."

Writes Nafeez Ahmed at The Guardian:

"Although the study is largely theoretical, a number of other more empirically-focused studies — by KPMG and the UK Government Office of Science for instance — have warned that the convergence of food, water and energy crises could create a 'perfect storm' within about fifteen years. But these 'business as usual' forecasts could be very conservative."

Related Article-Breaking News:Underground U.S Government Elite Bunker – Why Are So Many Of The Super Wealthy Preparing Bug Out Locations?[VIDEO]

Update: NASA has issued a clarification about its role in the study, saying that while the study relies on NASA research tools developed for another project, it did not directly solicit, direct, or review Motesharrei's paper. "As is the case with all independent research, the views and conclusions in the paper are those of the authors alone. NASA does not endorse the paper or its conclusions." 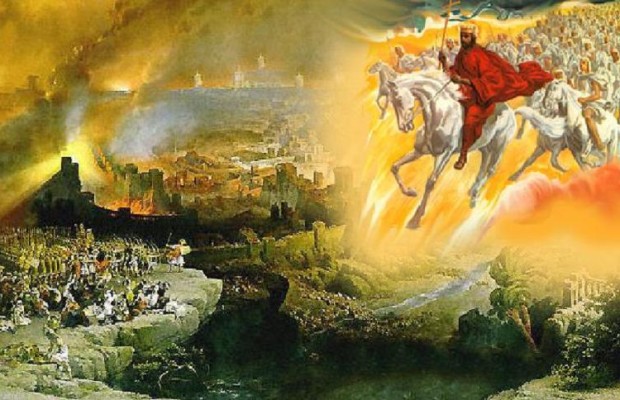 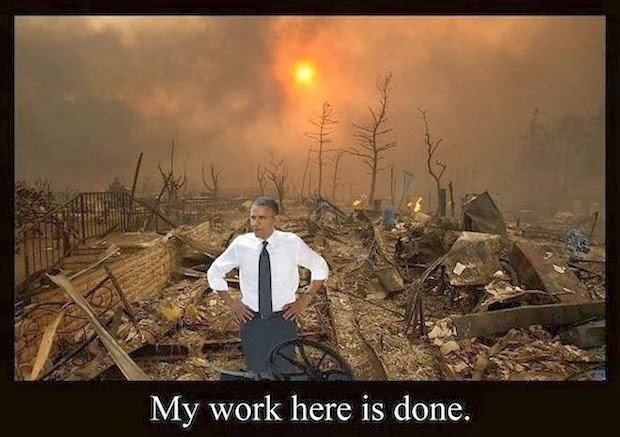