Home›Man Made Disaster›'Get There Before The Food Runs Out' - When Catastrophe Hits, It Will Be Too Late! - Exclusive Photos Show How Fast It Will All Be Gone!

'Get There Before The Food Runs Out' - When Catastrophe Hits, It Will Be Too Late! - Exclusive Photos Show How Fast It Will All Be Gone!

Man Made Disaster, Self Sustained
by N678sdrtopert 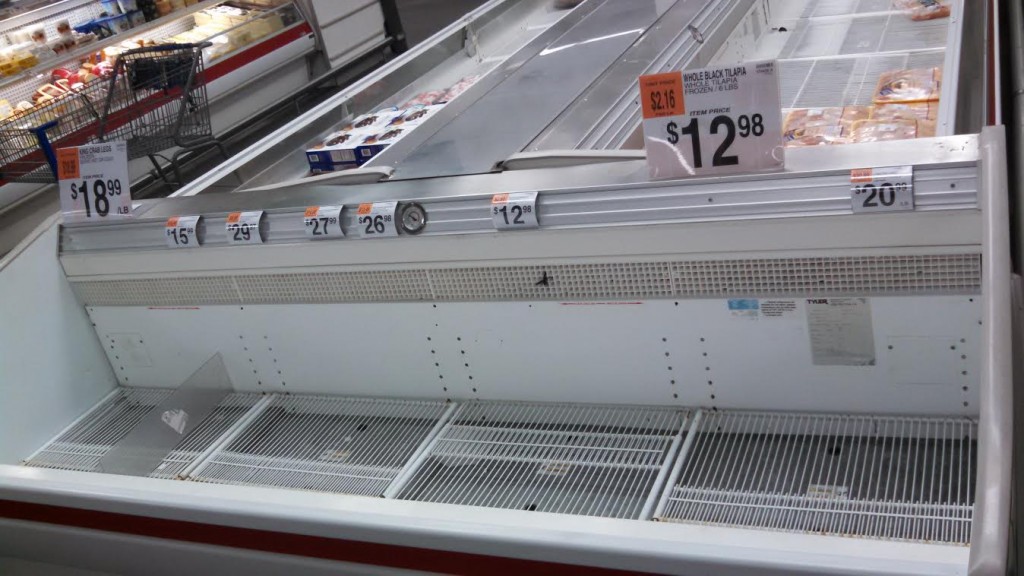 Over the past week ANP has shown how fast civilization would deteriorate during an EMP attack, where preparation will literally determine who lives and who dies. We dealt with the first 72 hours, then the brutally harsh first month, in order to show readers why preparation, stocking up on food and basic necessities before a catastrophe hits, is something everyone should be doing.

It isn't only an EMP attack that could leave you in the dark for a long period of time, an extreme weather event, hurricanes, tornadoes, earthquakes, could all leave whole communities powerless, so by preparing for the "EMP," one would be prepared for any of a variety of events where being prepared could mean the difference between life or death.

A perfect, visual example came to ANP in an email in response to an article on Thursday about how food has and will be used as a weapon against the masses as well as a depopulation tool. In that article we asked readers to tell us what they are seeing in their local stores and the email and photos below undoubtedly show how fast it will all be gone.

Hello, I live in Orange Ct and in March 2015, we had a big snow storm that forces our liberal governor Dan’ no Malloy to shut down the State on a Tuesday. This is when Boston had that huge snow dump on them. Anyway, that Saturday my wife and I went to the Sam’s club store for food and the pictures attached show what just one day of non-delivery can do to any store or area. This store is located one mile from I-95… Four days from Tuesday and still there was no restocking of goods. How bad can it get if SHTF?

The banana boxes are all empty, that was all they had visible. Pictures 414, 49 and 793 are from the local Wal-Mart which is right off the exit to I-95. The rest are Sam’s Club. - Jim Lewis

(Article continues below the photos) 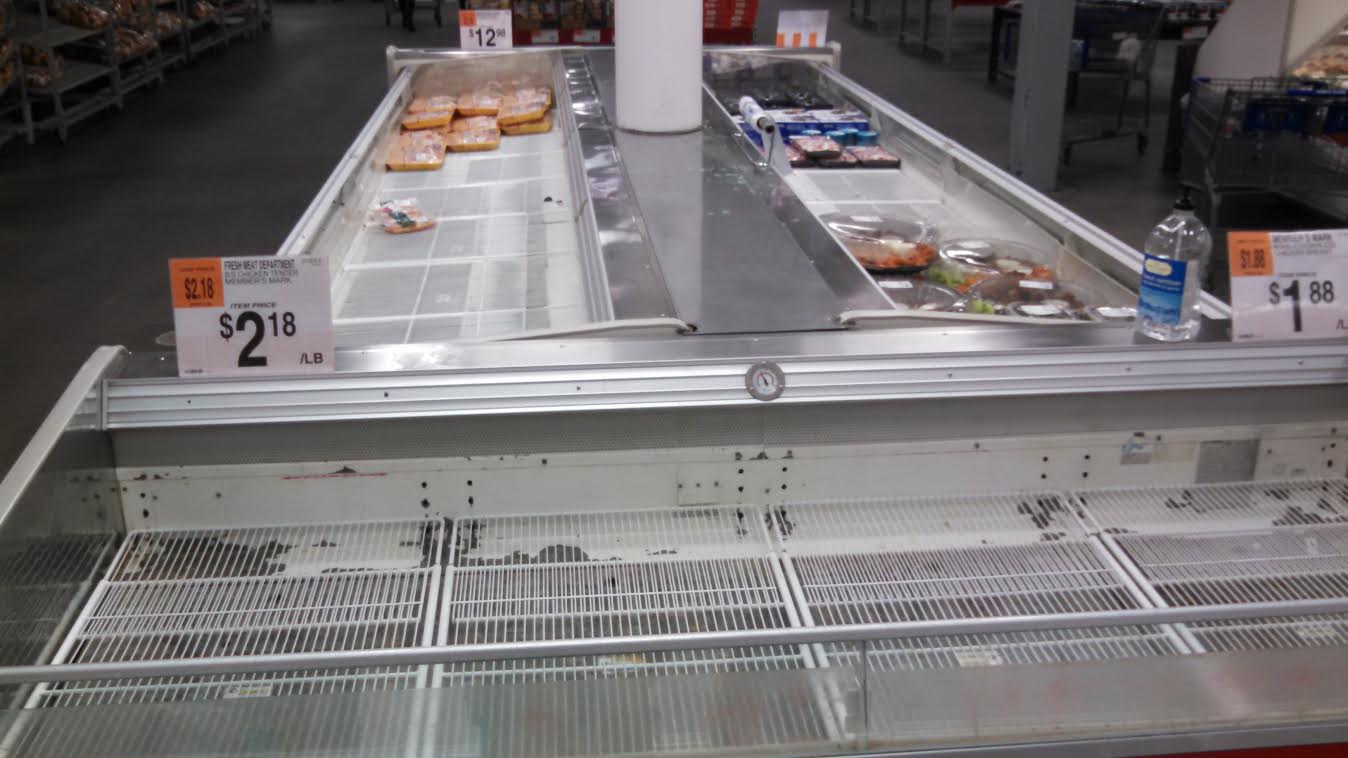 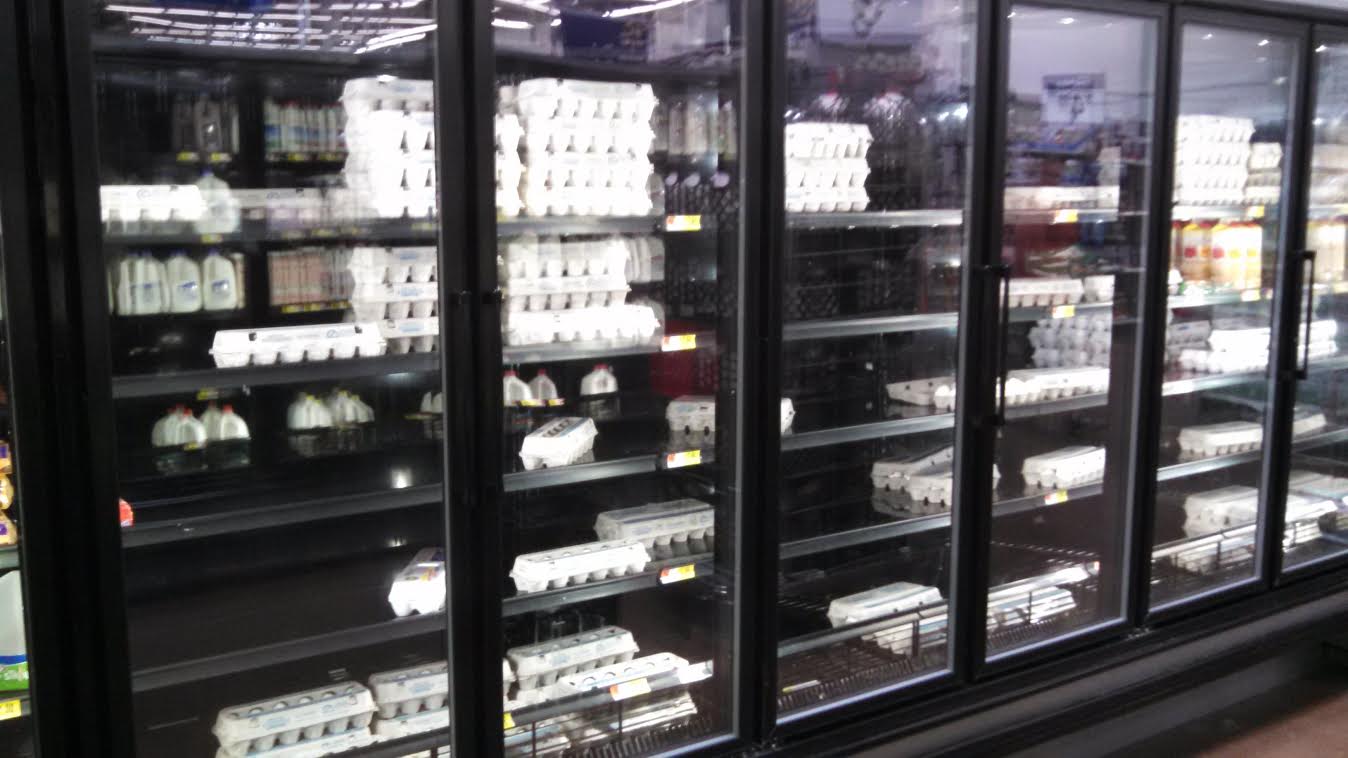 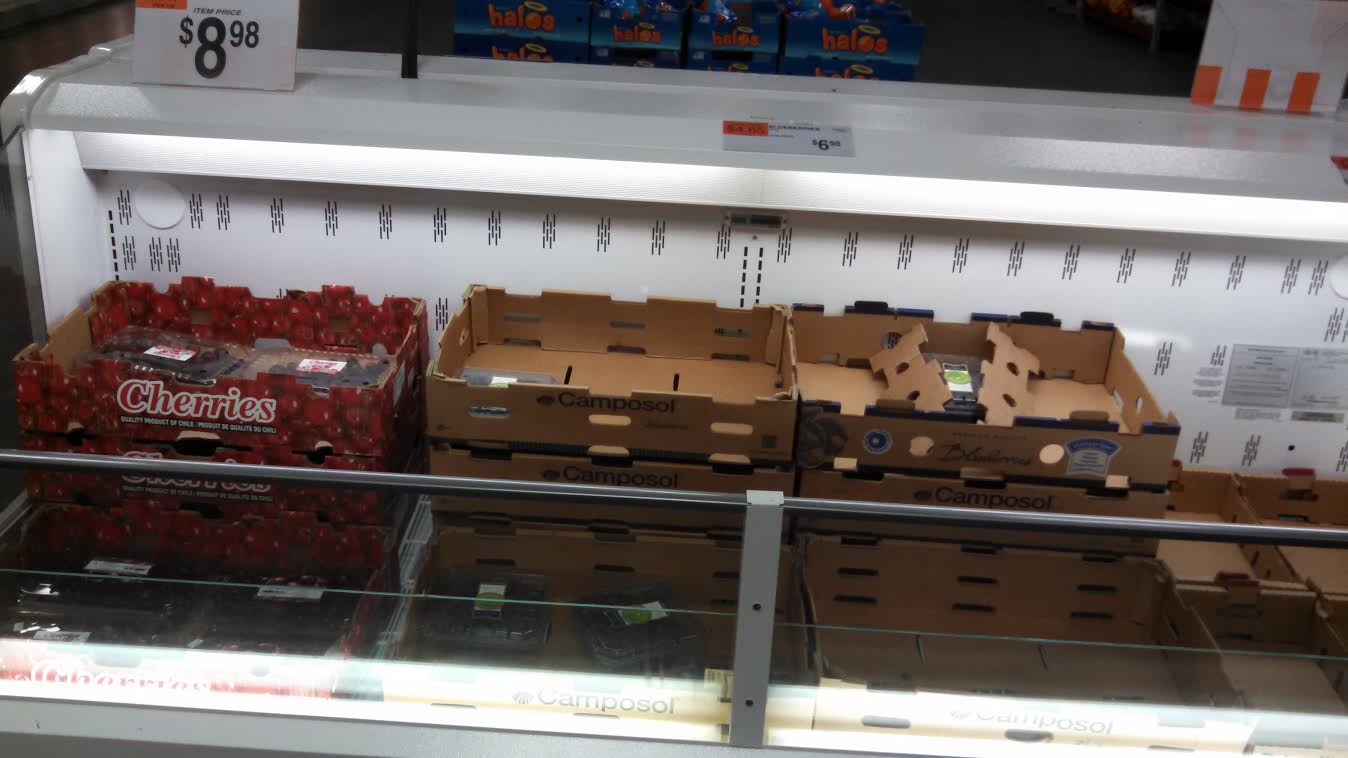 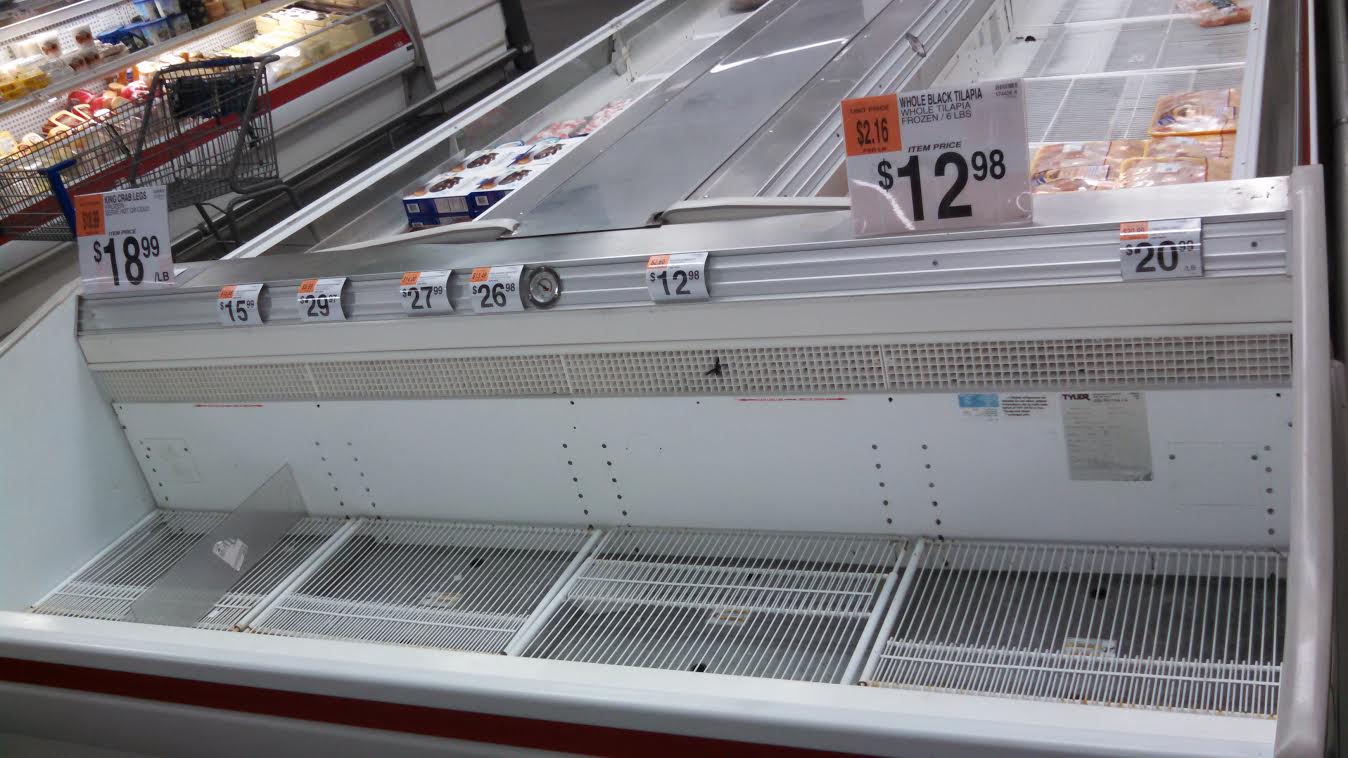 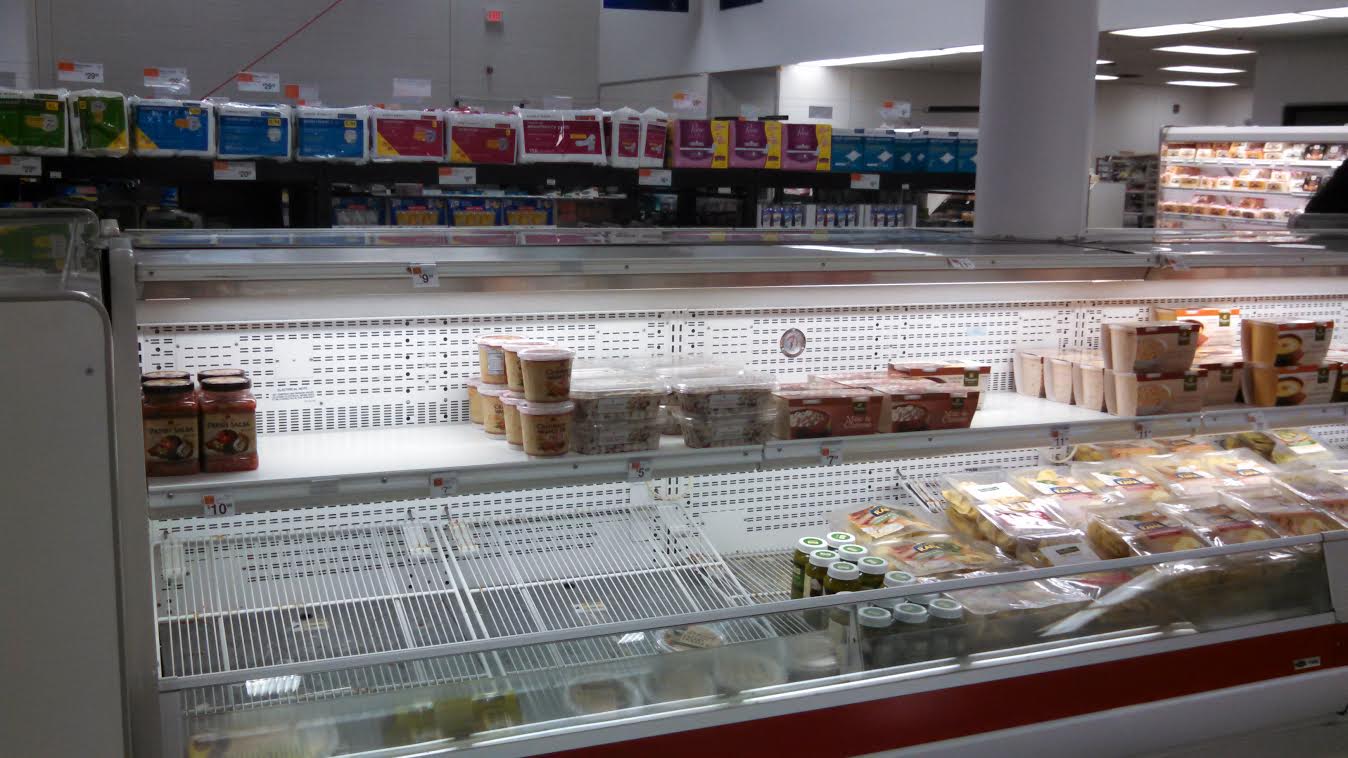 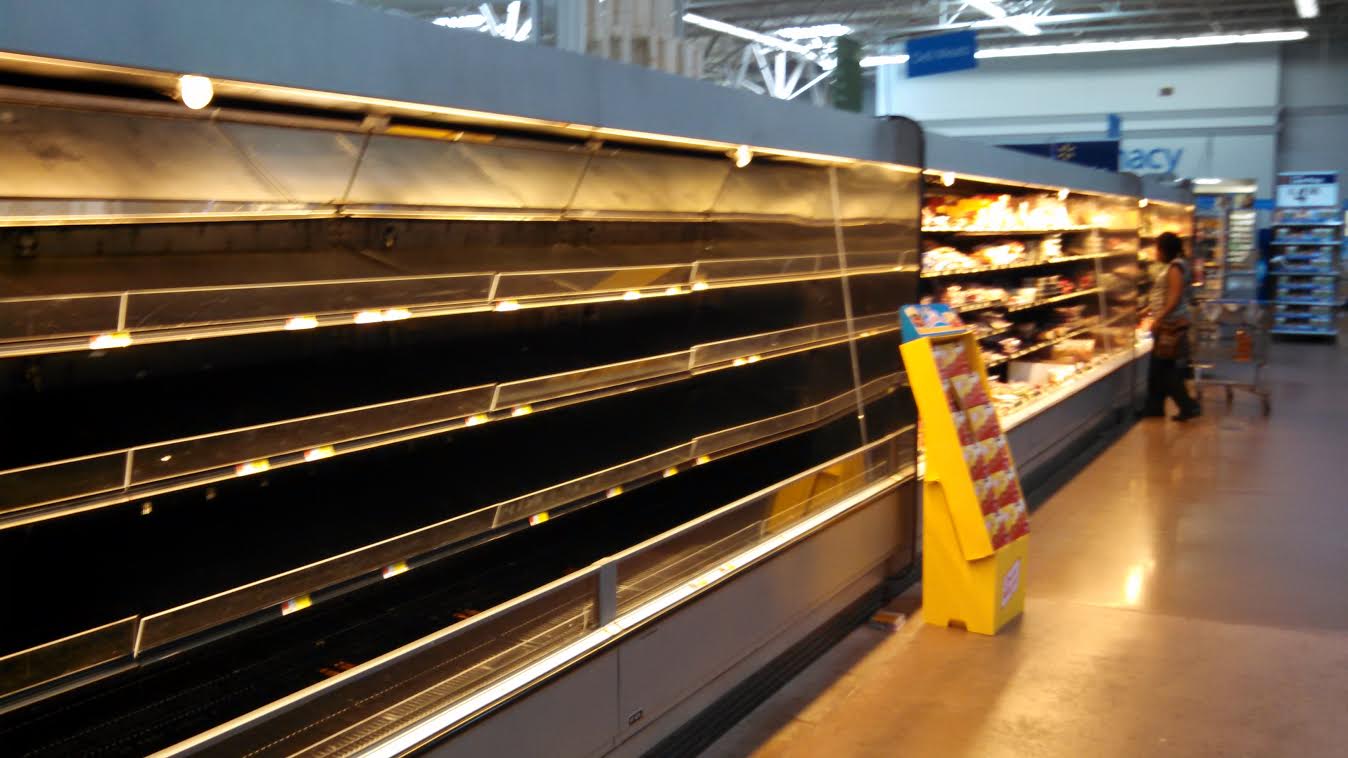 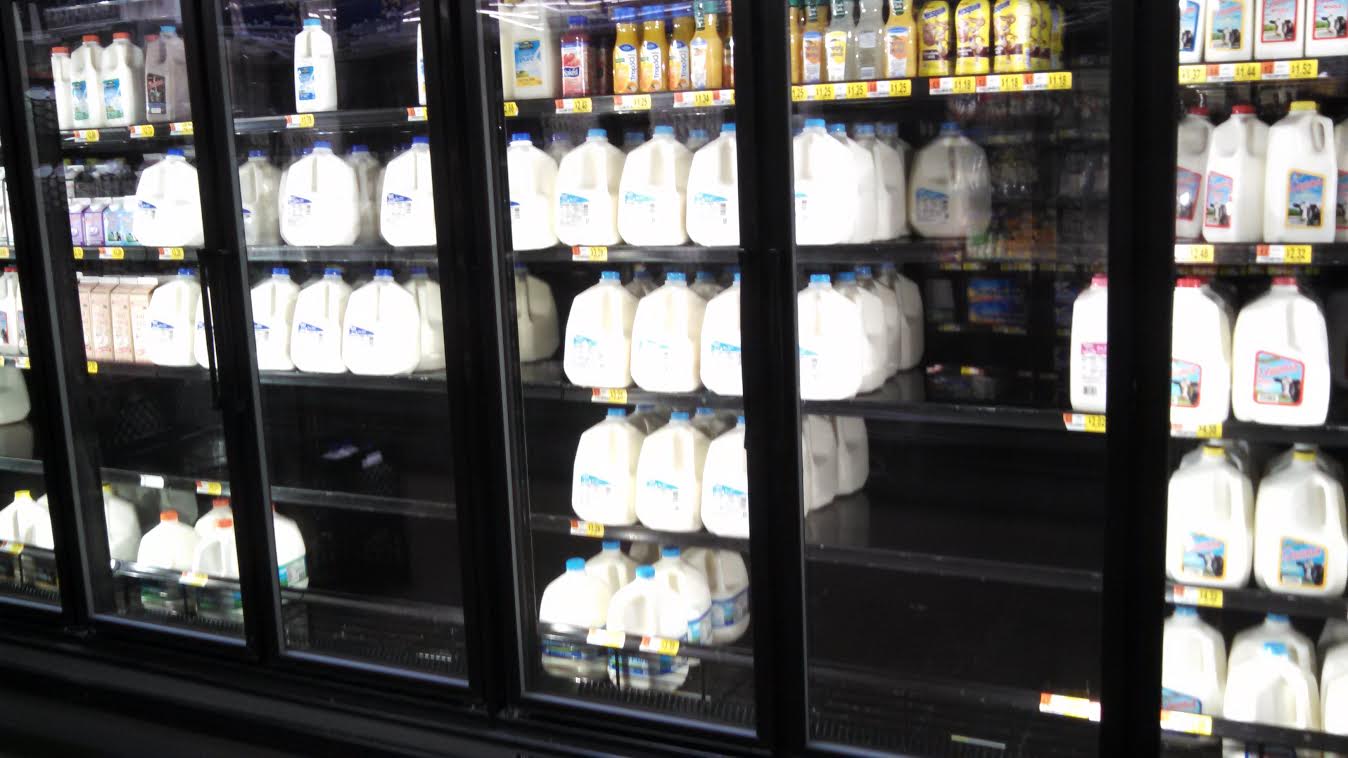 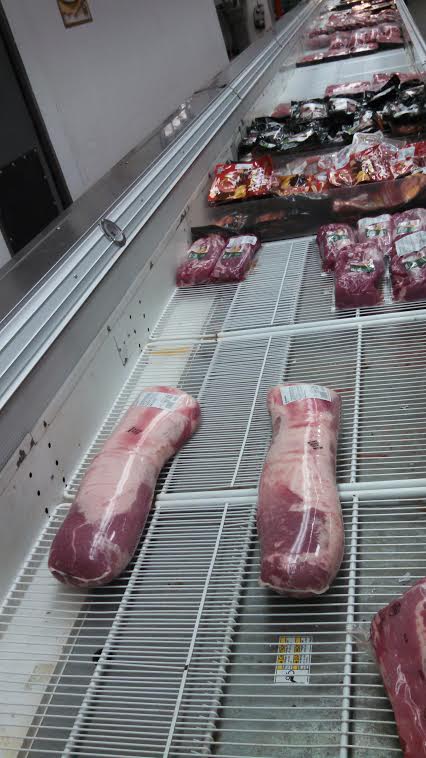 If this is what a Walmart and A Sam's Club, both of which sell items in bulk, look like after a day of non-delivery as stated in the email above the photos, just imagine what smaller stores would look like.

Investing in food, basic necessities, a way to cook with no power, protection etc.... is also a good investment because these are items you will always use, will never go to waste.... but waiting until after a disaster happens, is often too late.

If you think you can count on a food bank if you cannot obtain food from your local grocery store, think again. The latest headlines show that even food banks are having trouble keeping up with demand right now as the SHTF Plan explains in an article from August 13, 2015, titled "Economic ‘Recovery’ Not Easing Overwhelmed Food Banks: “Get There Before the Food Runs Out."

Just look what has been happening in Venezuela over the past year, food shortages, empty shelves, the military actually guarding the food in stores.... if you think this cannot happen in America, you are wrong.

Whether it is an economic collapse, an EMP or any other catastrophe, food will be key to survival. 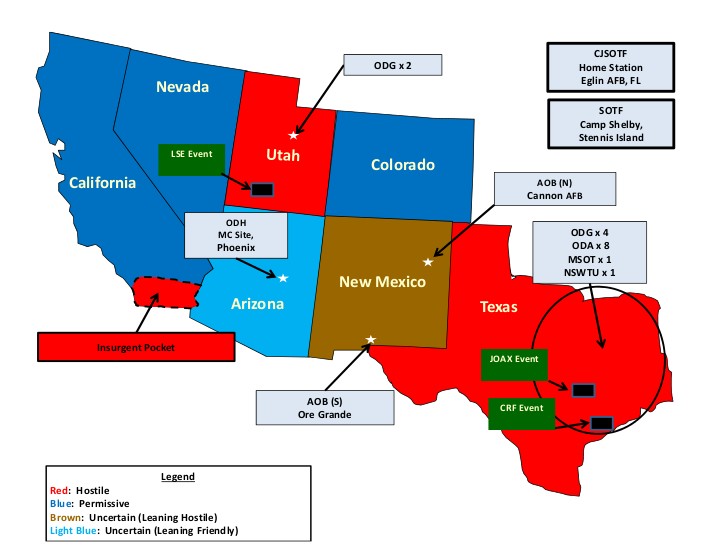 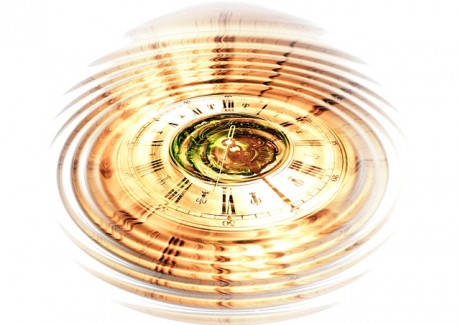