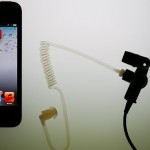 The legality of the US government's mass collection of domestic phone data was challenged Friday in a federal courtroom as being an overly broad interpretation of the Patriot Act that violates Americans' constitutional rights, the ACLU argued.

The American Civil Liberties Union’s lawyer said the National Security Agency’s collection of bulk telephone metadata of Americans could justify further abuses such as confiscation of personal records of innocents without their knowledge.

"If you accept the government's theory here, you are creating a dramatic expansion of the government's investigative power," Jameel Jaffer, director of the ACLU's Center for Democracy, told a judge in federal court in Manhattan.

The lawsuit, ACLU v. Clapper, challenges an NSA surveillance program that collects phone numbers, call times and call duration on most US phone calls, though not the contents of the communications.

The suit alleges the current interpretation exceeds congressional authority of Section 215 of the Patriot Act to collect bulk telephone metadata, with access to such records authorized by the secretive Foreign Intelligence Surveillance Act (FISA) court. The ACLU is asking US District Court Judge William H. Pauley to declare the program unconstitutional.

The lawsuit was filed one week after the program was first reported, in June, based on leaked documents from former NSA contractor Edward Snowden.

The government’s lawyer, Stuart Dellery, countered Jaffer’s insinuation, saying counterterrorism investigations aren’t after most personal information, but that the analysis of phone records was an important and legal tactic to "find connections between known and unknown terrorists."

Pauley would not grant the ACLU’s request to pause the NSA program while the lawsuit against the Obama administration is still pending, the AP reported.

Jaffer said Friday that in order to preserve Americans’ constitutional rights, the court must narrow the scope of such data collection.

"You don't need all call records in order to do what the government says it want to do," he said.

Dellery claimed the dragnet of telephony metadata is an extraordinary surveillance operation in that it’s designed to detect terrorism plots.

Judge Pauley questioned the government on how much Congress knew about the program when it voted to reauthorize the Patriot Act in 2010. He cited a brief offered by Rep. James Sensenbrenner (R-WI), an author of the Patriot Act who has come out against the interpretation used by the government to justify the phone metadata program, saying Congress did not intend for such broad powers.

Dellery said lawmakers were given explanation of the program ahead of the vote.

"The record establishes that oversight committees of both houses were briefed," he said.

The FISA court has regularly reauthorized the metadata program in secret since 2006 after Congress first reauthorized the Patriot Act in 2005. It was created in the aftermath of the attacks of September 11, 2001, to boost intelligence-gathering power for government agencies.

Technology expert Edward Felten, in support of the ACLU’s lawsuit, said "telephony metadata can reveal information that is even more sensitive than the contents of [a] communication." Compiled together, metadata can reveal a "startlingly detailed" personal profile of anyone.

Rep. Sensenbrenner has said recent NSA revelations have shown these powers have been taken too far - for example, the broad collection of phone records of all Americans.

A 2006 amendment to the Patriot Act demanded only “relevant” targets are allowable for surveillance investigation, though the NSA convinced the FISA court the clause was more expansive rather than constrictive, and “that's what brought about the metadata collection, which amounts to trillions of phone calls,” Sensenbrenner said last month.

While intelligence officials say this broad definition is the only way to gather enough data to find connections that could ward off nefarious plots, Sensenbrenner sees the bulk collections as more of a hindrance.

"The haystack approach missed the Boston marathon bombing, and that was after the Russians told us the Tsarnaev brothers were bad guys," he said.

Sensenbrenner has since helped offer bipartisan legislation that aims to roll back the program to an extent.

Other outstanding lawsuits by privacy and civil liberties advocates aim to curb the NSA’s phone data collection. A group of Democratic senators filed a brief in federal court Tuesday in support of a lawsuit by the Electronic Frontier Foundation.

And the Supreme Court said Monday it would not consider at this time a separate complaint filed months ago by the Electronic Privacy Information Center that challenged the legality of the program.