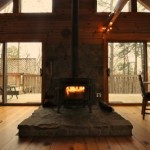 The EPA has banned the production and sale of the types of stoves used by about 80 percent of those with such stoves. The regulations limit the amount of “airborne fine-particle matter” to 12 micrograms per cubic meter of air. The current EPA regulations allow for 15 micrograms in the same amount of air space.

Most of the wood stoves currently nestled inside cabins and homes from coast-to-coast don’t meet the new environmental standard. The EPA launched a “Burn Wise” website to help convince the public that the new regulations were needed.

Trading in an old stove for a newer stove isn’t allowed.

“Replacing an older stove with a cleaner-burning stove will not improve air quality if the older stove is reused somewhere else,” the website says. “For this reason, wood stove change out programs usually require older stoves to be destroyed and recycled as scrap metal, or rendered inoperable.”

In some areas of the country, local governments have gone further than the EPA and banned not just the sale of such stoves, but the usage of old stoves – and even the usage of fireplaces. That means that even if you still have a stove or a fireplace, you can’t burn it for fear of a fine. Puget Sound, Washington, is one such location.

The Most Versatile Backup Stove In The World Allows You To Cook Anything, Any Time, Any Where

Burn Wise is a partnership program associated with the EPA that is tasked with emphasizing the “importance of burning the right wood, the right way, in the right stove.” Information shared on the website operated by the federal government also states that both state and local agencies are pursuing ways to improve air quality that relate to wood-burning stoves.

The overall goal of the EPA Burn Wise program is to educate both local governmental agencies and citizens about the need for more “cleaner-burning” in the marketplace. Three of the most recent highlighted articles and webinars on the EPA Burn Wise website include details about a voluntary wood burning fireplace program, strategies for reducing residential wood some in state, tribal, and local communities, and a recording entitled, “Reducing Residential Wood Some: Is it Worth it?”

The EPA also has compiled a list of “approved” stoves.

According to a Washington Times review of the wood stove ban, the most dangerous aspect of the EPA proposed guidelines is the one-size-fits-all approach to the perceived problem. The same wood burning stove rules would apply to both heavily air-pollution laden major cities and far cleaner rural regions with extremely cooler temperatures. Families living in Alaska, or off the grid in wilderness area in the West, will most likely have extreme difficulty remaining in their cold, secluded homes if the EPA wood stove rules are approved.

The Times further said that wood burning stoves put less airborne fine-particle manner in the air than is present from secondhand some in a closed vehicle. When an individual smokes inside a car with the windows up, passengers are reportedly exposed to approximately 4,000 micrograms of soot per cubic meter.

Wrote the Times’ editorial board:

“Alaska’s 663,000 square miles is mostly forested, offering residents an abundant source of affordable firewood. When county officials floated a plan to regulate the burning of wood, residents were understandably inflamed. ‘Everybody wants clean air. We just have to make sure that we can also heat our homes,’ state Rep. Tammie Wilson told the Associated Press. Rather than fret over EPA’s computer-model-based warning about the dangers of inhaling soot from wood smoke, residents have more pressing concerns on their minds such as the immediate risk of freezing when the mercury plunges.”

Do you support the EPA’s wood stove ban? 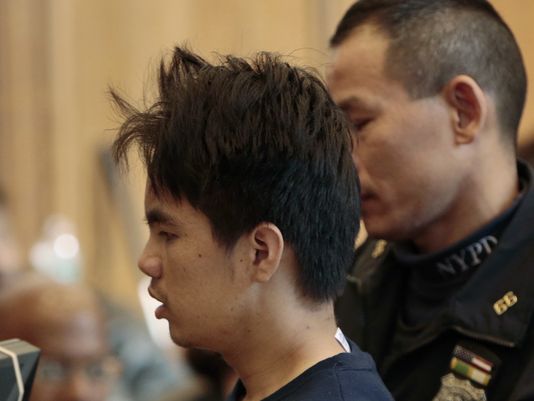