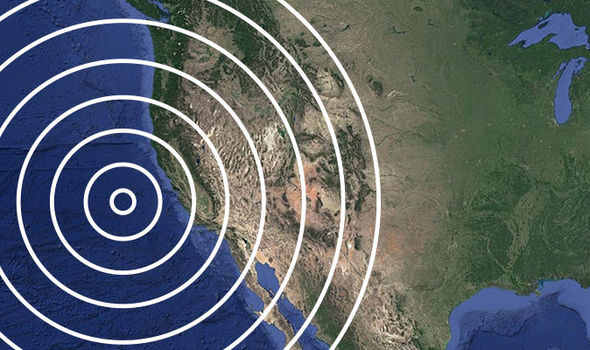 A MASSIVE 6.3 magnitude earthquake has struck off the coast of California as the Ring of Fire continues to show signs of increased activity.

A mega earthquake has struck off the coast of California, according to official reports.

The tremor was about 200 kilometres off the coast of the California-Oregon State border.

Experts have warned of no damage to buildings, and there has been no tsunami warning issued for now.

The earthquake hit along the Ring of Fire – where more than 60 tremors have hit in the last few days.

The Ring of Fire is the largest and most active fault line in the world, stretching from New Zealand, all around the east coast of Asia, over to Canada and the USA and all the way down to the southern tip of South America and causes more than 90 percent of the world’s earthquakes.

Experts know that the Ring of Fire has to potential to unleash some catastrophic quakes – and a spate in the last 24 hours has some concerned.

The strongest of which was a magnitude 8.2 which struck in the Pacific Ocean close to Fiji and Tonga but there have been many others, including a 4.5 magnitude earthquake in the Indonesian island of Lombok.

Seismologists believe that the unsettling of the Ring of Fire could lead to a catastrophic earthquake somewhere around the globe, and California has been touted as a possible destination.

Experts have been warning for some time that California is overdue a large earthquake, and shaking around the Ring of Fire could be a precursor to this.

Thomas Jordan, head of the Southern California Earthquake Center, told the Los Angeles Times last year, that any time there is seismic activity on a fault zone, “the probability of having a large earthquake goes up.”

And Richard Aster, Professor of Geophysics at Colorado State University wrote recently for the Conversation that the southwestern State is overdue an earthquake: “The earthquake situation in California is actually more dire than people who aren't seismologists like myself may realise.

“Although many Californians can recount experiencing an earthquake, most have never personally experienced a strong one. 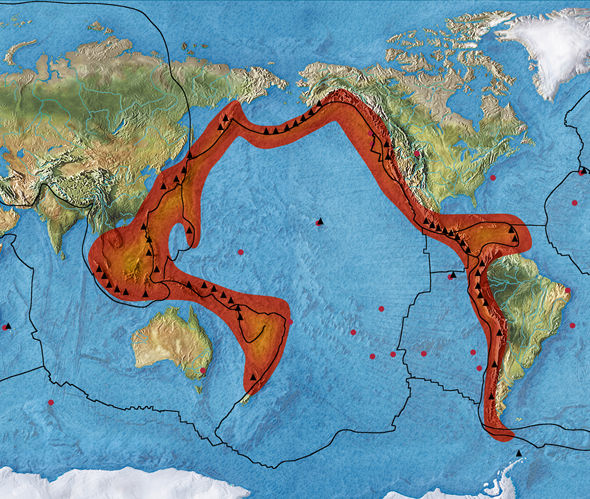 The Ring of Fire (Image: GETTY)

“For major events, with magnitudes of seven or greater, California is actually in an earthquake drought.”

The last time there was a magnitude seven quake or higher in California was in 1906 which struck San Francisco and ultimately killed around 3,000 people.

But Prof Aster says the damage this time could be much worse.

He said: “California's population has grown more than 20-fold since the 1906 earthquake and currently is close to 40 million.”

The professor adds that despite some of the “most advanced [earthquake preparedness] in the world”, there could be serious devastation.

Prof Aster said: “Nonetheless, California's infrastructure, response planning and general preparedness will doubtlessly be tested when the inevitable and long-delayed ‘big ones’ occur along the San Andreas Fault system.

“Ultimate damage and casualty levels are hard to project, and hinge on the severity of associated hazards such as landslides and fires.”

He added: “As California prepares for large earthquakes after a hiatus of more than a century, the clock is ticking.” 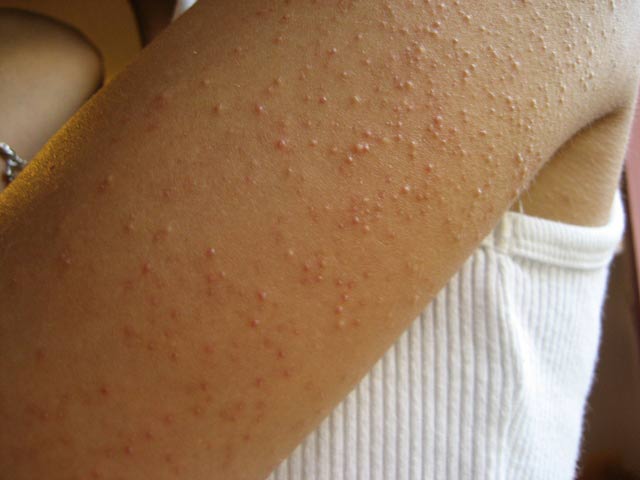 7 Warning Signs of Gluten Intolerance Everyone ...