New evidence points to facts that Walmart is connected to a government scheme: a plan to declare the martial state in the United States. In fact, Walmart stores might have been created for this very reason. Sam Walton, the founder and chief of Walmart stores, was a U.S. intelligence officer during WW2 and oversaw the mass detention of thousands of prisoners of war.

FDR used AN EXECUTIVE ORDER (EO 9066) for the internment of the Japanese-Americans living in the United States. Thousands of Germans and Italians were also thrown into camps. Walton was a security chief at the time for the mass detainment taking place in the United States.

Is it any surprise, then, that since 2001, Walmart has received an estimated 50-100 billion dollars from the U.S. government in tax breaks, land grants, and earmarks. While earmarks were temporarily limited by Congress, it is still believed that Walmart receives kick-backs. Why are they getting so much money from the government? Hint: it isn't to keep their prices low.

Another fact I find suspicious is Walmart's recent hiring of 130000 veterans, active duty, and reserve/national guard troops. I want to be clear: I always support the wonderful U.S. troops, giving them great jobs and an opportunity to succeed, but I do find Walmart's hiring of these soldiers unusual.

The reason is because they just laid off thousands of workers in America and shuttered 269 stores across the world because of "financial problems and portfolio management." What is Walmart doing with its new army?

Yet another fact that is highly unusual is the recent string of murders, attempted murders, arson, and other crimes that have happened on Walmart's premises. Many of these "crimes" sound more like drills or exercises. During one of the exercises in Amarillo, Texas, the police force notes that two gunmen are in the store holding hostages.

They said that one was hispanic and another was black, but then this was modified to one arab Islamic terrorist, then modified again to a episode of "workplace violence." This mirrors problems in the stories of San Bernardino (reports of three shooters) and Orlando (report of two of three offenders, then modified by police reports). Are these exercises or drills being carried out by the DHS (for whom Mateen conveniently worked as a contractor)?

Another scary fact is the level of cooperation through the years between the government and Walmart. It is known that Walmart worked with the Department of Defense on integrating RFID throughout their supply chain. They also worked with the DHS to report suspicious persons on their premises. Also the U.S. government has hired several people into FEMA and disaster readiness positions.

RELATED–EXPOSED: 23 Jihad Training Camps Are Located Inside America… Obama’s FBI Does NOTHING

Lastly, there could be a connection between Walmart and what happened in Orlando, Pulse shooting massacre. All the elites want is more security, more ways to track and monitor you, more ways to make you less threatening to them (gun control). Walmart is currently working with Omar Mateen former employer, called G4S, on a project that will change their entire payment system in stores. Remember, RFID CHIP CARDS ARE NOW REQUIRED BY LAW IN THE UNITED STATES!

The G4S company is the largest security company in the world, and the third largest employer in the world (behind Walmart at #1). This company is involved in cyber security and cyber data and is active in almost every country in the world. What isn't as well-known, is G4S interests in RFID technology for tracking people all around the world. They filed a patent back in 2011 for a tamper-resistant RFID chip device worn on the hand or wrist that tracks people put into prisons. I find Walmart's recent cooperation with G4S very unusual.

UPDATE- –According To 4 Major Biblical Prophets Something Truly Terrifying is Coming Our Way, And it Will Hit Homeland Before the 1St of January 2017…

In conclusion, there is strong evidence to link Walmart to the U.S. government, either as an entity operating in the private sector, or is in close cooperation. 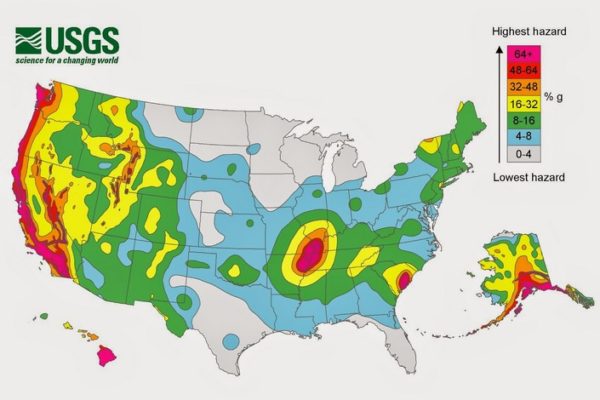 What Does Russian President Putin Say About ...