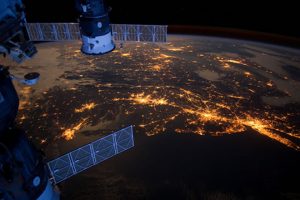 This information is never intended to be a threat to national security, only a threat to Domestic Terrorists and TERRORISM.

SIGNS AND SYMPTOMS OF ATTACKS BY DIRECTED ELECTROMAGNETIC WEAPONS (DEWs)

You may be a victim of organized stalking if:

You may be a victim of electromagnetic attack if:

Induced radiation or being attacked by Directed Electromagnetic Weapons (DEWs) is far more fatal than what is mentioned below. Because it depends on the frequency and volume of radiation level being involuntary subjected to without your consent or knowledge.

Radiation sickness is illness and symptoms resulting from excessive exposure to ionizing radiation.

There are two basic types of radiation: ionizing and nonionizing.

Radiation sickness results when humans (or other animals) are exposed to very large doses of ionizing radiation.

Radiation exposure can occur as a single large exposure (acute), or a series of small exposures spread over time (chronic). Exposure may be accidental or intentional (as in radiation therapy).

Radiation sickness is generally associated with acute exposure and has a characteristic set of symptoms that appear in an orderly fashion. Chronic exposure is usually associated with delayed medical problems such as cancer and premature aging, which may happen over a long period of time.

The risk of cancer depends on the dose and begins to build up even with very low doses. There is no “minimum threshold.”

Exposure from x-rays or gamma rays is measured in units of roentgens. For example:

The severity of symptoms and illness (acute radiation sickness) depends on the type and amount of radiation, how long you were exposed, and which part of the body was exposed. Symptoms of radiation sickness may occur immediately after exposure, or over the next few days, weeks, or months. The bone marrow and gastrointestinal tract are especially sensitive to radiation injury. Children and babies still in the womb are more likely to be severely injured by radiation.

Children who receive radiation treatments or who are accidentally exposed to radiation will be treated based on their symptoms and their blood cell counts. Frequent blood studies are necessary and require a small puncture through the skin into a vein to obtain blood samples.

Your doctor will advise you how best to treat these symptoms. Medications may be prescribed to help reduce nausea, vomiting, and pain. Blood transfusions may be given for anemia. Antibiotics are used to prevent or fight infections.

If symptoms occur during or after medical radiation treatments:

Radiation sickness is damage to your body caused by a large dose of radiation often received over a short period of time (acute). The amount of radiation absorbed by the body — the absorbed dose — determines how sick you’ll be.

Although radiation sickness is serious and often fatal, it’s rare. Since the atomic bombings of Hiroshima and Nagasaki, Japan, during World War II, most cases of radiation sickness have occurred after nuclear industrial accidents such as the 1986 fire that damaged the nuclear power plant at Chernobyl or the 2011 earthquake that damaged the nuclear power plant on the east coast of Japan.

IT WILL HAPPEN  “AMERICAN BLACKOUT”

The severity of signs and symptoms of radiation sickness depends on how much radiation you’ve absorbed. How much you absorb depends on the strength of the radiated energy and the distance between you and the source of radiation. Signs and symptoms also are affected by the type of exposure — such as total or partial body and whether contamination is internal or external — and how sensitive to radiation the affected tissue is. For instance, the gastrointestinal system and bone marrow are highly sensitive to radiation.

Signs and symptoms of radiation sickness usually appear when the entire body receives an absorbed dose of at least 1 Gy. Doses greater than 6 Gy to the whole body are generally not treatable and usually lead to death within two days to two weeks, depending on the dose and duration of the exposure.

After the first round of signs and symptoms, a person with radiation sickness may have a brief period with no apparent illness, followed by the onset of new, more serious symptoms.

In general, the greater your radiation exposure, the more rapid and more severe your symptoms will be.

When to see a doctor
An accident or attack that causes radiation sickness would no doubt cause a lot of attention and public concern. If such an event occurs, monitor radio, television or online reports to learn about emergency instructions for your area.

If you know you’ve been exposed to radiation, seek emergency medical care.

When a person has experienced known or probable exposure to a high dose of radiation from an accident or attack, medical personnel take a number of steps to determine the absorbed radiation dose. This information is essential for determining how severe the illness is likely to be, which treatments to use and whether a person is likely to survive.

Having radiation sickness could also contribute to both short-term and long-term mental health problems, such as grief, fear and anxiety about:

The treatment goals for radiation sickness are to prevent further radioactive contamination; treat life-threatening injuries, such as from burns and trauma; reduce symptoms; and manage pain.

Decontamination
Decontamination is the removal of as much external radioactive particles as possible. Removing clothing and shoes eliminates about 90 percent of external contamination. Gently washing with water and soap removes additional radiation particles from the skin.

Decontamination prevents further distribution of radioactive materials and lowers the risk of internal contamination from inhalation, ingestion or open wounds.

If you have severe damage to bone marrow, you may also receive transfusions of red blood cells or blood platelets.

Treatment for internal contamination
Some treatments may reduce damage to internal organs caused by radioactive particles. Medical personnel would use these treatments only if you’ve been exposed to a specific type of radiation. These treatments include the following:

Supportive treatment
If you have radiation sickness, you may receive additional medications or interventions to treat:

End-of-life care
A person who has absorbed large doses of radiation (6 Gy or greater) has little chance of recovery. Depending on the severity of illness, death can occur within two days or two weeks. People with a lethal radiation dose will receive medications to control pain, nausea, vomiting and diarrhea. They may also benefit from psychological or pastoral care.

Shelter in place
If you’re advised to stay where you are, whether you’re at home or work or elsewhere, do the following:

Evacuate
If you’re advised to evacuate, follow the instructions provided by your local authorities. Try to stay calm and move quickly and in an orderly manner. In addition, travel lightly, but take supplies, including:

Be aware that most emergency vehicles and shelters won’t accept pets. Take them only if you’re driving your own vehicle and going someplace other than a shelter.

Radiation is energy that travels in the form of waves or high-speed particles. It occurs naturally in sunlight. Man-made radiation is used in X-rays, nuclear weapons, nuclear power plants and cancer treatment.

If you are exposed to small amounts of radiation over a long time, it raises your risk of cancer. It can also cause mutations in your genes, which you could pass on to any children you have after the exposure. A lot of radiation over a short period, such as from a radiation emergency, can cause burns or radiation sickness. Symptoms of radiation sickness include nausea, weakness, hair loss, skin burns and reduced organ function. If the exposure is large enough, it can cause premature aging or even death. You may be able to take medicine to reduce the radioactive material in your body.

ARTICLE–Forget Gun Control-EMP Attack Would Wipe Out 90% Of US Population Within 2 Years,Sending America Back To The 1800s

Induced EMFs or being attacked by Directed Electromagnetic Weapons  (DEWs) is far more fatal than what is mentioned below. Because it depends on the frequency and volume of exposure level being involuntary subjected to without your consent or knowledge.

For adults, studies of EMF exposure from power lines and electric blankets show little evidence of a link to cancer. In adults, EMFs may reduce heart rate and interfere with brain electrical activity during sleep. This may or may not affect your health.

Some people worry that wireless and cellular phones cause cancer. They give off radio-frequency energy (RF), a form of electromagnetic radiation. Scientists need to do more research on this before they can say for sure.

An electromagnetic pulse attack would be one of the fastest ways to cripple America and end the dominance of the United States in world affairs.  And in this day and age, there are hundreds of millions of people around the planet that would love to see that happen.The first 3 things to do during a disaster. SURVIVE A Electromagnetic ATTACK-video 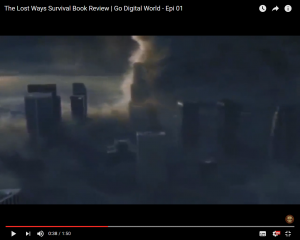