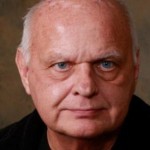 A brain surgeon walked six miles through a snowstorm in Alabama on Tuesday to perform life-saving surgery.

Dr Zenko Hrynkiw was at Brookwood Medical Center in Tuesday morning when he was needed for emergency brain surgery miles away at Trinity Medical Center.

The problem was the sudden snowstorm had locked down traffic, and the neurosurgeon didn't get farther than a few blocks by vehicle.

'The cell service was bad so we were fading in and out,' said Steve Davis, charge nurse in the neuro intensive care unit at Trinity. 'At one point, I heard him say, "I'm walking."'

Davis had alerted authorities, and they were looking for him. There were supposed sightings, but no one could find him.

The police were looking for him,' Davis said.

Hours had gone by since the initial contact in the morning.

'He finally called me and said, "Where's the patient? What's the status?"' Davis said. 'He spoke to the family and went off to surgery.'

It was an emergency surgery for a traumatic brain injury. Hrynkiw is Trinity's only brain surgeon, Davis said.

'Without the surgery, the patient would have most likely died,' Davis said. 'But he is doing well.' 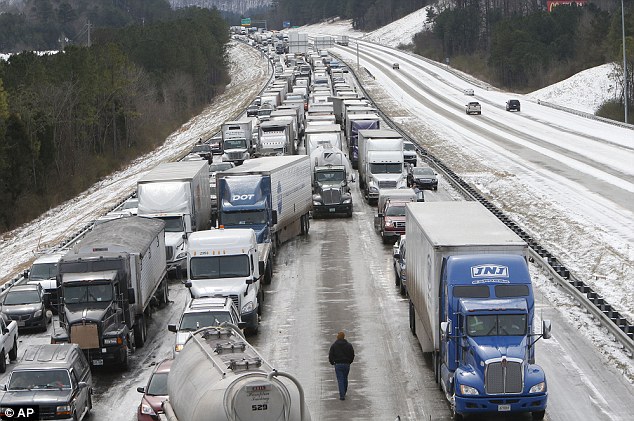 Davis said he and colleagues at Trinity were estimating the hike to the Montclair Road hospital at about eight miles, although Google Maps puts it at about six. The extreme weather Tuesday has been blamed for five deaths statewide and it stranded untold thousands away from their homes.

'This just speaks volumes to the dedication of the man,' Davis said. 'When I saw him, all I could say was "You are a good man."'

Davis said Hrynkiw takes good care of himself and frequently walks for exercise.

The doctor was hardly the only person to talk miles through the storm. Roads around metro Birmingham were still lined with thousands of abandoned cars and trucks on Thursday.