Steamboat first spewed boiling water into the sky on March 15, then on April 19 and finally on April 27.

Yellowstone authorities admitted they have not seen this level of geyser activity at the Yellowstone volcano caldera in at least 15 years.

This amount of intense activity has sparked fears in online discussions, Yellowstone volcano could be gearing up for an imminent eruption.

Phantom Thief, @oumakokitty, said on Twitter: “Yellowstone has a massive supervolcano underneath it which is due to erupt and send the world into an ash-induced ice age because it will block the rays from the sun.

“Not even considering the damage the eruption will do to the US and how many lives will be lost because of it.”

They added: “This is one of my greatest fears.”

JC Ocon also tweeted: “Steamboat Geyser erupts for a third time. Could this be a precursor of something more ominous to occur at this site or elsewhere?

“Yellowstone National Park geologists have not addressed why the geyser has suddenly started eruption activity within a six-week span of time.”

Ian Donaldson, @Idon6661, added: “Dear God, don't let this be the precursor of a super-volcano event – not sure the country could survive that.”

However despite the ominous messages online, authorities have stressed there are absolutely no signs a Yellowstone eruption is imminent.

RECOMMENDED : Just Like Doxycycline: The Antibiotic That Grows in Your Backyard

The US Geological Survey (USGS) addressed some of these concerns today, stressing eruptions are natural part of geyser activity.

Yellowstone Supervolcano May Erupt Sooner Than Thought, Wiping Out the Planet

A giant hole suddenly appearing in the Antarctica ice pack and now news that a supervolcano in Yellowstone could erupt a lot sooner than scientists imagined have scientists puzzled all over the world.

Scientists previously believed that we had centuries before the supervolcano erupted again, but now it's believed that we might only have a few decades to prepare this time around, which is more than a little disconcerting to put it mildly. It might be a good time to break out that bucket list to attempt as much as you can.

UPDATE  : How You Protect Yourself When a Quake Hits Might Be All Wrong -How to Prepare Your Home for Natural Disasters

By analyzing the last eruption to take place, a team of researchers at Arizona University and scientists have estimated how long it took for the required amount of magma to build up in the main chambers for a super eruption. The early findings show it happened really, really fast.

The last major eruption at Yellowstone, one of the world's largest active supervolcanoes, took place around 640,000 years ago, sending about 240 cubic miles of volcanic ash, dust, and rock into the sky. If the volcano were to go off today, the results would be catastrophic.

NASA has said that supervolcano eruptions are a bigger threat to life than any asteroid, which is a pretty interesting thought to consider. Graduate student Hannah Shamloo says:

"It's shocking how little time is required to take a volcanic system from being quiet and sitting there to the edge of an eruption."

It was expected that the magma build up would take thousands of years, not decades. As it turns out, if the supervolcano were to erupt now, it would be the end of the world as we know it. Shamloo had this to say.

"If something like this happened today, it would be catastrophic... We want to understand what triggers these eruptions, so we can set up warning systems. That's the big-picture goal."

If an eruption were to take place today, experts estimate a blanket of ash would cover most of the U.S. The ash would be centimeters thick throughout the American Midwest and would certainly disrupt livestock and crop production.

Thick deposits could threaten building structures and clog sewer and water lines. Electronic communications and air transportation would be shut down throughout North America. In addition, there would obviously be major climate effects that nobody would be able to deny.

ALSO READ-The Yellowstone Supervolcano Is a Disaster Waiting To Happen

The study has been going on for more than 4 years at Arizona State University, but the researchers and scientists cannot predict when the Yellowstone supervolcano will erupt. The findings could go a long way to serve as something of an early warning system for a potential blast at the very least.

By monitoring what's going on underneath Yellowstone, researchers can track changes to the magma and be on alert if it starts accumulating at a rapid speed. Yellowstone is one of the most closely watched volcanoes in the world, with a bunch of sensors and satellites that track any and all detectable changes and for now, at least, geologists aren't terribly concerned. 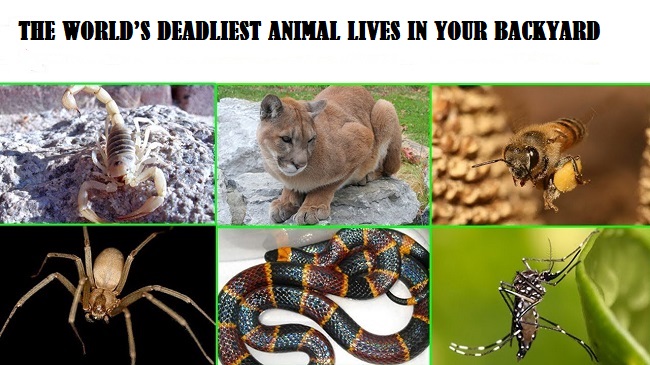