UPDATE:2/28/2016
MUST READ-Turkish Gov’t MEMO Proves Turkey Covertly Recruiting and Housing Al-Qaida Terrorists to Fight Inside Syria!
On Thursday night the U.S. test-fired its second intercontinental ballistic missile (ICBM) in the last seven days, as a clear warning to Russia that America is prepared to use a nuclear missile against Russia in the future.
The Minuteman III missile was fired from the Vandenberg Air Force Base in California, racing across the sky at 15,000 mph before landing 30 minutes later at Kwajalein Atoll in the Marshall Islands of the South Pacific.

Deputy Defense Secretary Robert Work who witnessed the launch warned Russia that, “We,America are prepared to use nuclear weapons in defense of our country if necessary”.

The entire launch was caught on the following video, which was released by Vandenberg just 4 days after the previous ICBM launch.

What was more disturbing than the actual launch, however, was the rhetoric behind it: instead of passing it off as another routine test, and letting US “adversaries” make up their own mind about what is going on, Deputy Defense Secretary Robert Work, who witnessed the launch, said the U.S. tests, conducted at least 15 times since January 2011, send a message to strategic rivals like Russia, China and North Korea that Washington has an effective nuclear arsenal. “That’s exactly why we do this,” Work told reporters before the launch.

Of course, the #1 unspoken rule when launching ICBMs is to never explicitly say why you are doing it. By breaking said rule, it marks a much greater escalation in international diplomacy than merely test firing the nuclear-capable ballistic missile.

That, however, was not an issue and Work piled on, with the following stunner:

“We and the Russians and the Chinese routinely do test shots to prove that the operational missiles that we have are reliable. And that is a signal … that we are prepared to use nuclear weapons in defense of our country if necessary.”

As Reuters adds, demonstrating the reliability of the nuclear force has taken on additional importance recently because the U.S. arsenal is near the end of its useful life and a spate of scandals in the nuclear force two years ago raised readiness questions.

The Defense Department has poured millions of dollars into improving conditions for troops responsible for staffing and maintaining the nuclear systems. The administration also is putting more focus on upgrading the weapons.

That said, the irony of the Nobel Peace Prize winner re-escalating the arms race was not lost on Reuters: the nuclear spending boost is an ironic turn for a president who made reducing U.S. dependence on atomic weapons a centerpiece of his agenda during his first years in office.

Obama called for a world eventually free of nuclear arms in a speech in Prague and later reached a new strategic weapons treaty with Russia. He received the Nobel Peace Prize in part based on his stance on reducing atomic arms.  “He was going to de-emphasize the role of nuclear weapons in U.S. national security policy … but in fact in the last few years he has emphasized new spending,” said John Isaacs of the Council for a Livable World, an arms control advocacy group.

Perhaps the Nobel committee should watch the video above and decide if it is not too late to ask for their prize back.

And just like that the nuclear arms race is back.

Critics say the Pentagon’s plans are unaffordable and unnecessary because it intends to build a force capable of deploying the 1,550 warheads permitted under the New START treaty… Hans Kristensen, an analyst at the Federation of American Scientists, said the Pentagon’s costly “all-of-the-above” effort to rebuild all its nuclear systems was a “train wreck that everybody can see is coming.” Kingston Reif of the Arms Control Association, said the plans were “divorced from reality.”

Work said the Pentagon understood the financial problem. The department would need $18 billion a year between 2021 and 2035 for its portion of the nuclear modernization, which is coming at the same time as a huge “bow wave” of spending on conventional ships and aircraft, he said.

“If it becomes clear that it’s too expensive, then it’s going to be up to our national leaders to debate” the issue, Work said, something that could take place during the next administration when spending pressures can no longer be ignored.

As a reminder, the last time the U.S. engaged in a nuclear arms race with the USSR, it led to the collapse of the “evil empire.” It would be even more ironic that Obama launching nuclear rockets if this time around the tables on the ultimate loser are turned.

In the meantime, just think of all the GDP-boosting “broken windows” that would result from a nuclear war. 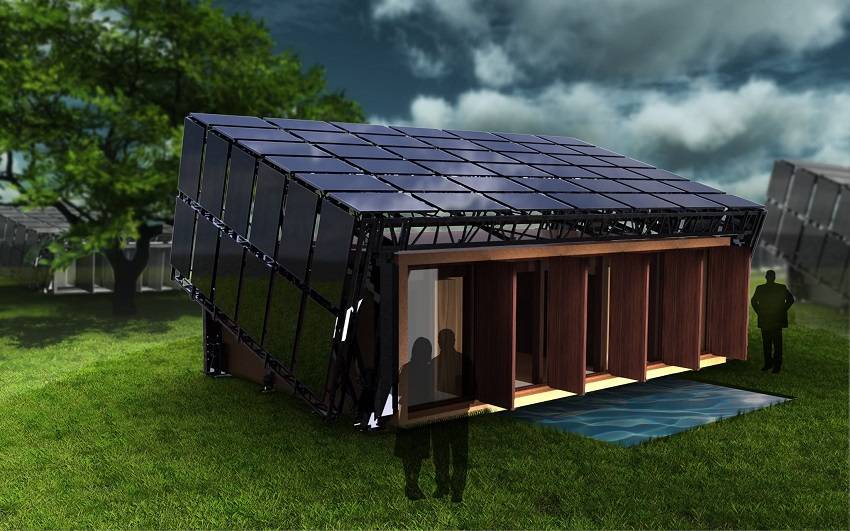 How to Build a Completely Off-the-Grid, Self-Sustaining ...

A Grandparent's Answers For This 2 Big ...