Home›End Of The Days›World War III Escalation : 5 Places World War III Could Start in 2017 - That Shocked the World-VIDEO

End Of The Days, News, Trump Scandal, War
by N678sdrtopert 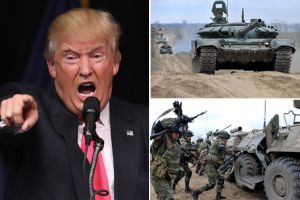 The Trump administration enters office in an unsettled time. For a variety of reasons (some directly connected to Trump’s rhetoric), the great powers face more uncertainty than at any time in recent memory.  In the first few months of Trump’s presidency (indeed, perhaps even before his presidency begins) the United States will have to navigate several extremely dangerous flash points that could ignite, then escalate, conflict between the US, Russia, and China.

Reportedly, President Obama suggested to President Trump that North Korea policy would represent the first big test of his administration. North Korea continues to build more and more effective ballistic missiles, as well (most analysts suspect) to expand its nuclear arsenal.  While the economy and political system remain moribund, the state itself has shown no inclination to collapse.

Moreover, South Korea has mired itself in a serious political crisis of its own.  Conflict could erupt in any of several ways; if the United States decides to curtain North Korea’s ballistic missile programs with a preventative attack, if North Korea misreads US signals and decides to preempt, or if a governance collapse leads to chaos. As was the case in 1950, war on the peninsula could easily draw in China, Russia, or Japan.

Recent Russia victories in Syria appear to have paved the way for the Assad regime to shift the civil war to a new phase. The United States declined to intervene in defense of Aleppo, instead concentrating its forces on Iraq and the fight against ISIS. The Obama administration will not contest Russia’s support of Assad, and there is little to indicate that the Trump administration will seek confrontation.

But while the most dangerous moments may have passed, US and Russian forces continue to operate in close proximity of one another. The US airstrike near Deir al-Zour, which killed sixty-two Syrian troops, derailed the prospect for US-Russian cooperation in Syria.  A similar event, launched either by Russian or American forces, could produce retaliatory pressures in either country. Moreover, the presence of spoilers (terrorist groups and militias on either side, as well as a variety of interested states) serves to increase complexity, and the chances for a miscalculation or misunderstanding. 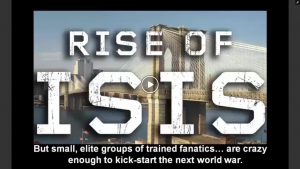 The United States, Russia, and China are not at “war” in cyberspace, notwithstanding the success of Russian efforts to intervene in the US Presidential election, or the ongoing Chinese efforts to steal intellectual property and technology from US companies. However, the US security establishment may feel an increasing need to respond to what it views as Russian and Chinese provocations, if only to deter other attacks against critical US cyber-assets.

Specialists disagree over whether even a serious escalation over current activity would constitute a cyber-“war.” And the agencies delegated with responsibility over offensive cyber-capabilities have proven loathe to use them; attacks on critical vulnerabilities often only work once. Still, if China, Russia, or other actors come to believe that they can attack the US without fear of response, they may end up pushing the US government into costly responses that could create an unfortunate escalatory spiral.

Fellow American,I urge you to put everything else aside for a moment and read this URGENT news before it’s too late.

Initial reports suggested that President Trump might continue the policy of the Bush and Obama presidencies to push for an increasingly deeply US-India relationship. Indeed, Trump’s campaign scored an unlikely degree of support from Hindu nationalists in the United States, who tend to favor confrontation with Pakistan.

Trump’s phone call with Pakistani Prime Minister Nawaz Sharif threw these assumptions into chaos.  Trump seemed to suggest a role for himself as mediator in the Kashmir dispute, a position that goes strongly against Indian preferences. Analysts in India and the United States worry that Pakistan might take this message as a green light for increasing militant operations in and around Kashmir, and for taking other escalatory steps.  On the other hand, India might feel the need to pre-empty perceived Pakistani preparations by conducting its own operations along the line of control. And if either side decides to escalate, then the US and China could easily find themselves drawn into a conflict.

DON’T GET ME STARTED :Trump to China: “Either You Solve the North Korea Problem Or The United States Will”

Perhaps the greatest chance of danger lies in the Baltic region. Allegations about President Trump’s connections to Russian intelligence have flown fast and furious over the past weeks.  What is not in doubt is that Trump has put America’s commitment to the NATO security guarantee into doubt. Potentially, this could have several salutary effects; it could convince the Europeans to increase their own defense expenditures, it could de-escalate tensions with the Russians, and it could ameliorate the perceived over-extension of US defense commitments.

In the short run, however, opportunities for miscalculation loom large. Moscow could underestimate the commitment of the US security establishment to the Baltics, and undertake inflammatory measures under the assumption that the Americans will back down. This would put a core US defense commitment to the test; if Moscow judges Trump (or the broader American security establishment) wrongly, serious conflict could result.

Uncertainty drives all of these concerns. No one has a good handle on what the Trump administration will do (not Moscow, and not even Washington), on major foreign policy questions.  This leaves many countries facing difficult calculations of risk and opportunity. And political scientists, among others, have long argued that misperception, uncertainty, and disagreement about risk tend to drive conflict. President Trump’s advisors will have to work very hard to steer him through these potential crises.

Robert Farley, a frequent contributor to TNI, is author of The Battleship Book. He serves as a Senior Lecturer at the Patterson School of Diplomacy and International Commerce at the University of Kentucky. His work includes military doctrine, national security, and maritime affairs. He blogs at Lawyers, Guns and Money and Information Dissemination and The Diplomat. 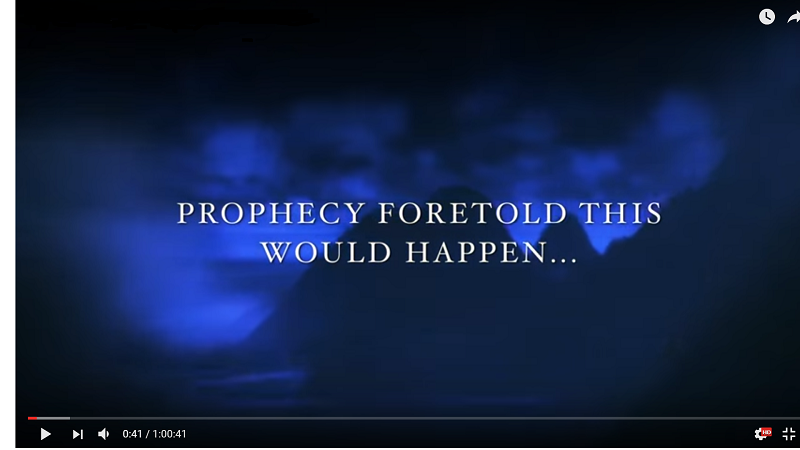 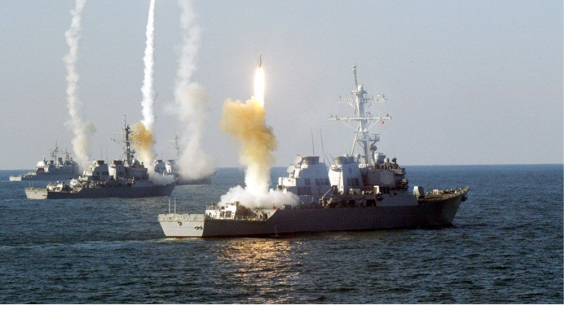