Home›End Of The Days›VIDEO: Innocent Man Stands Up To Entire SWAT Team Raiding His Home With No Warrant

VIDEO: Innocent Man Stands Up To Entire SWAT Team Raiding His Home With No Warrant

End Of The Days, FEMA, News, War, Weapons
by N678sdrtopert 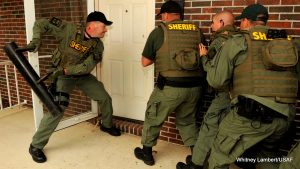 Odessa, TX — On Thursday morning, an Odessa man and his family were rudely awakened by a dozen militarized DEA and SWAT officers with AR-15s at their front door. Instead of cowering to the men who were clearly not authorized to be there, this man stood his ground and sent them on their way.

“We were rudely awakened, they just started banging on the door,” said the man who wishes to remain anonymous in an interview with KEPJ News, “I just didn’t like the way they did it.”

Ector County SWAT team was assisting the DEA in a raid on Tripp Avenue when they simply decided to move to the next house and attempt to enter without a warrant. The next house belonged to this innocent man, who was angered by such a vulgar display of incompetent power.

As the SWAT team tries to enter the man’s home without a warrant, he began filming and giving them a piece of his mind.

After their verbal beating, the cops finally left but not before one of them flipped him off.

On Friday, while speaking with KPEJ, the agency released the following statement regarding the matter:

“On May 5, 2016, agents from the Drug Enforcement Administration executed a federal search warrant on Tripp Avenue. During the course of this same investigation, agents contacted (the resident) who resides at a nearby residence. (The resident) was uncooperative with the agents so they departed the premises without incident.”

Luckily for the man filming, he and his family were not held at gunpoint, forced from the home, arrested, or worse. All too often we see instances of incompetent SWAT teams raid the wrong home and unapologetically assault, maim, or otherwise murder the occupants.

UPDATE- WARNING: -According To 4 Major Biblical Prophets Something Truly Terrifying is Coming Our Way, And it Will Hit Homeland Before the 1St of January 2017…

Case after case we see SWAT teams kick down doors to homes, shoot dogs, throw grenades at babies, and even kill innocent people because they are at the wrong house, or acting on incorrect information.

Marianne Diaz and her children were asleep during the pre-dawn hours of August 18 when a gang of heavily armed militarized men kicked in the door to their apartment and began terrorizing this family. Diaz was woken up by the sound of multiple doors being kicked in. The next thing she knew, she was naked and on her knees, looking down the barrels of several AR-15 rifles. “Stop f**king crying and take care of your f**king kids,” she quoted one officer as saying. According to Diaz, the militarized gang would keep her in this state of terror, completely nude, for ten minutes. 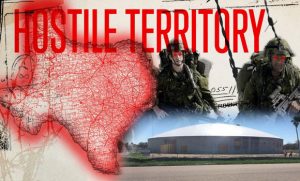 ARTICLE-MARTIAL LAW WARNING: To All Americans GOV Will Move Up Citizens Into FEMA Camps 2016-Find The FEMA Camp Nearest You

Tabatha Werkmeister, Grinage Dion Wilson and their four young children, ages 2 through 9 were subject to violent militarized men kicking in their door in a predawn raid in January of last year. These armed men threw a smoke bomb into their home and forced the family, who was barefoot and in their pajamas, into the 20-degree snowy weather outside. To provide them with a bit of police state comfort, they were forced into the back of an unheated SWAT vehicle for nearly an hour before the SWAT team realized they were at the wrong home.

When you turn on the news and you hear a story about an innocent family being attacked in their home, do you feel safe? I know I sure didn’t for the longest time. I always worried 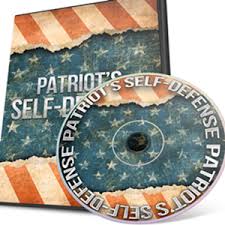 it would happen to my family, to my children. What would I do if confronted with a life or death situation? I honestly didn’t know. I liked to think I would save my family, but a tragedy that happened in my home state got me thinking how lucky I was that it hadn’t been me. So I decided I needed to change that. Thus began my long journey into the study and mastery of self-defense.

I tried many programs, trainers, systems, and products from all over the world. I tried programs made by MMA fighters, by Kung Fu artists, by Boxers, and more. But it wasn’t until I found the Patriot’s Self-Defense Program that I truly felt I could keep my wife and kids safe through anything. Click Here To Download Patriot Self Defense

Matt Agorist is the co-founder of TheFreeThoughtProject.com, where this article first appeared. He is an honorably discharged veteran of the USMC and former intelligence operator directly tasked by the NSA. This prior experience gives him unique insight into the world of government corruption and the American police state. Agorist has been an independent journalist for over a decade and has been featured on mainstream networks around the world. 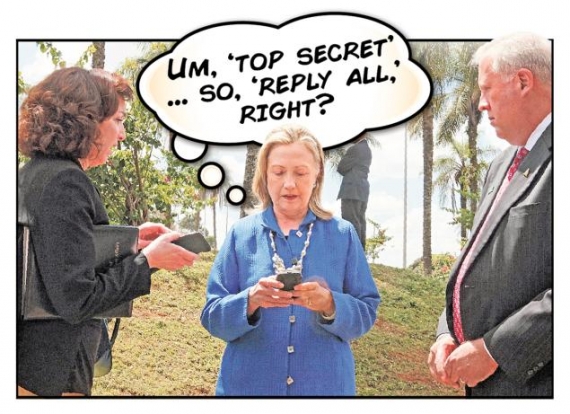 BREKING:RUSSIANS HAVE ALL CLINTON SERVER EMAILS! US ...