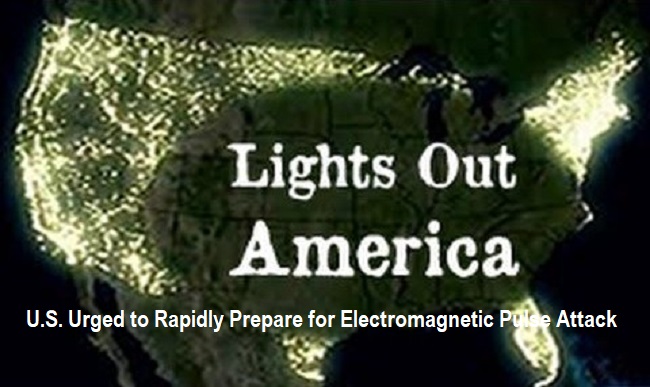 The United States is vulnerable to a devastating electromagnetic pulse event caused by a high-altitude nuclear blast or solar superstorm, according to a recently published book.

Peter Pry, a former CIA analyst and author of the book EMP Manhattan Project, is urging the government to rapidly harden the U.S. electric power system against EMP similar to the three-year crash program to build the first atomic bomb in 1942.

“Today the United States and the world faces another existential threat—from an electromagnetic pulse (EMP) catastrophe that can be caused by nature or man, and topple the technological pillars of modern electronic civilization,” said Pry, who served on a congressional EMP commission in the early 2000s. 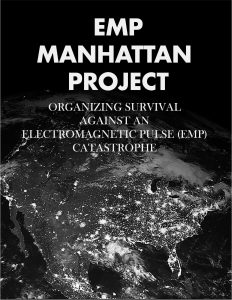 The book contains fresh assessments of the EMP threat produced by a more recent congressional commission last year that concluded the United States would suffer millions of deaths from a major EMP incident.

EMP was discovered in the 1960s during above-ground nuclear tests. The tests showed a nuclear blast created a pulse capable of disrupting or destroying electronic devices over large areas, in some cases over 1,000 miles away.

The latest EMP commission found the United States is confronted with “a present and continuing existential threat from naturally occurring and manmade electromagnetic pulse assault and related attacks on military and critical national infrastructures.”

An EMP event would produce an electric power outage over large areas of the country that could last for a year or longer.

Emergency systems, such as generators, also are vulnerable to damage from EMP.

EMP events would disable critical supply chains and plunge the entire country into living conditions similar to those of centuries ago prior the use of electric power.

“An extended blackout today could result in the death of a large fraction of the American people through the effects of societal collapse, disease, and starvation,” the commission stated in its July 2017 report.

“While national planning and preparation for such events could help mitigate the damage, few such actions are currently underway or even being contemplated.”

William R. Graham, former head of the EMP commission, stated in a preface to the book that a nationwide electrical blackout of one year “could kill millions, perhaps prove fatal to most Americans, by starvation, disease, and societal collapse.”

The book warns that China, Russia, North Korea, and Iran are preparing to use EMP attacks combined with traditional military strikes and new cyber attacks in future conflicts.

The threat was highlighted by North Korea’s announcement in state-run media in September 2017 that the country’s thermonuclear device could be detonated at high altitude and produce “great destructive power … for superpowerful EMP attack.”

North Korea is suspected of cooperating with Iran on EMP and warhead miniaturization technology.

China is known to be developing nonnuclear EMP bombs that would simulate the effects of EMP from a nuclear explosion.

Russia’s EMP weapons program is said to include both strategic and tactical EMP arms, some of which reportedly are designed as antiaircraft weapons.

“Foreign adversaries may aptly consider nuclear EMP attack a weapon that can gravely damage the U.S. by striking at its technological Achilles Heel, without having to confront the U.S. military,” the book states.

Pry blamed bureaucratic politics and government bungling for the fact that the most recent EMP commission report revealed that recommendations made by the earlier EMP panel in 2008 were never implemented.

“A new finding of the congressional EMP commission—that notes not a single recommendation of the original EMP commission has been implemented since 2008, a decade ago—is that the chief impediment to protecting the American people from EMP is not technology or cost, but the incompetence of the U.S. government,” Pry said in a email to the Free Beacon.

“Bureaucratic politics has been the chief impediment,” he added noting the Defense, Homeland Security, and Energy Departments as well as the U.S. Federal Energy Regulatory Commission “have all failed in their duty to make EMP protection of life-sustaining critical infrastructures a high priority, and have failed to work together to achieve the necessary protection.”

President Trump, however, has made dealing with EMP a priority.

“President Trump deserves high praise for being the first president to include EMP protection of the electric grid and other life-sustaining critical infrastructures in his new National Security Strategy,” Pry said. 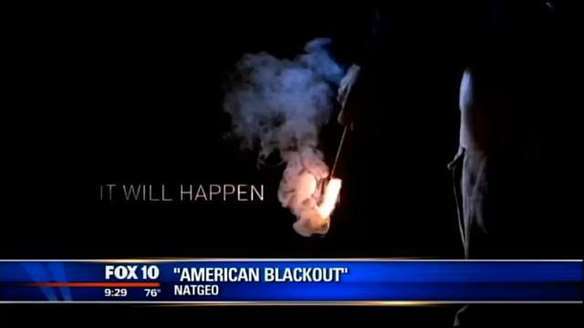 Congress passed the Critical Infrastructure Protection Act in 2016 directing Homeland Security to make plans to survive and recover from EMP a high priority.

“But Obama holdovers and the permanent Washington bureaucracy think they know better than the president, the Congress, and the EMP commission,” Pry said. “Only in Washington do endless studies, meetings, and conferences on EMP count as action.”

The Pentagon, Pry added, is holding up publication of several EMP commission reports that were ready for publication at the end of last year.

“What is needed is for President Trump to appoint an executive agent, as President Franklin Roosevelt did in General Lesley Groves to head the WWII Manhattan Project that invented the atomic bomb,” Pry said.

The executive agent would be able to cut through federal bureaucratic roadblocks.

Pry suggested that Trump could follow the example of President Dwight Eisenhower who personally oversaw development of the national highway system in the 1950s.

The cost of a high-priority counter-EMP program is relatively modest compared with the original Manhattan Project.

Pry estimates that the nuclear bomb project that required new technology and machines cost about $20 billion in current dollars.

The congressional EMP Commission calculated that the cost of hardening the national electric grid would be about $2 billion dollars.

Natural EMP can be caused by magnetic solar superstorms, like the Carrington Event in 1859, that if repeated today would cause widespread electrical disruptions, blackouts, and damage to electric grids.

A nuclear EMP attack could be carried out with a single nuclear weapon detonated at high altitude or a few weapons set off 200 miles above earth.

“Russia, China, and North Korea now have the capability to conduct a nuclear EMP attack against the U.S.,” the book states. “All have practiced or described contingency plans to do so.” 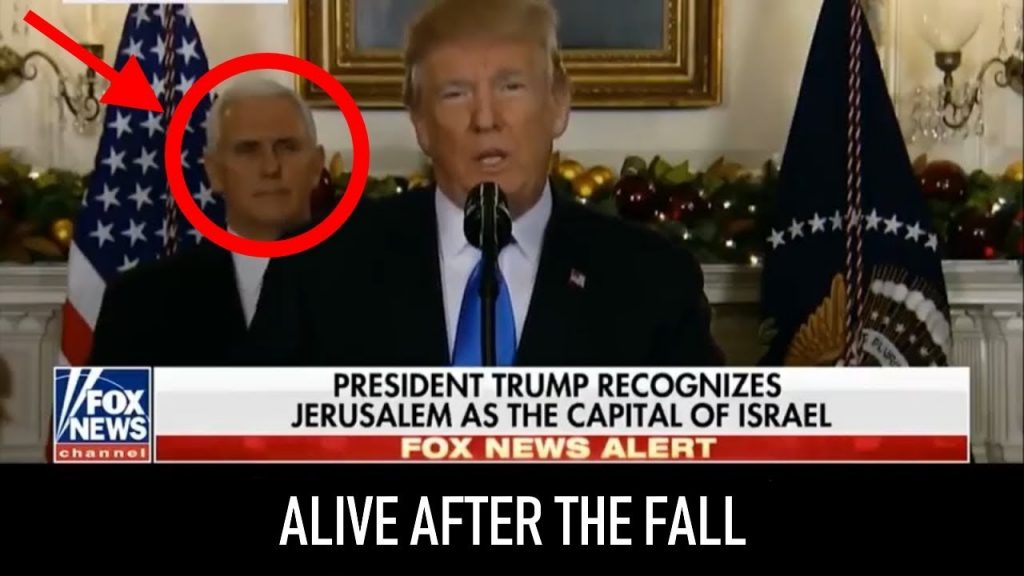 Terrorist or other less-sophisticated adversaries also might use EMP if they were to obtain a nuclear weapon.

Other non-EMP threats to the U.S. electric grid include cyber attacks designed to cause blackouts and sabotage against extra-high-voltage transformers using rifles, explosives, or nonnuclear EMP or directed energy weapons.

Pry, who specialized in Moscow’s nuclear war planning during 10 years at CIA, currently is executive director of the EMP Task Force on National and Homeland Security, a congressional advisory board. 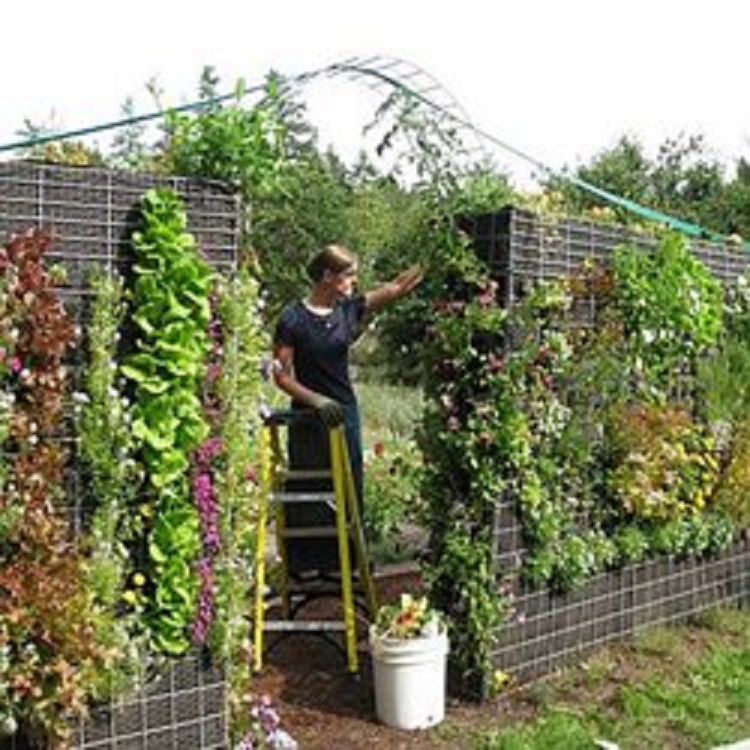 VERTICAL GARDENING: THE KEY TO A LACK … 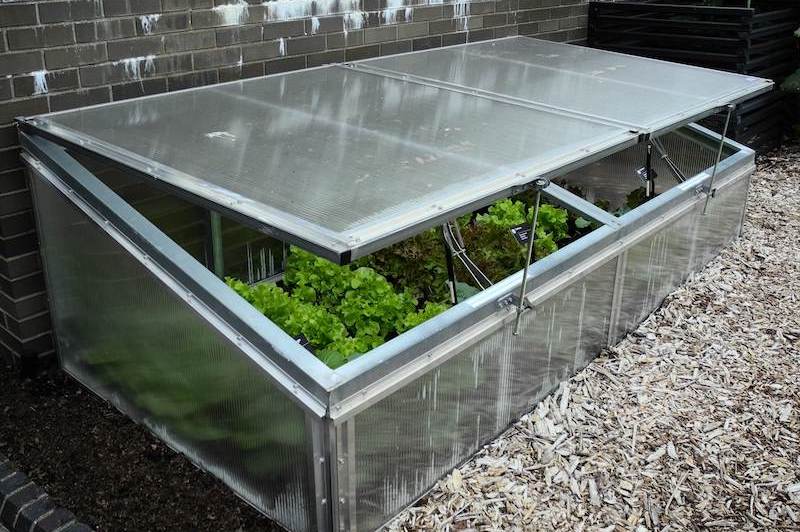