Home›Natural Disaster›The Solar Max Has Begun: 28 Flares Erupt from Sun in One Week

The Solar Max Has Begun: 28 Flares Erupt from Sun in One Week 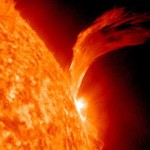 Every 11 years the sun goes through a period referred to by astronomers and scientists as the Solar Max, or Solar Maximum, when the sun experiences its peak activity with the potential to consistently release powerful solar flares and coronal mass ejections towards earth.

In the last week the sun has sent 28 solar flares hurtling into space, some of them rated as X-Class, the most powerful flares the sun can produce.

Since October 23 the Sun has let loose with 24 medium-strength M-class solar flares, and four X-class flares – the most powerful kind.

In fact, with our local star heading towards the peak of its 11-year cycle, a period known as the solar maximum, this shouldn’t be unusual. But lead up to the solar max has been unusually subdued this year.

There are another kind of solar phenomenon that send billions of tons of particles into space that can reach Earth one to three days later.

Like the radiation from solar flares, these particles cannot travel through the atmosphere to harm humans on Earth; but they can affect electronic systems in satellites and on the ground.

In September of this year Congresswoman Yvette Clarke, who sits on the House Homeland Security Committee, warned that the chance of a powerful geo-magnetic event striking earth at some point in the future is 100%.

And though no flares from the sun’s solar max cycle this year have lead to any serious damage, radio blackouts were reported across earth as a result of both, the M-class and X-class flares.

None of the X-class flares were earth directed, meaning they either missed earth completely or brushed up against our atmosphere and bounced off into space.

However, NASA has previously warned that an earth-directed flare could lead to serious power surges to satellites circling earth as well as electrically dependent systems across the globe, affecting everything from GPS location services to the electrical power grids on which billions depend.

It would take a large solar flare, also referred to as a kill shot, to cause serious damage, but those do occur, albeit not as frequently as M-class and lower end X-class flares.

In 2003 a non earth-directed solar flare was recorded as an X-45 flare, the highest rated flare ever observed. The previous record was held by an x-20 flare recorded in April of 2001. Had the X-45 been earth directed it could have potentially knocked out the entire electrical system of the United States, modern vehicles, and standard household appliances.

A report from the Center for Security Policy recently distributed to Congress suggests that in the event of a long-term outage that takes down the U.S. power grid, upwards of 90% of Americans would be dead within a year.

In such an event, those who failed to prepare for large-scale down grid scenarios would be left to deal with the rapid societal breakdown that would follow as food transportation systems, utilities and everyday commerce cease to function. 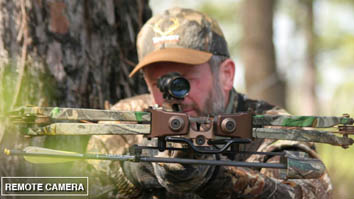