There is an unprecedented convergence of events falling on this September. The only prediction I will make with certainty is that by the start of October life as we know it will change forever.Whether you are a prophecy buff, a skeptic or both, it is my belief that the overwhelming events of significance pointing to this month should cause anyone pause. The underlying premise for anyone to accept the magnitude of what follows is simply this: the nature of man is evil and there are forces at work who seek power and self interest above all else.

For we wrestle not against flesh and blood, but against principalities, against powers, against the rulers of the darkness of this world, against spiritual wickedness in high places. Ephesians 6:12

3. Year of light begins 9/14: The International Year of Light and Light-based Technologies, 2015 (IYL 2015) is a United Nations observance that aims to raise awareness of the achievements of light science and its applications, and its importance to humankind. Lucifer in Latin means “light bringer”.

4. Jade Helm 15 ends 9/15. There are many websites and videos available to dig deeper into the significance behind this drill. The name and emblem alone should be concerning.

5. International Day of Peace 9/21, “For when they shall say, Peace and safety; then sudden destruction cometh upon them, as travail upon a woman with child; and they shall not escape.” 1 Thessalonians 5:3

6. Day of Atonement/ Yom Kippur 9/23. The holiest day of the year for Jews, observed by fasting and repentance. This was the day Moses went before God to seek atonement for the sin of the golden calf. (Interesting that in 2015 the Cleveland CAVs who wear gold uniforms played in the NBA Finals. Furthermore, the city of Cleveland was founded by Gen. “Moses” Cleaveland)

7. Year of Jubilee 9/23. Each cycle of 7 years of 7 is followed by a Sabbath year of rest where debts are forgiven.

9. Feast of Sacrifice or Eid al-Adha, is a major Muslim holy day celebrated this year on Sept 23-24. This is the festival where Islam celebrates Abraham’s willingness to sacrifice Ishmael. (Islam believes Ishmael, not Isaac was the promised son.) Here is what Genesis 16:12 says about Ishmael, This son of yours will be a wild man, as untamed as a wild donkey! He will raise his fist against everyone, and everyone will be against him. Yes, he will live in open hostility against all his relatives.”

10. June 7 1967 to Sept 23 2015 = 2520 weeks, the duration of the 70th week of Daniel in days. Interesting that it matches up precisely. This is a method of understanding prophecy by applying days to weeks and weeks to years. God’s patterns are perfect. “MENE, MENE, TEKEL, UPHARSIN,” in Daniel 5 has a numeric value of 2520. Twenty5twenty.net has more information on this specific topic I encourage you to check out.

11. 9/23 266th day of year…earliest a woman’s pregnancy is full term. It is also the day the 266th pope arrives in the United States. “A woman when she is in travail hath sorrow, because her hour is come: but as soon as she is delivered of the child, she remembereth no more the anguish, for joy that a man is born into the world.” John 16:21

12. CERN 9/23-9/24, Facelikethesun youtube channel by Gonz Shimura, points out that prior to CERN taking down the information they had displayed on their website a schedule indicating they would be breaking through to a different dimension. A top official for CERN when asked a few months ago when she anticipated being able to discover dark matter, replied “mid-September”. Remember, CERN has Shiva, the Hindu god of destruction in front of their facility and a clear 666 on their emblem.

Furthermore, it should be noted that CERNunnos is the name given to the horned goat god in Celtic mythology. From wikipedia:

“The theonym [C]ernunnos appears on the Pillar of the Boatmen, a Gallo-Roman monument dating to the early 1st century CE, to label a god depicted with stag’s antlers in their early stage of annual growth.Both antlers have torcs hanging from them.The name has been compared to a divine epithet Carnonos in a Celtic inscription written in Greek characters at Montagnac, Hérault (as καρνονου, karnonou, in the dative case).A Gallo-Latin adjective carnuātus, “horned,” is also found.

The Proto-Celtic form of the theonym is reconstructed as either *Cerno-on-os[dubious – discuss] or *Carno-on-os. The augmentative -on- is characteristic of theonyms, as in Maponos, Epona, Matronae, and Sirona.Maier (2010) states that the etymology of Cernunnos is unknown, as the Celtic word for “horn” has an a (as in Carnonos).

Gaulish karnon “horn” is cognate with Latin cornu and Germanic *hurnaz, English horn, ultimately from Proto-Indo-European *k̑r̥no-.The etymon karn- “horn” appears in both Gaulish and Galatian branches of Continental Celtic. Hesychius of Alexandria glosses the Galatian word karnon (κάρνον) as “Gallic trumpet”, that is, the Celtic military horn listed as the carnyx (κάρνυξ) by Eustathius of Thessalonica, who notes the instrument’s animal-shaped bell.The root also appears in the names of Celtic polities, most prominent among them the Carnutes, meaning something like “the Horned Ones,” and in several personal names found in inscriptions.”

You can try to conceal the meaning in an acronym, but I believe CERN, particularly with its Shiva statue and 666 emblem is hiding in plain site. The horned god, goat god, Shiva, 666, Zeus, Apollyon, Abaddon, The Destroyer, The Serpent, Lucifer, Satan, The Devil, Poseidon, Dionysus etc… You can call any number of gods whatever you would like but they always bow to the same leader and the always display their allegiance in plain site, this is clearly the case here.

13. Madonna concert in DC “opening theme, desecration of bride and arrival of fallen angels mid-September, just prior to pope’s arrival.Here is a photo from one of Madonna’s recent concerts. Just art right? No agenda here

14. September 24th Pope Francis addresses US Congress for the first time in history.

15. Pope will address UN and issue encyclical on the 25th

VIDEO: Our Own Government And Secret Church Leaders Are Engaged In A Massive Cover-Up…

17. Pope visiting church of Philadelphia 9/26. Revelation 3:10-11 to the Church of Philadelphia, “Because you have kept My command to endure, I will also keep you from the hour of testing that is going to come over the whole world to test those who live on the earth. I am coming quickly. Hold on to what you have, so that no one takes your crown.”

18. May 13th 2014 – 500 day limit of climate chaos Sept 25. The bizarre press conference with John Kerry and French Foreign Minister where they repeatedly state that “we have 500 days before global climate chaos.” This video should’ve had everyone scratching their head “what the hell is he talking about? or what does he know that we don’t?”

19. Tomorrowland Festival Sept 25-27 celebrated at 33rd degree parallel north. 33rd degree is the highest level of free masonry. An important number for occult rituals. Tomorrowland festival is the largest electronic music festival in the world. You can look up more if you are interested, but for the sake of this list just understand it is basically an Illuminati worship service, pride in the human condition all pointing to a one world, trans-humanist utopia.

20. Feast of Tabernacles, Sukkot or Feast of Booths is Sept 27-october 5th

22. Chinese president to visit US September. This will be his first time visit the US since taking over in 2012.

24. Muslim prophecy of Mahdi. Many devout Muslims believe their Mahdi will return in 2015. The Mahdi is the 12th Imam and they view him as a messiah. The Quran’s description of him directly parallels the Biblical Antichrist.

25. 9/15 70th session of UN General Assembly begins. It is believed France will issue a resolution to give the Security Council recognition of a Palestinian State.

27. An increasing number of references to September, specifically 9/23 in film. Renee M’s youtube chancel covers them exhaustively, though I believe her conclusions regarding the rapture are incorrect she has done a phenomenal job compiling information. Some examples: Tomorrowland, Fantastic Four, Heroes, Cast Away, Evan Almighty, Red Dawn, Iron Man, Simpsons, Lego Dimensions, I Frankenstein, Little Shop of Horrors, and numerous others.

Again we see 9/23 appear seemingly random. However, nothing is random.

32. The Amtrak train crashed in Philadelphia at 9:23pm. The Pope will address the church of Philadelphia on 9/26, but arrives in states on 9/23

33. Efraim Rodriguez years ago predicted a comet striking off the coast of Puerto Rico in September 2015. The only reason this is included is due to the amount of attention it has been receiving on alternative media.

34. Isaac Newton Prophecy, Daniel 9:25 “Know therefore and understand, that from the going forth of the commandment to restore and to build Jerusalem unto the Messiah the Prince shall be seven weeks, and threescore and two weeks: the street shall be built again, and the wall, even in troublesome times.” From wherewillyoube.org

Isaac Newton understood that this time period of the “seventy sevens” reference the Shemitah and Jubilee cycles found in the Hebrew calendar. A Shemitah cycle is 7 years in length and seven Shemitahs are equal to 49 years. The following year, the 50th, marks the beginning of the Jubilee year.

According to Newton’s prediction, the Great Tribulation (the Apocalypse) will begin exactly seven “sevens” after the Jews’ final return to Jerusalem. It was on June 7, 1967, that the Jewish people recaptured the city of Jerusalem at the end of the Six Day War. This event started the ticking of a prophetic “clock”.

36. International Monetary Fund and China: Christine Lagarde stated in July that September 15th would be the deadline to determine if the United States would grant China more power in the IMF. According to Reuters “The IMFC, which is one of the key governing institutions of the IMF, has decided that if by the 15th of September this matter is not resolved satisfactorily, then we have to select the interim step that we will take … to make sure that there is an element of down payment on the quota increase…”

You may recall the unsettling video where Lagarde eerily displays her obsession with numerology. This should give any thinking person the chills. Or at least make you say “what are we talking about here?!”

This list is by no means exhaustive, as I’ve left some things out as they require venturing too far down certain rabbit holes. I will probably add more as we get closer and additional information surfaces. Feel free to comment or email suggestions to include.

Even if you are one who does not believe the Bible, it is worth taking time to evaluate your place in this world. The individuals that seek to control the lives of others are making their final push. Those who hold to a Biblical worldview are being marginalized. Science is becoming the new god.

For God so loved the world, that He gave His only begotten Son, that whoever believes in Him shall not perish, but have eternal life. “For God did not send the Son into the world to judge the world, but that the world might be saved through Him.…John 3:16-17

If anyone hears My sayings and does not keep them, I do not judge him; for I did not come to judge the world, but to save the world. “He who rejects Me and does not receive My sayings, has one who judges him; the word I spoke is what will judge him at the last day. “For I did not speak on My own initiative, but the Father Himself who sent Me has given Me a commandment as to what to say and what to speak.…John 12:47-49 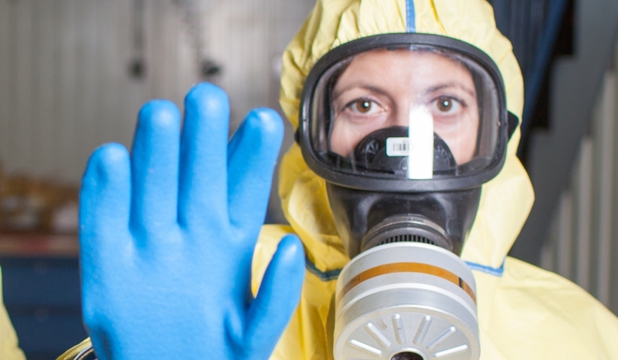