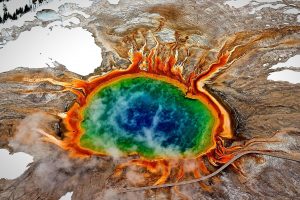 Yellowstone About To Blow? Scientists Warning Over SUPER-VOLCANO That Could Kill MILLIONS.

A new study of ancient ash suggests that the dormant giant could develop the conditions needed to blow in a span of mere decades.

Beneath Yellowstone National Park lies a supervolcano, a behemoth far more powerful than your average volcano.

It has the ability to expel more than 1,000 cubic kilometers of rock and ash at once — 2,500 times more material than erupted from Mount St. Helens in 1980, which killed 57 people. That could blanket most of the United States in a thick layer of ash and even plunge the Earth into a volcanic winter.

Yellowstone’s last supereruption occurred 631,000 years ago. And it’s not the planet’s only buried supervolcano. Scientists suspect that a supereruption scars the planet every 100,000 years, causing many to ask when we can next expect such an explosive planet-changing event.

To answer that question, scientists are seeking lessons from Yellowstone’s past. And the results have been surprising. They show that the forces that drive these rare and violent events can move much more rapidly than volcanologists previously anticipated.

The early evidence, presented at a recent volcanology conference, shows that Yellowstone’s most recent supereruption was sparked when new magma moved into the system only decades before the eruption. Previous estimates assumed that the geological process that led to the event took millenniums to occur.

If the supervolcano underneath Yellowstone erupts again, we may have far less advance warning time than we thought.

After analyzing minerals in fossilized ash from the most recent mega-eruption, researchers at Arizona State University think the supervolcano last woke up after two influxes of fresh magma flowed into the reservoir below the caldera.

And in an unsettling twist, the minerals revealed that the critical changes in temperature and composition built up in a matter of decades. Until now, geologists had thought it would take centuries for the supervolcano to make that transition.

A 2013 study, for instance, showed that the magma reservoir that feeds the supervolcano is about two and a half times larger than previous estimates. Scientists also think the reservoir is drained after every monster blast, so they thought it should take a long time to refill. Based on the new study, it seems the magma can rapidly refresh—making the volcano potentially explosive in the geologic blink of an eye.

“It’s shocking how little time is required to take a volcanic system from being quiet and sitting there to the edge of an eruption,” study co-author Hannah Shamloo told the New York Times.

Still, Yellowstone is one of the best monitored volcanoes in the world, notes Michael Poland, the current Scientist-in-Charge of the Yellowstone Volcano Observatory for the U.S. Geological Survey. A variety of sensors and satellites are always looking for changes, and right now, the supervolcano does not seem to pose a threat.

"We see interesting things all the time ... but we haven't seen anything that would lead us to believe that the sort of magmatic event described by the researchers is happening," says Poland via email, adding that the research overall is "somewhat preliminary, but quite tantalizing."

The new paper adds to a suite of surprises scientists have uncovered over the last few years as they have studied the supervolcano. (Also find out about a supervolcano under Italy that has recently been rumbling.)

Today, Yellowstone National Park owes much of its rich geologic beauty to its violent past. Wonders like the Old Faithful geyser and the Grand Prismatic Spring are products of the geothermal activity still seething below the park, which is driven in turn by the vast magma plume that feeds the supervolcano.

About 630,000 years ago, a powerful eruption shook the region, spewing forth 240 cubic miles’ worth of rock and ash and creating the Yellowstone caldera, a volcanic depression 40 miles wide that now cradles most of the national park.

That eruption left behind the Lava Creek Tuff, the ash deposit that Shamloo and her ASU colleague Christy Till used for their work, which they presented in August at a volcanology meeting in Oregon. The pair also presented an earlier version of their study at a 2016 meeting of the American Geophysical Union. 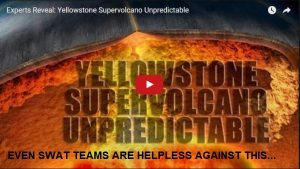 Based on fossil deposits like this one, scientists think the supervolcano has seen at least two other eruptions on this scale in the past two million years or so. Lucky for us, the supervolcano has been largely dormant since before the first people arrived in the Americas. While a handful of smaller belches and quakes have periodically filled the caldera with lava and ash, the last one happened about 70,000 years ago.

In 2011, scientists revealed that the ground above the magma chamber bulged by up to 10 inches in a span of about seven years.

"It's an extraordinary uplift, because it covers such a large area and the rates are so high," the University of Utah's Bob Smith, an expert in Yellowstone volcanism, told National Geographic at the time.

The swelling magma reservoir responsible for the uplift was too deep to create fears of imminent doom, Smith said, and instead the caldera’s gentle “breathing” offered valuable insights into the supervolcano’s behavior.

In 2012, another team reported that at least one of the past super-eruptions may have really been two events, hinting that such large-scale events may be more common than thought.

But almost everyone who studies Yellowstone’s slumbering supervolcano says that right now, we have no way of knowing when the next big blast will happen. For its part, the U.S. Geological Survey puts the rough yearly odds of another massive Yellowstone blast at 1 in 730,000—about the same chance as a catastrophic asteroid collision.

Volcanoes are the biggest threat to human survival, claim scientists.Instances of volcanic eruptions are their highest for 300 years and scientists fear a major one that could kill millions and devastate the planet is a real possibility.
Experts at the European Science Foundation said volcanoes – especially super-volcanoes like the one at Yellowstone National Park, Wyoming, which has a caldera measuring 34 by 45 miles (55 by 72 km) – pose more threat to Earth and the survival of humans than asteroids, earthquakes, nuclear war and global warming.There are few real contingency plans in place to deal with the ticking time bomb, which they conclude is likely to go off within the next 80 years.

RECOMMENDED: How You Protect Yourself When a Quake Hits Might Be All Wrong -How to Prepare Your Home for Natural Disasters 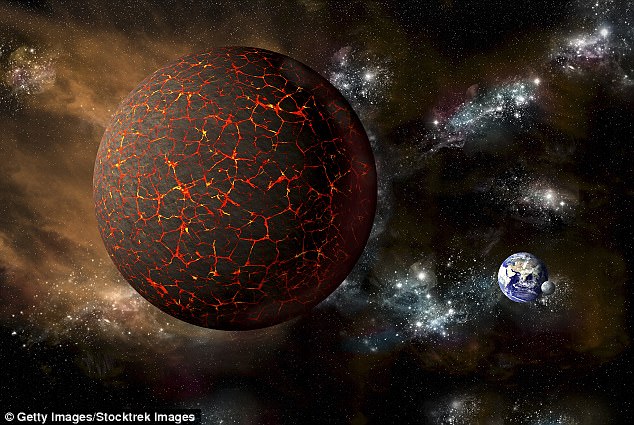 Will The World End On Sunday? Conspiracy ...