The Small Home, Big Decisions series follows Jennifer and her husband, Tyler, as they build a self-reliant homestead on a piece of country property in northeastern Kansas. The series will delve into questions that arise during their building process and the decisions they make along the way. The posts are a work in progress, written as their home-building adventure unfolds.

Sometimes, in the course of our homestead scheming, we plan and organize and research and come up with the best path forward — or what we hope is the best path forward. Other times, we simply stumble upon a brilliant idea and push ahead, no matter how crazy it sounds. The latter more accurately reflects the situation we found ourselves in as I shook hands a few months ago with a farmer who raises heritage-breed, pastured livestock. With that shake, I was promising to buy American Guinea Hog barrows (male pigs castrated before puberty) from him to raise as feeder pigs at our new homestead.

They would be arriving the day after we moved in. In fact, we were arranging our move-in date around when the farmer needed the pigs to be off his farm. Below is a sequence of questions and events that led us to make the leap into raising hogs as our first homestead adventure.

Why pigs? The Editor-in-Chief of Grit magazine (a sister publication to our own MOTHER EARTH NEWS) Hank Will, wrote a book with his wife, Karen, entitled Plowing with Pigs. I read the book a while back and learned about putting the natural rooting habit of pigs — a habit many pig farmers discourage — to work. Our idea, then, was to pen the pigs onto the area that will be our future garden, and let them eat the pasture grasses, dig and eat the roots, “till” the garden space, and fertilize it by working in their manure. We would move the pen around so they would eventually cover a large space, giving us room to build the garden (and maybe even the orchard) over the next couple of seasons.

Are you afraid of collapse?Watch this free video-USDECEPT– Economic Collapse explains how you can prepare for the NY Stock Exchange collapse in the Fall of 2015. Many Christian prophets have pinpointed Autumn 2016 for the crash. Economists are also predicting a crash soon, without saying it’s this fall.

RELATED ARTICLE–HOMESTEADING AND LIVESTOCK:How to Make a Living Without a Job (PHOTO & VIDEO)

Why American Guinea Hogs? We were held up for awhile with this idea, as we thought we wouldn’t want as much meat as a full-sized breed would produce, and we needed to be sure we could find a breed that would manage well on pasture and food scraps, and not require much additional feed. Again, by chance, MOTHER EARTH

NEWS was working on an article about American Guinea Hogs, which are a smaller heritage breed reputed to thrive on pasture. They are known to be a flavorful, fatty breed, and we plan to eat the meat as well as render the lard. Things were falling into place, and we began to read books about raising pigs, building shelters, feed options, etc. I was pretty pessimistic that we would find any local breeders, as this isn’t a common pig breed. As chance would have it (see what I mean about this all being so fated?), a pastured-animal breeder was located only 20 miles from our homestead, and he had piglets that would be weaned and ready for pick-up in a month (which is about when we were hoping to move), and he was getting out of the business for various reasons and could offer us a deal. Well, who wouldn’t shake hands on that offer?

A couple of weeks later, I went and visited the farm to ensure the pigs were in good health. I asked about what his feeding practices had been, and then paid a deposit.

Tyler scavenged some lumber and hardware, then bought additional necessary pieces, to build a simple A-frame shelter with an open bottom to protect the pigs at night and keep them warm during the coming winter.  (He used these plans and some others he found online to create ours.) A friend drove, with their long trailer attached, to get some 16-foot hog panels, T-posts, and feed and water pans. We setup the pen where the first patch of our garden will go this coming spring, , and moved the shelter inside of it. The shed has a nice supply of straw for the burrowing barrows to snuggle in, and we sprinkled an electrolyte mix into their water pans for the first several days to help them adjust. (A nice tip from a dear friend we sometimes call The Pig Whisperer.)

Why four? You may wonder why, if we didn’t want as much meat as comes with one

full-sized pig, we would then get foursmaller pigs. We knew we wanted to keep a group so that we wouldn’t be raising one pig in isolation, so we found two families who were willing to invest in their pig upfront (with the understanding that this was our first time raising hogs, so no promises). They are also sharing in the cost of the feed we purchase, which is non-GMO, soy-free, organic feed from a local supplier. So, we planned to purchase three. When I arrived with a dog crate in the back of a truck to pick up the piglets, a fourth was in the yard pen with the other three. He was smaller, and limping — he had gotten injured, and was free should I want to take care of him. Well, again, who could say no to that offer?

You can see in the photo above that they are happy to eat! In the photo below, you can see that they are friendly, growing well, and already plowing up our future garden nicely in just the few weeks we’ve had them. We’ll keep you updated on the porcine progress at the homestead!

Photo of piglets by Jennifer Kongs; photo of the happy pig farmers with their pigs by Larry Gill.

(By the way, if you’re enjoying this article, you may want to subscribe to the NewsPrepper free newsletter; get breaking news alerts on GMO’s, fluoride, superfoods, natural cures and more… You privacy is protected. Unsubscribe at any time.) 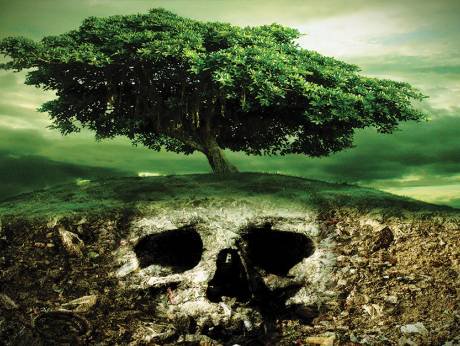