Shocking News: Pope Threatens Taxes on All That Refuse Refugees

Now Pope Francis has called himself a “son of immigrants” and confirmed the point by issuing a blunt warning to any religious orders in Europe that spurn his recent call to open their doors to refugees because they want to make money off their properties instead. The pope, by the way, is from Argentina. And no, he is half immigrant, his father came from Italy, his mother was born in Buenos Aires.

Go ahead, the pope said, but be ready to pay taxes just like everybody else.

The pope also announced he is taking in two refugee families at the Vatican. They will remain “as long as the Lord wants.”

Pope Francis retorted “Some religious orders say ‘No, now that the convent is empty we are going to make a hotel and we can have guests, and support ourselves that way, or make money,’” the pontiff said.

“Well, if that is what you want to do, then pay taxes! A religious school is tax-exempt because it is religious, but if it is functioning as a hotel, then it should pay taxes just like its neighbor. Otherwise it is not fair business.”

“Nowadays the world is at war against itself … in installments, bit by bit, but it is also at war against the land, because it is destroying the land, our common house, the environment,” the pontiff said, referring to the theme of his recent encyclical letter on ecology.

“If somebody has a room in his house which is closed for long periods, it develops humidity, and a bad smell. If a church, a parish, a diocese, or an institute lives closed in on itself, it grows ill and we are left with a scrawny Church, with strict rules, no creativity,” he said.

Who Will Live, Who Will Die in the 1st 72 Hours-SHTF! The first 3 things to do during a disaster SURVIVE A End of Days

“On the contrary - if it goes forth - if a church and a parish go out into the world, then once outside they might suffer the same fate as anybody else who goes out: have an accident. Well in that case, between a sick and a bruised Church, I prefer the bruised, because at least it went into the street.”

With an eye to a synod on the family in October, Francis said it’s important to emphasize that Catholics whose marriages have broken down “are not excommunicated and should be integrated into Church life.”

“Drawing closer to the Mass, to catechesis, their children’s education, charity …. There are so many different options,” he said.

The pontiff also entertained a few personal questions, such as what keeps him up at night. The answer, it turns out, is nothing.

Renting space to help with operating expenses is a common practice among religious orders in Europe. For example, in Rome, a pensione operated by an order of nuns just outside St. Peter’s Square offers a room, breakfast, and Mass at 7 a.m. each day for $90 a night. They also rent their rooftop to CBS during major papal events.

The International Organization for Migration estimates that more than 350,000 migrants arrived at the European Union’s borders between January and August this year. Some believe those estimates are low: According to Eurostat, 662,000 people applied for asylum in the EU in 2014.

And the Vatican is taking in…Two.

Hopefully they will not have to bar the doors, the way Germany and half of Europe is doing.

Shocking Facts : Why The World Will ... 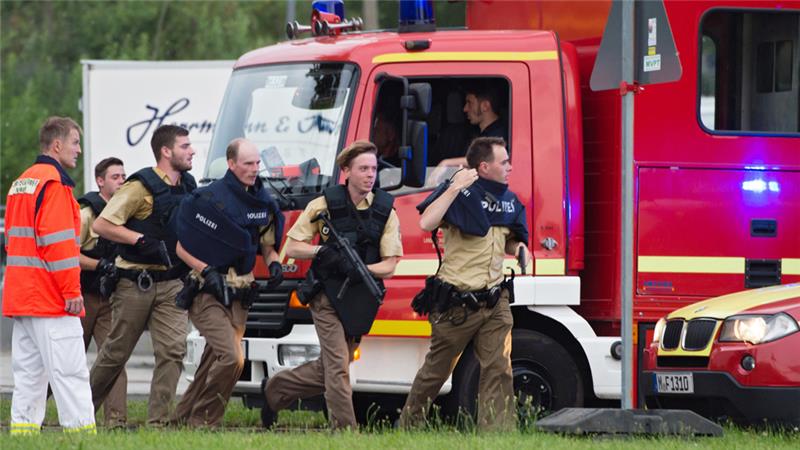