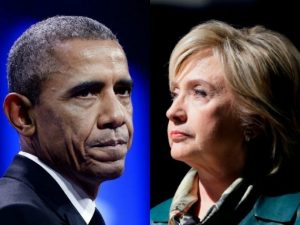 President Barack Obama, Senator Elizabeth Warren and a whole slew of about 24 other top Democrats today Un-Followed Hillary Clinton on Twitter, with several of them DELETING their Tweet History about Clinton . . the rats are fleeing!

With WikiLeaks pounding the Clinton Campaign with devastating revelations from Hacked e-mails, and the FBI having re-opened at least one investigation of Mrs. Clinton, it's starting to appear that the "rats are fleeing a sinking ship."

An interesting person who deleted a significant part of his Twitter history surrounding Hillary . . . . is her Campaign Manager, Robby Mook!

Clearly, the insiders have gotten a "heads-up" from somebody that Hillary is someone who is "going down" and they need to distance themselves from her.

This may have to do with a Freedom of Information Act (FOIA) revelation to Judicial Watch today, which shows that Hillary Clinton had her server while she was Secretary of State and the server suffered ten Hacker-attacks over two days, which the State Department reported to the US Secret Service for investigation in the year 2010.

So not only did the US Secret Service know that Mrs. Clinton was using a private server while she was Secretary of State, they also knew that hacking attacks had taken place against that server!  (Another Obama Administration Agency that knew what was going on but did nothing about it!  Add Secret Service to the list of corrupted organizations!)

It may also have to do with revelations that are just beginning to come out about Hillary's role with the country of QATAR and its effort to run a natural gas pipeline through Syria to Europe.

On the surface it looks like flat-out Bribery; Qatar paid millions to the Clinton Foundation while Hillary Clinton was US Secretary of State, and suddenly the State Department which she runs, sends CIA operatives to form a "rebel" group in Syria to overthrow its government.  Of course, if this was flat-out Bribery, it subsequently grew to depraved-indifference Murder, when innocent Syrian men, women and children, starting being killed by the Free Syrian Army formed by those CIA operatives.

People Dying from a rebel insurgency was a foreseeable consequence of forming a Rebel group to overthrow an elected government. In certain jurisdictions, that would make Hillary guilty of Second Degree Depraved-Indifference Murder . . . times however many thousands of Syrians ended up dying since then!

If QATAR actually did bribe Clinton to start the overthrow of the Syrian government, then we have an interesting explanation for Hillary wanting her e-mail run through a private server and not through government computers; she would likely have wanted to keep all this information far away from government eyes.

This is, of course, just speculation at this point, but with prominent Democrats scurrying for cover by abandoning Clinton, this speculation may not be far off the truth.

Adding more to the misery of Hillary is an unexpected "Data Dump" by the FBI this afternoon.  And what is in this dump?  The entire FBI Investigation of Hillary's handling of Classified emails through her personal computer server!

No one has explained why hundreds of pages from this recently-concluded investigation have suddenly been made public, but they have!  A link to this FBI Data Dump is Here

We will provide additional stories about these developments as we clarify the information we already have.  Suffice it to say, it looks like Hillary Clinton is about to be formally charged and arrested.  Stay tuned. 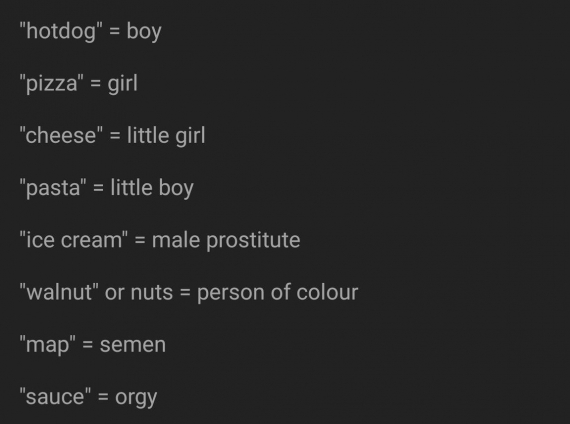