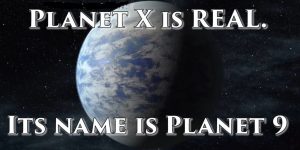 Moving back to my first proposition, it is clear that readers will understand that referring to the Islamic State terrorist organization by a variety of names including, ISIS, ISIL and IS serves to confuse many citizens of the world. Significantly, a more thorough reportage would make it clear to readers that ISIS is, fundamentally, the same radical group founded in 1988 that has been known ubiquitously as Al Qaeda.

By using the same name to refer to the same composite entity, it becomes easier to make clear statements such as the United States has been at war against Al Qaeda / ISIS since 2003. It also becomes more difficult to explain how this enemy faction has only seemed to gain influence in the Middle East.

This enemy is well-funded and, now, well-trained. America does not fully understand how ISIS got there. However, ISIS now stands as being capable of exerting an influence, albeit negative, on United States’ citizens as well as the citizens of the Middle East, not to mention parts of Africa and Asia.

READ-WARNING:The Elite Are In A PANIC-ELITE UNDERGROUND BUNKERS – America’s Elite Building Bunkers To Hide From Nuclear War With Russia: WWIII

In Afghanistan, we have bombed hospitals (accidentally, we have claimed). Recently, in Syria, the U.S. accidentally bombed a base held by the government’s forces. That base has since been claimed by, amazingly, ISIS.

Okay, let me come to my point: War is a racket. General Smedley Butler made this point clearly enough prior to World War 2 when the elitists of the United States tried to tempt Gen. Butler to lead a military coup. Butler blew the whistle and pushed the issue of an Illuminati / Luciferian takeover to the mainstream.

The United States decided to push the Satanalia over to Germany and the Nazis ended up developing chemical weapons of war as well as developing psychological mind control techniques. Instead of prosecuting the individuals who were involved in the rockets and the rackets of the Nazi war machine, many German scientists were secretly ensconced to the United States under the auspices of Operation Paperclip.

General Eisenhower warned the United States in 1961 about the military-industrial complex. My thesis is that by the 1960s, a continuity-of-government plan was drawn up for the Post-Apocalyptic world that would arise from the ashes like a phoenix from a nuclear detonation sequence between the U.S. and Russia.

I grew up during the 1980s and I watched War Games where the conclusion reached by the super-computer was that nuclear war was like a game in which the only way to win was “not to play.”

Oddly, it seems like the United States is about to go to war again with Russia, although Russia is, seemingly, aiding us in the fight against ISIS.

Climate Change is the other threat, according to the United Nations. While global temperatures have not risen to the predictions of Global Warming activists, the activists have jumped upon the Arctic melting and the North Pole shifting eastward to say a pole shift is imminent.

READ-RED ALERT:War Is Coming, The Whole World Knows It Except The People Of The United States.Wake Up People!

Here at Planet X News, we understand that Planet X / Nibiru / Nemesis (whatever word or words you choose to refer to Planet X and its system) is responsible for the North Pole shifting easterly. The heat is melting the Arctic ice. Meanwhile, the Antarctic is experiencing record ice levels so carbon dioxide emissions cannot be, at once, responsible for ice gains on the South Pole and ice losses on the North Pole. Moreover, El Nino is not pulling the North Pole easterly.

The case for Planet X could be clearer if we would stop using different names and numbers to describe Planet X.  Calling Planet X Planet 9 is confusing. 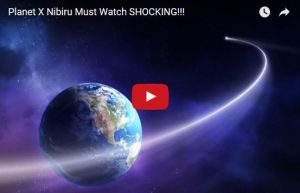 We need to understand that calling Planet X by any other name is the same as calling ISIS by some other name. The facts have been the same since the discoveries of Neptune and Pluto. Mathematically-speaking, numbers don’t lie. There is a celestial object or celestial objects out there with sufficient mass to be perturbing Jupiter, Mars, Uranus, the Moon and Earth.

Indeed, it is being reported that Planet 9 is throwing the solar system out of alignment. I think that those of us who are old-school in referring to this mystery object or objects as Planet X / Nibiru and/or the Planet X / Nibiru system need to make room for the new school that is coming up in the post-Pluto era and doesn’t get why we’ve skipped 9 to get to X.

All’s fair in love and disinformation. I humbly submit that, for most, it is not deliberate disinformation; rather, just a problem of reference. Apparently, the smart MONEY

(i.e. Forbes) is backing Planet 9; but, I submit that, just like in referring to Al Qaeda as ISIS, the media does not want you, dear readers, to see the big picture and get the long view on this one.

READ-SHOCK CLAIM: NIBIRU WILL HIT IN 2017 – The World Leaders Are Prepared For APOCALYPSE – But YOU Won’t Survive

Planet X is the Al Qaeda in the analogy while Planet 9 is the ISIS for the irregularly-elongated orbiting body. Planet 9 does not create a context where we have questions like, if this thing has been around and we have known about it, why have we not made bigger and more substantial preparations?

This is where World War 3 comes in as the Illuminati smokescreen. This is also where the Project Blue Beam fake alien landing may come. Remember that the elite have evacuation plans to armored redoubts, underground bases or perhaps even Mars. I suppose that they are waiting until it is too late to delay the event.

Except that wildcards like Kim Jong-Un just aren’t playing along.  Perhaps China, the United States and Russia are all planning on joining up to govern a Post-Apocalyptic New World ORDER  using the United Nations’ Agenda 21. On the other hand, perhaps nobody trusts each other and each side is planning on betraying other countries. Now, imagine that these countries, regrettably, do not know if they can trust the other countries’ words.

Finally, let me submit that Planet X /Planet 9 and Al Qaeda / ISIS are serving to fundamentally realign the countries of the world relationships to one another. In other words, when this is all said and done, we will have a brotherhood of man. Secondly, we are realigning our connection to our deeper selves because the media is throwing such disinformation out to our conscious personality that we have learned to tunnel deeper into the subconscious and found strategies for receiving superconscious guidance by getting out of our own way.

We are accomplishing a paradigm shift within our own minds, hearts and bodies as we speak.

Russia Orders US: Tell The World About ...