The Pentagon will need to send the Russians a check as thanks for using the Russian bogeyman to get more money budgeted to catch up on the “threat” of the new Russian planes. Actually what the Pentagon needs is to shoot all of those involved in our overpriced weapons industry, where no stone is left unturned to make them as expensive as possible.

In fact, when the Russians get their “thank you” check from the Pentagon, they can endorse it and send back with a note saying, “Thank you to the 10- to 20-year development process you have with huge cost overruns, where we can produce equal or better weapons quicker, at one tenth the cost.”

And we don’t need so many, because we only need them for defense, leaving more money for electronic warfare development and other “cost effective” defense measures.

Because the Russians do not use the defensive industry as a looting tool; instead, it does things, like be 100% on the money on air frame design, so modular upgrades can be added to the plane piecemeal, versus a bottom up entire new design, which the US Defense industry loves. Our Congressmen love that also, as they are told how much money is going to be shoveled non stop into their districts with the huge contracts, and how “good” that is for the country.

MORE-WARNING:The Elite Are In A PANIC-ELITE UNDERGROUND BUNKERS – America’s Elite Building Bunkers To Hide From Nuclear War With Russia: WWIII

A perfect example is Russia’s upgraded SU-35S Super flankers which took advantage of all I have mentioned above. These newer versions can be brought on line “faster”, which our “planning impaired” Pentagon says it was caught off guard by underestimating. 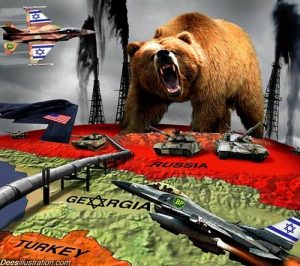 That is a lie of course as they have known about Russia’s major focus on modular design, with electronics and weapons upgrades as the best use of their money. It’s not just with the planes, but with all their armor now. The Pentagon will spin this as evidence of Russia’s aggressive intent to milk the US public with even more wasteful spending, but it is not needed by simply cutting back on our own aggression. 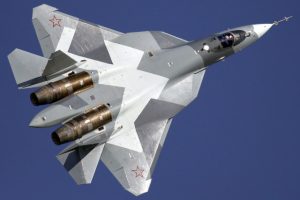 Russia can actually AFFORD its own weapons systems, because it does not need the huge numbers that we do because we have bases everywhere that require constant threat hyping to keep the public shelling out for the organized defense graft.

Moscow just ordered 50 more Super Flankers, and due to its affordability, it is a strong export seller, with China spending $2 billion for 24, and Indonesia wanting a dozen. This keeps Russia’s manufacturing lines running strong, and maintains the cash flow needed to fund continuing next generation upgrades.

What our own thieves spin as aggressive intent is a ten ten time more effective way for Russia to maintain its defense without choking off domestic infrastructure development, which is what had been done in the old Soviet era. The current leadership of Russia is not about to get sucked into that old game, when they have the US and the West caught in that trap now.

Look at stupid Britain. Its military is a bubble gum and bailing wire held together thing, yet they want to spend an ungodly fortune on new Trident nuke submarines to enrich a particularly constituency. As Gordon Duff has laid down, which no one else in the world before him did, he called this what it is…organized crime, very big time organized crime, and the sheepeople on this side of the pond have not o figured it out yet… Jim W. Dean ] 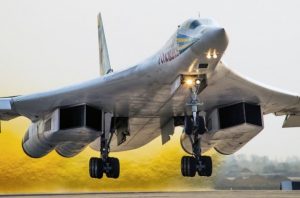 Russia’s efforts aimed at upgrading its Air Force have largely come as a surprise to many in the US Department of Defense. So much so that the Pentagon is looking at ways to reboot its terminated Advanced Tactical Fighter (ATF) program that produced the much vaunted Lockheed Martin F-22 Raptor.

The DoD and “the Congress made a decision that we would not see a near-peer threat within a number of years, and that decision, that judgment also proved to be optimistic,” Lt. Gen. James Holmes, Air Force deputy chief of staff for strategic plans and requirements, told the US Senate Armed Services Committee.

We love the apocalypse as long as nobody acknowledges the truth: It’s not a mythical event. We live on top of one.

“We’ve seen both Russia and China develop airplanes much faster than was anticipated,” he added at a hearing held on March 8.

A total of 187 Raptors were produced between 1996 and 2011. The Pentagon is unlikely to order more F-22s, but the agency could well consider upgrading existing fifth-generation stealth tactical fighters.

Since the end of the Cold War, Russia has introduced the Yakovlev Yak-130 advanced jet trainer and light attack aircraft into service, as well as the Sukhoi Su-34 strike fighters and the Sukhoi Su-35S supermaneuverable multirole fighters.

In addition, Russia is working on a fifth-generation fighter under the PAK FA program. The Russian Air Force is expected to receive the first batch of the stealth multirole and air superiority fighters, currently known as T-50, in late 2016 or early 2017. The PAK FA is meant to replace the Mikoyan MiG-29 and the Sukhoi Su-27 fighter jets.

When the elite of the world start preparing for doomsday, that is a very troubling sign. And right now the elite appear to be quietly preparing for disaster like never before.Want to Be on Survivalist?The 3 Pioneer Survival Lessons We Should All Learn!

Russia Orders US: Tell The World About ...