End Of The Days, Natural Disaster, News, Science, Self Sustained
by N678sdrtopert 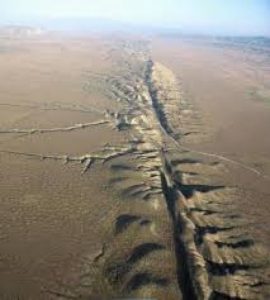 Beginning on  October 26, NASA satellites in space began detecting staggeringly large emissions of Carbon Monoxide (CO) gas along the west coast.  As evidenced by the satellite image below, the emissions were far too big, too highly concentrated and covered too vast an area to be man-made.  On the satellite image below, the areas in black, purple and brownish-orange show the magnitude of the emission; it was utterly massive! 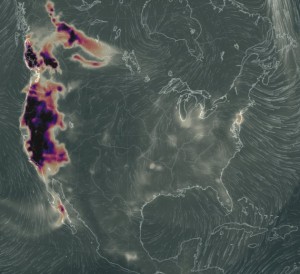 Scientists quickly determined that the CO was coming up out of the earth; being expelled out through seismic faults.    What this means is the earth began moving in such a way , that pressure along the fault lines in California became so great, it expelled massive amounts of naturally-occurring carbon monoxide gas from the Monterey Formation of shale. In fact, the proximity of the CO emissions directly aligns with those formations!  That’s a LOT of pressure! 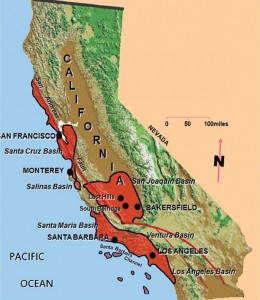 When pressure builds up like this, it is not hard to understand that something has to “give” and when it does, there’s an earthquake. That’s why this emission of Carbon Monoxide is a warning sign of an impending, LARGE earthquake.

The last time an emission of Carbon Monoxide on this scale took place, was a week prior to the Gujarat Earthquakew hich devastated India; killing twenty thousand people and destroying 400,000 homes when the 7.6 quake struck in Jan. 2001.

After the initial emission of Carbon Monoxide ,winds began to dissipate the Carbon Monoxide and carry it eastward, thinning it out as it traveled. Here is the satellite image from 12:00 Noon eastern US Time today . 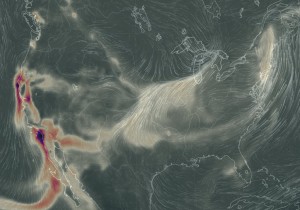 This easing of emissions can mean one of two things:

1) The pressure has receded and the danger is less, OR;

2) The pressure squeezed almost all the CO out and there’s simply not much left to push out; meaning the quake danger could still exist.

The simple fact is, we just don’t know which is the correct answer and we do not have the scientific knowledge to find out!

As you may notice, three specific areas continue to spew large amounts of Carbon Monoxide. These areas directly coincide with three major seismic faults: The San Andreas Fault, The Melones Fault and the Elsinore Fault as illustrated on the map below: 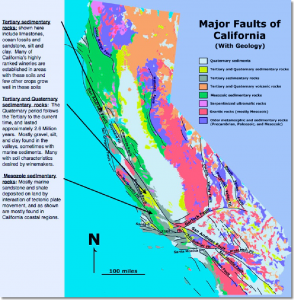 Below is  satellite image of the faults still emitting CO: 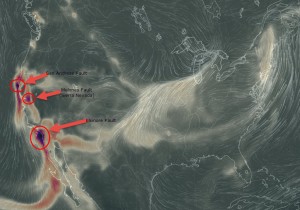 The fact that some of this CO is emanating from the Melones Fault Zone is problematic.  There is no Monterey Formation there; it abuts the Sierra Nevada Mountains.  So for a fault this far inland to be emitting CO while faults farther to the west (San Andreas) and south (Elsinore) are also exhibiting this same activity, gives an indication of the utterly massive amount of tectonic pressure taking place and the ENORMOUS area being affected by this tectonic stress.

If history is any indication of future activity, then, as took place in India in 2001,  at some point within the next six or seven days (max) – there may be a  **** MAJOR **** earthquake along one or more of these fault lines.  If we doubt that such gas emissions may be related to earth quakes, and think perhaps the quake in India was a mere coincidence, bear in mind that India was not the only major quake where gas emmissions took place in advance.

Is this the best way to survive an earthquake?

No other earthquake in the 20th century was as catastrophic or claimed as many lives as that which struck the city of Tangshan in Northern China on July 28, 1976.

Tangshan, a thriving industrial city in Hebei Province is located about 95 miles east and slightly south of Beijing, and about 280 miles southwest of Haicheng (Liaoning Province) – where in February 1975 another very destructive earthquake had occurred.

Although the region had experienced moderate seismic activity in the past, there were no foreshocks and no advance warning.
Date and Time of Origin: July 28, 1976 at 19:42:53.8 UTC (local date and time: July 28, 1976, 03:42).
Epicenter: The earthquake occurred near the coast, in Tangshan in the Hebei Province of northeastern China. Its epicenter was at 39.60° N 118.20° E, about 140 kilometers southeast of Beijing.
Magnitude: Originally reported as 7.8, later revised to Mw 7.6
Focal Depth: Shallow, 15 kilometers

There were no foreshocks or clear precursory phenomena prior to the Tangshan earthquake – as there had been in other earthquake stricken areas of China. However, more than half a month earlier there had been a series of abnormal sign observed in the regions of Beijing, Tianjin, Tangshan, Bohai and Zhangjiakou. Based on such signs the State Seismological Bureau had correctly concluded that a significant earthquake could be expected between July 22, 1976 and August 5. However, the precursory phenomena differed from those of other earthquakes. Because of the scattered distribution of the signals, there was no determination of the location where this earthquake would strike. 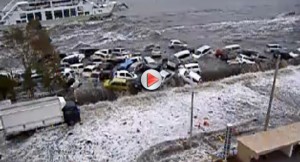 Just prior to the earthquake, many unusual phenomena were observed in the immediate Tangshan region. There were observations of large amplitude variations of groundwater level and of strange animal behavior. As early as July 12, it was reported that gas began to discharge from a well in a village. On July 25 and 26, this discharge increased. The day before the earthquake, well water at another village, reportedly rose and fell three times and other wells showed signs of cracking of their lining. . .

Death Toll – Within seconds after the thousands of people lost their lives or were trapped in debris. The actual death toll from this earthquake may never been known with certainty.According to official government accounts the earthquake killed 242,769 people and severely injured another 169,851. However, based on the density of the population and the extent of destruction, these figures have been disputed. At the time Tangshan had 1.6 million inhabitants. Since the earthquake destroyed ninety three percent of all residential buildings, the death toll was estimated to be three times greater than what was reported – ranging from 655,000 to 779,000 people.

This article is a “prediction” or some sick Hoax;  it is a logical assessment of the facts as they are known, using data sources which are reputable, which form the basis for a logical conclusion.  Quite simply, we have compiled this information and ask you, the reader, to apply common sense. 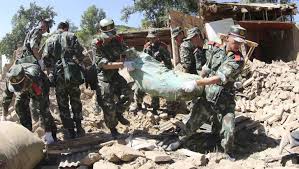 We must emphasize that, at present, modern science CANNOT accurately predict an earthquake. We certainly do not claim to be able to do so.  Having said that, it is also undisputed that the last time this type of CO emission took place, twenty thousand people were killed by a magnitude 7.6 earthquake in India and the time before that, atr least 242,000 were killed in a quake in China where gas was emanating days in advance.

Therefore, it seems prudent to us, to publish this information so people throughout California can decide for themselves if emergency preparations are necessary.

Put fuel in your car gas tank and keep it topped-off for a week in case evacuation becomes necessary.  You don’t want to wait until a quake hits before trying to get fuel – which will be almost impossible to obtain if disaster strikes.

Have a supply of fresh water to drink and cook with for fourteen days. (Never mind for washing or flushing toilets – we mean water for SURVIVAL).  Each human being requires six to eight (8 ounce) glasses of water per day.  That’s 1/2 gallon per person, per day

Have a small, gravity-fed water filter is important too, in case you have to get water from a local lake or stream. Filter it first!  With a water filter, you’ll need a storage bucket or containers to store the water you filter.  So have a clean bucket or clean containers on-hand.

Have canned (soups/meats) or dried foods (rice/grains) that will not spoil in the absence of electricity – and a MANUAL CAN OPENER to access that food.

Perhaps an emergency electrical source like a small generator to provide limited electricity, with the lawful, safe, amount of properly containerized and stored FUEL to supply that generator.Free energy for any type of disasters-VIDEO

Have a supply of medications that you may routinely take  — and may need to rely upon for a week or two — until supply chains can be brought back online  after a major disaster.

Much of this stuff can be packed into a “go bag” for each member of your family.  Put the essential in each bag, make sure everyone knows where each bag is, and have a plan to grab the bag and meet at a particular place inside our outside your home if a quake hits.

We cannot say for certain that a major earthquake is going to strike.  We can say that when this type of massive CO release has taken place, there was a major, deadly earthquake within a week. 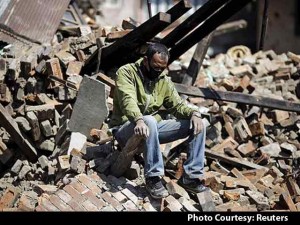 We urge you to plan, now.  If the past is any indication of the future, within about six or seven days, we will all know. 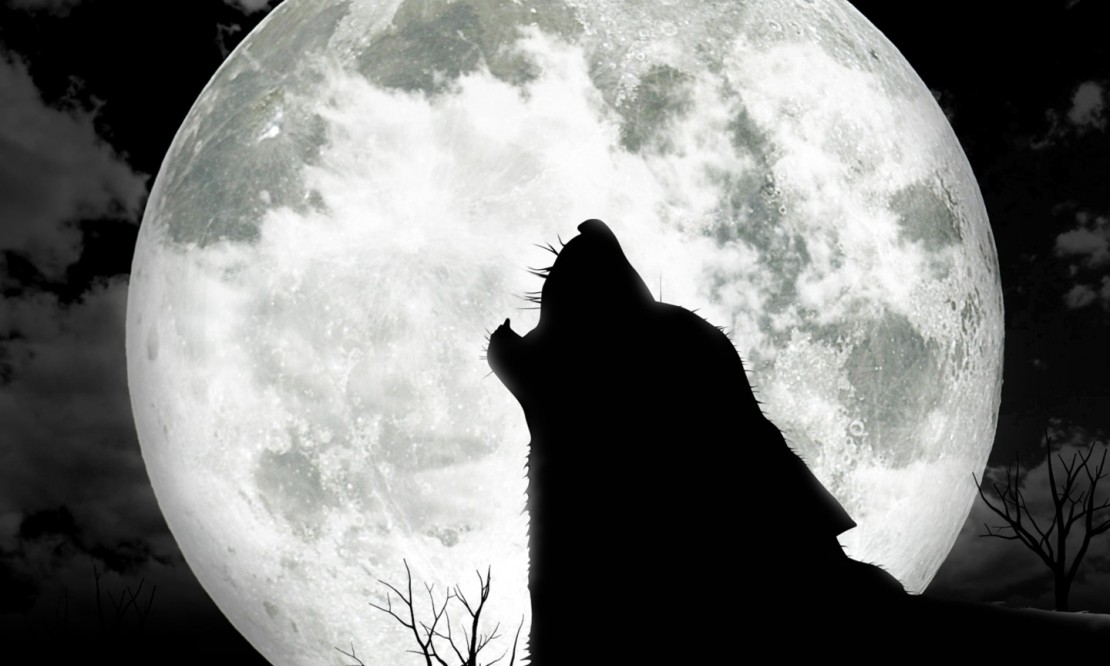 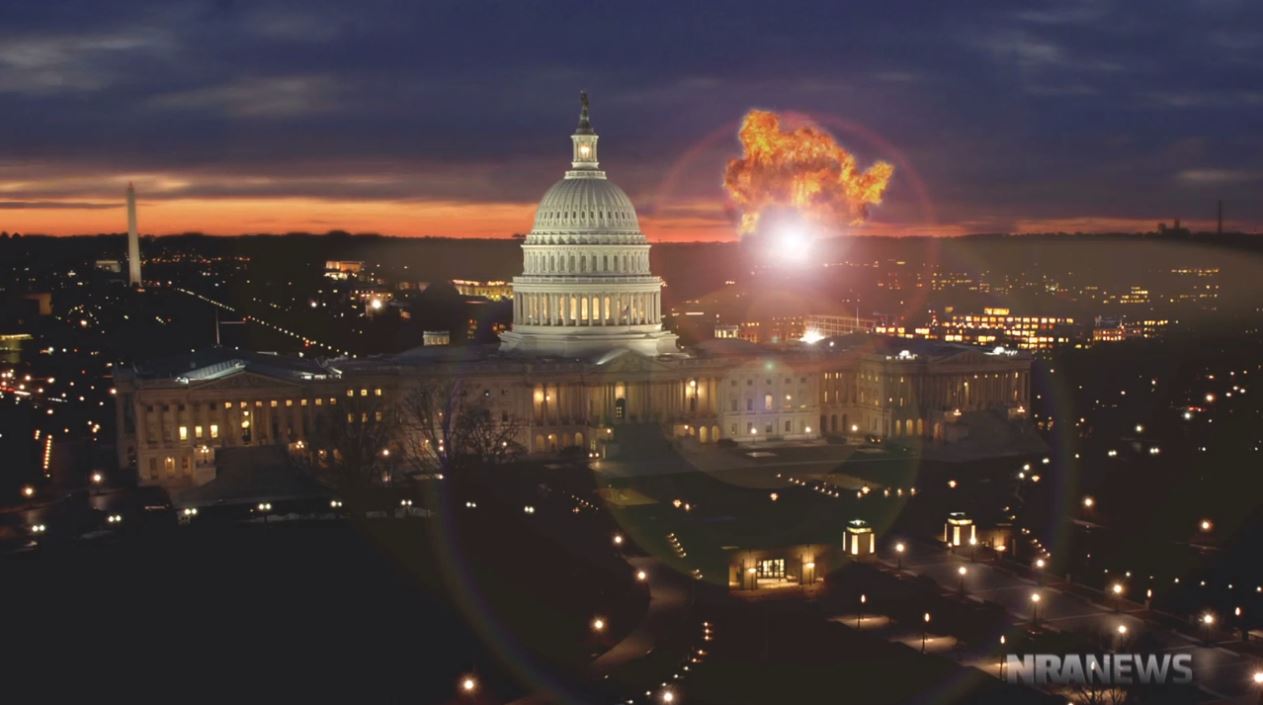