A new documentary by Brave New Films breaks through the numbing reports of gun violence and political stalemates over gun control in America by showing that the National Rifle Association and gun makers are willing partners in putting billions in profits ahead of preventing needless gun deaths.

The film, Making A Killing: Guns, Greed and the NRA, shows the NRA and the politicians whose campaigns they bankroll using the Second Amendment and a raft of other excuses as diversionary tactics to serve the financial interests of biggest gun manufacturers, where CEOs make more than a million dollars in annual salaries and benefits. Currently, the NRA budget is $345 million dollars, with over $43 million dollars of that budget spent on salaries.

“Making A Killing is an investigative film that connects the dots for people about deaths and gun company/NRA greed and profiteering,” said Robert Greenwald, Brave New Films’ president and the film’s director. “The fact is each of us is less safe because of gun violence in homes, churches, schools, movie theatres and more. It’s a direct result of the drive for more and more profit combined with ideology.” 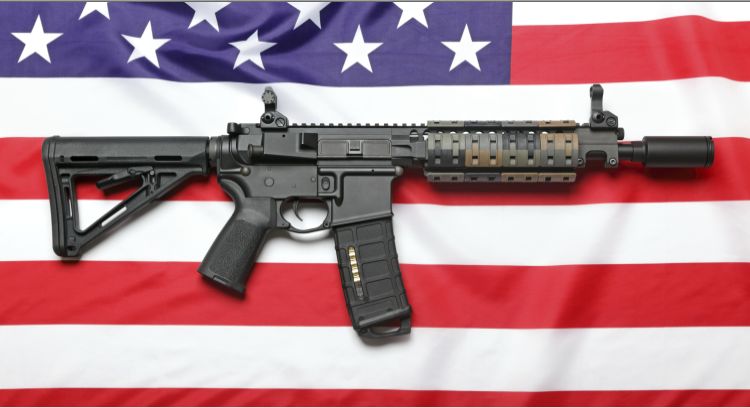 Greenwald hopes the feature-length film will to prompt Americans to take action on gun violence by showing how their democratic rights have been manipulated for profit by the billionaires who sell guns and the lobbyists who front for them.

The personal stories highlighted—such as a 13-year-old boy in Washington state who was accidentally killed after a friend found a loaded shotgun in his parent’s bedroom—show the realities of gun-fueled violence have little to do with the Second Amendment’s right to self-defense. In that segment, the dead youth’s mother tearfully says, “I just have a lot of questions that I don’t think I’ll ever get answers to… I just can’t stand the thought of it.” 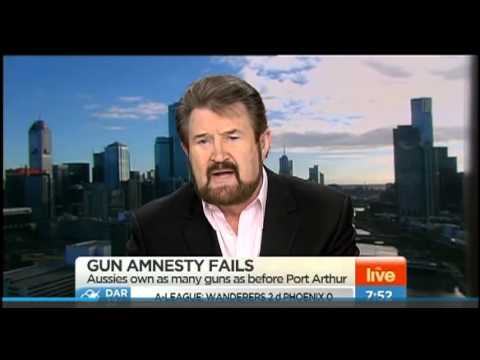 But, as the filmmakers show, a year before that death, NRA lobbyists and their political pawns prevented that state’s legislature from requiring gun owners to keep their weapons locked. That footage is excerpted with shots of NRA leader, Wayne LaPierre, fulminating in a speech at the Conservative Political Action Conference in Washington, D.C., where he yells, “Our childhood action prevention programs are second to none!”

Those words have more than a hollow ring when paired with footage from the dead boy’s family, such as an aunt who asks, “How does a child get shot with a friend from school?” Nobody—including the gun owner’s parents—faced criminal penalties in that incident, the filmmakers noted. 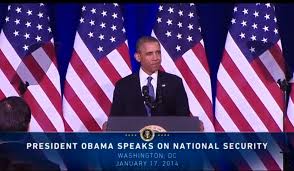 The film focuses on how easy access to guns is a major factor facilitating thousands of suicides annually, domestic violence attacks, accidental shootings and deaths of bystanders in the wrong place at the wrong time. The tragedies it depicts are all-too-common and all-too-preventable if common-sense gun controls laws—such as waiting periods before picking up a weapon after buying one—were standard, or if troubled individuals could have found counseling as readily as they bought and used guns.

But there is a reason why gun violence persists, the film makers show—because someone stands to profit, in this case, an industry that makes billions annually from selling arms and ammunition, and a lobby paid by those very people to protect their profit.

The movie features other needlessly tragic stories. One depicts a young law school graduate, a month away from getting married, who commits suicide after what can only be assumed was a devastating prognosis after a short illness. Remarks from his mother and fiancé underscore the importance of mandatory waiting periods. The gun used in the suicide had been bought the same day as the act. The family contends that even a one day waiting period, where the victim could have discussed his care with his family, might have saved his life.

The documentary juxtaposes these and other gut-wrenching depictions with glib responses by politicians—usually Republicans—saying that waiting periods don’t save lives. One, Wisconsin state Sen. Van Wangaard, said a waiting period was very inconvenient when he has to drive 45 minutes to his favorite gun shop and glibly called that proposed law a “time tax.”

Comments like these wouldn’t be so trite if they were not masking the realities of gun violence in America and the industry’s use of the Second Amendment as a cover for its greed. Like other Brave New Films documentaries such as Walmart: The High Price of Low Costs and Outfoxed, Koch Brothers Exposed, Greenwald’s team investigates and exposes why Americans’ lives are in danger.

By weaving together deeply moving and personal gun tragedy stories, Brave New Films reaches an inescapable conclusion: The NRA’s main priority is to keep gun companies rich, make millions in return to pay their exorbitant salaries and fund their multi-million dollar budget, and use the Second Amendment as their means to do it.

“Over the past two years, I’ve collected the stories of families affected by gun violence,” Greenwald said. “I began to see through the smoke and mirrors the NRA has so masterfully created. They had sold an idea to the American people that you need a gun; laws can’t protect you but guns can. However, the same ‘failed laws’ the NRA claimed couldn’t protect human life were worth spending millions to protect guns. It made no sense until we discovered who pays the NRA. That’s when I began to connect the dots.” 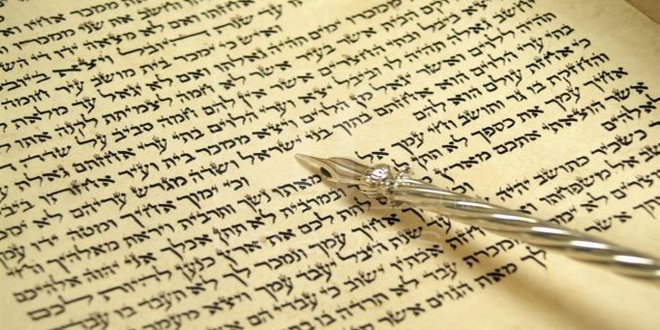