Home›Conspiracy Theories›NASA : Could 'Planet X' Cause Comet Catastrophes on Earth?

NASA : Could 'Planet X' Cause Comet Catastrophes on Earth?

Conspiracy Theories, End Of The Days, NASA, News, Self Sustained
by N678sdrtopert 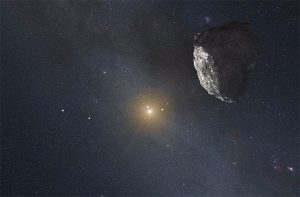 As astronomers track down more clues as to the existence of a large world orbiting the sun in the outer fringes of the solar system, a classic planetary purveyor of doom has been resurrected  as a possible trigger behind mass extinctions on Earth.

Yes, I’m talking about “Planet X.” And yes, there’s going to be hype.

Before we dive into comet impacts, extinctions and possible exciting planet discoveries, let’s look at the dramatic history of Planet X.

At the turn of the 20th Century, astronomers were trying to track down massive planets in the outer solar system using a neat trick of planetary discovery that had already been developed by studying the orbits of known planets to see if they display any strange anomalies.

In 1846, Neptune was discovered in this way after French mathematician Urbain Le Verrier and British mathematician and astronomer John Couch Adams independently calculated the precise location of the planet by looking at orbital perturbations in Uranus’ orbit. The gravitational bulk of Neptune was intermittently tugging on Uranus, producing anomalies in its motion. Naturally, when Neptune was known, astronomers tried that trick again by precisely following Neptune’s orbit. Anomalies were found and the hunt for yet another as-yet-to-be-seen massive planet was on. This was the original hunt for Planet X.

ANALYSIS:Warning NASA Confirmation : Planet Nibiru Is Coming Toward Earth – NIibiru Will Be A Life Ending Event

When Pluto was discovered in 1930 by US astronomer Clyde Tombaugh, it was thought the distant world was another massive planet. However, over the years, it became clear that Neptune’s orbital perturbations were down to observational error and Pluto was actually a planetary lightweight and could have no gravitational influence over Neptune’s orbit — a factor that contributed to its re-classification as a dwarf planet in 2006 by the International Astronomical Union (IAU).

Although many more small objects have been discovered in the solar system’s hinterland (a region known as the Kuiper belt), evidence for a massive world has been wanting. The hunt for a massive Planet X pretty much ended with the discovery of Pluto.

But the mysteries of the outer solar system kept beckoning scientists and conspiracy theorists alike. Some oddities in the distribution of Kuiper belt objects, for example, appeared to hint at a massive object slowly plodding in an orbit beyond Pluto. Also, by studying the paleontological record of Earth, our planet appears to have been impacted by quasi-periodic mass extinction events. Could an undiscovered planetary body be rampaging through the Kuiper belt (or even the more distant Oort cloud), destabilizing the orbits of comets, which are then sent hurtling into the inner solar system causing all kinds of havoc to life on our planet every few million years?

ANALYSIS: WARNING-Helium Is LEAKING From Massive Earthquake Fault In Los Angeles-Could LA’s Big One Be Even Bigger Than We Thought?

The deadly potential of such a hypothesis really got the doomsayer juices flowing in the run-up to the cringe-worthy theories that would culminate with the end of the Mayan “Long Count” calendar on Dec. 21, 2012. Profiteers and fame-hunting soothsayers concocted all kinds of doomsday scenarios that would happen on that day. One of them being the nonsensical notion that Planet X (or the even more farcical “Niburu”) was rampaging through the solar system to, you guessed it, wipe out all life on Earth -- either through a cometary barrage or solar firestorm. Good times.

Needless to say, 2012 came and went and we’re still here. But this year, the Planet X hypothesis has made another comeback. This time, it’s not the punchline of a bad doomsday joke, it’s based on observations of the strange motion of objects in the outer solar system. 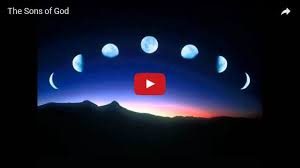 In January, Caltech astronomer and prolific Kuiper belt object discoverer Mike Brown and colleague Konstantin Batygin announced the discovery of a group of small icy objects beyond the orbit of Pluto that appear to be traveling in the same direction and at the same orbital inclination. The likelihood of this happening by chance is slim, so Brown and Batygin believe that their motion is caused by the presence of another — currently unseen — planet in the outer solar system perhaps 10 times the mass of Earth, orbiting up to 1,000 times the sun-Earth distance.

“When we found that, my jaw sort of hit the floor,” Brown said at the time.

So there’s indirect evidence of the existence of a massive planet that may be big enough to perturb the orbits of a group of small objects in the Kuiper belt, but small and dim enough to evade detection by infrared and visible light surveys. Like the discovery of Neptune, perhaps Brown and Batygin’s calculations will guide astronomers to the precise location of the world — nicknamed “Planet Nine.” This is most certainly an exciting time for planetary discovery within our own solar system.

Now, in a paper published in the journal Monthly Notices of the Royal Astronomical Society, the specter of mass extinctions has once again arisen and has tied itself to the hype of Planet X and the new scientific hunt for Planet Nine.

According to Daniel Whitmire and John Matese, who, in 1985, co-wrote a featured article for Time magazine titled “Did Comets Kill the Dinosaurs? A Bold New Theory About Mass Extinctions,” have revisited their mass extinction theories and formed a link with the search for Planet Nine.

By their reckoning, Earth is subject to major extinction events every 27 million years caused by a barrage of comets flung at Earth by the gravitational instabilities triggered by the eccentric orbit of a major planetary body like Planet Nine. As if a planetary bombardment wasn’t enough, more dislodged comets would disintegrate close to the sun in the inner solar system, creating clouds of debris that dim the sunlight, causing a global cooling event that speeds up the demise of life on Earth.

Though an interesting idea, more work is needed, even if the hypothetical Planet Nine is discovered to be real. Although there is evidence of mass extinctions on Earth being linked with periods of comet/asteroid bombardments, the trigger isn’t necessarily the existence of a massive planet in the outer solar system. Previous studies have hinted that comet bombardment events coincide with the passage of the solar system through our galactic plane; it’s actually a dense band of dark matter that causes the cometary drama on cycles of around 26 million years or so. There’s also the nagging possibility that the apparent periodicity of extinction events and comet impacts may not be real.

This research assumes that Planet Nine has a huge orbital period — it would need to pass through the Kuiper belt every 26 million years for this theory to hold water. In an interview with the MailOnline, Brown pointed out that the Planet Nine he is looking for most likely isn’t the Planet X Whitmire and Matese hopes it is.

“Whitmire has been speculating for decades about a very distant very massive planet pushing comets around. It has to have an orbital period of something like 27 million years,” said Brown. “While that idea may or may not make sense, it definitely has nothing to do with Planet Nine, which is much closer to the sun and thus ‘only’ takes 15,000 years to go around.”

“The evidence for Planet Nine says nothing about whether or not there is a more distant Planet X.” 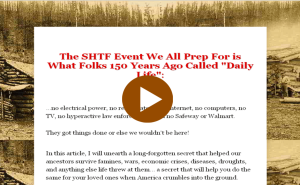 Source: University of Arkansas via Physorg.com