Home›Economy Collapse›Hurricane Irma,Massive 8.1 EQ in Mexico, Is Yellowstone Next? Yellowstone Super Volcano Could Wipe Out Much Of The United States Burying Much Of The Country In Ash 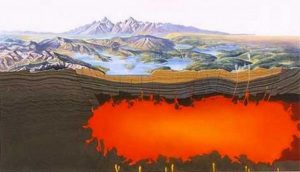 It’s no mere doomsday pseudoscience: The Yellowstone supervolcano really could be the end of us all. When the Yellowstone Caldera — the name of the national park’s geographic structure, which roughly translates as “caldron” — blows its lid, much of the continental United States will get covered in a blanket of ash.

That ash will clog the atmosphere enough to block out the sun, disrupting the global climate enough to cause food shortages and mass famine.

The last full-scale eruption of that kind occurred 640,000 years ago, and the ones prior to that occurred 1.3 and 2.1 million years ago. Interspersed with the big ones have been smaller-scale but still major eruptions, most recently 70,000 years ago.

At the Yellowstone Volcano Observatory (YVO), an outpost run by the U.S. Geological Survey in conjunction with Yellowstone National Park and the University of Utah, a team of volcanologists continuously monitors the sleeping giant’s tectonic activity. They listen to its rumblings (which are streamed online in real time) for clues as to what’s brewing below the surface. Jacob Lowenstern, scientist-in-charge at YVO, told us what they’re listening for and what they know so far about the next “big one.”

“Earthquake swarms” (that is, series of quakes), ground deformation, and hydrothermal (steam) explosions can all signal impending volcanic activity, Lowenstern said. All three are common at Yellowstone — the area has a history of earthquake swarms and uplift/subsidence cycles and is practically always astir — but for now, they aren’t intense enough to warrant concern about an impending volcanic eruption.

READ MORE:“SUPERVOLCANO” WARNING-Yellowstone About To Blow? Scientists Warning Over SUPER-VOLCANO That Could Kill MILLIONS

“It is clear from geological studies that the kind of activity we see at Yellowstone  has been occurring for a very long time, and that such activity does not imply that an eruption is coming anytime soon,” Lowenstern wrote in an email. “Given that one hasn’t happened at Yellowstone for 70,000 years, and given that we know there are lots of earthquake swarms and episodes of ground deformation, it is clear that it takes quite a bit to cause Yellowstone to erupt.”

During the five years since the YVO team began posting monthly volcano alert levels, the level has stayed at “normal.” That will change, Lowenstern explained, only if an intense swarm of more than 500 earthquakes, some with magnitudes greater than 4.5, is accompanied by either a rapid change in ground displacement — for example, a rise or fall in the Earth’s crust of more than 2 inches (5 cm) in 30 days — or a large hydrothermal explosion.

Before upping the alert level, “in general, we’d need to see more going on than what we’ve seen, and we’d want to see deformation and earthquakes happening simultaneously and in some abundance,” Lowenstern said. Even those warning signs wouldn’t necessarily mean a massive eruption, the scientists are quick to note. 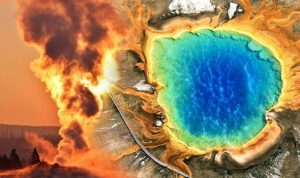 Until the moment the YVO team sees signs that an eruption is months or weeks away, there is no trustworthy way to predict when one will occur. “Scientists are reasonably good at short-term forecasts of volcanic activity but cannot look long into the future,” Lowenstern told Life’s Little Mysteries.

Earth’s tectonic plates are too complex for their future to be knowable. Thus, in lieu of predicting exactly when specific earthquakes and volcanic eruptions will happen, geologists “typically rely on probabilistic evaluations that are based on how often volcanoes have erupted in the past,” Lowenstern explained.

“It could still be tens of thousands of years before the next eruption. Having said that, it is always possible that things could change… and that’s why we keep a close watch,” he wrote.

What If Yellowstone Erupted Tomorrow?Prepare Your Family for Survival-Learn How Planning Ahead Can Help You Protect Your Family, Your Home And Your Belongings In A Dangerous Time.Watch this free video. 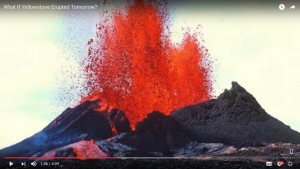 According to scientists, there's a 10 percent chance that within the next 80 years, the Yellowstone supervolcano could erupt, killing millions worldwide. It's not very good news, but it's information pieced together by scientists who have been looking for patterns in volcanic activity on Earth. At least now, we have some serious early warning. 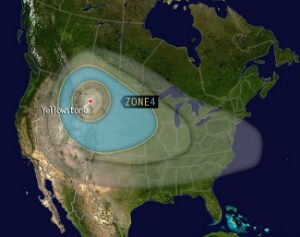 LOS ANGELES, CA - European scientists have a dire warning for the United States, and the world. The planet is in "volcano season." Noting the recently observed, substantial uptick in volcanic activity, and comparing this with historic data, they have found Earth has periods of increased volcanic activity. We have just begun one such period.

Each volcano season is marked by an increase in volcanic eruptions. They don't have any explanation for this variation.

Experts from the European Science Foundation evaluated the impacts of various disasters, their probabilities and our preparedness levels. Disasters like tsunamis are earthquakes are so common that we are generally well prepared for them. But volcanoes go hundreds of years between eruptions, erasing collective memories about their violence. Volcanoes are greatly underestimated for their potential to destroy lives and impact the biosphere.

It has been two centuries since the eruption of Tambora in Sumatra. Tambora is often overshadowed by its cousin Krakatoa, which literally blew itself to smithereens in 1883, but Tambora in 1815 was a much larger eruption. Tambora killed at least 100,000 people directly, but millions may have died from its indirect effects. Tamboa spewed so much ash into the air that it cooled the Earth. The year 1816 was known as the year without summer because the planet did not warm up. In New England, farmers recorded the temperature fell below freezing every month, including in June, July and August. Crops were destroyed and millions died in the resulting global famine.

Scientists have identified three major volcanoes of particular concern. They are Mt. Vesuvius in Italy, Popocatépetl near Mexico City, and the Yellowstone supervolcano. Of the three, Yellowstone gives the most worry. Scientists think there is a 10 percent chance it could blow within the next 70 years.

Any one of these three volcanoes could impact the Earth's climate for a year or more, but only Yellowstone can cause millions of deaths, possibly billions. 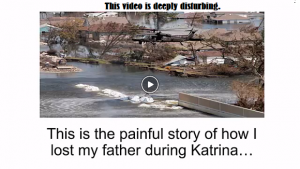 Yellowstone is a supervolcano, with a caldera 35 miles wide. If it were to erupt, the entire state of Wyoming could be destroyed. Much of several neighboring states would be quickly buried in ash. Crops, livestock, people, and waterways would be entirely destroyed. Ash would fall for thousands of miles, and possibly around the world. Aerosols would disperse in the atmosphere, cooling the planet for years, possibly decades. A mini-ice age would result as snow falls and never melts.

The region is rife with low-grade volcanic activity, which produces geysers, some of the park's most famous features. It also produces massive dead spots where even trees cannot grow. Recent mass migrations of animals have concerned outsiders who see the migrations as the animals fleeing danger, although park officials say such behavior is habitual.

There is no way to prevent or to hardly cope with a disaster of such magnitude. Worst of all, it will happen, it's just a matter of time. While a massive asteroid impact could be diverted with future technology, there is simply no way to stop a supervolcano.

The United States would likely collapse, as well as several other nations around the world. The political chaos might even be more deadly than the natural crisis.

Volcanic eruptions around the world are presently at their highest in over 300 years. This means an eruption with global impacts, like Tambora, is not only possible, it is likely.

Unfortunately, there's little you can do to prepare. 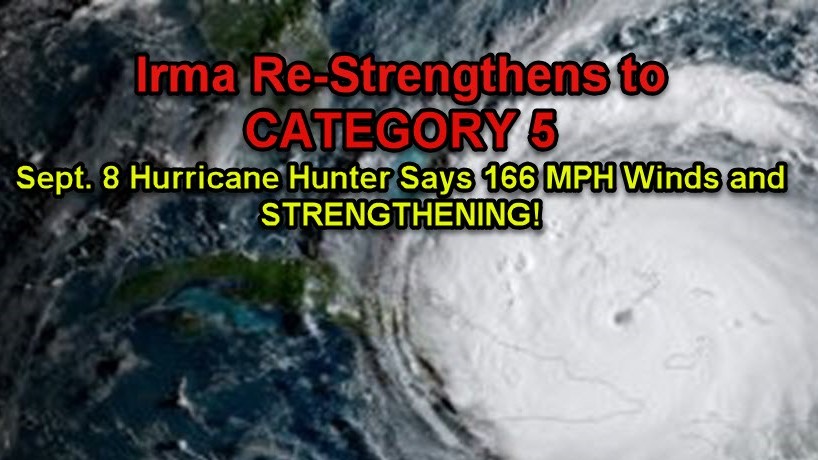 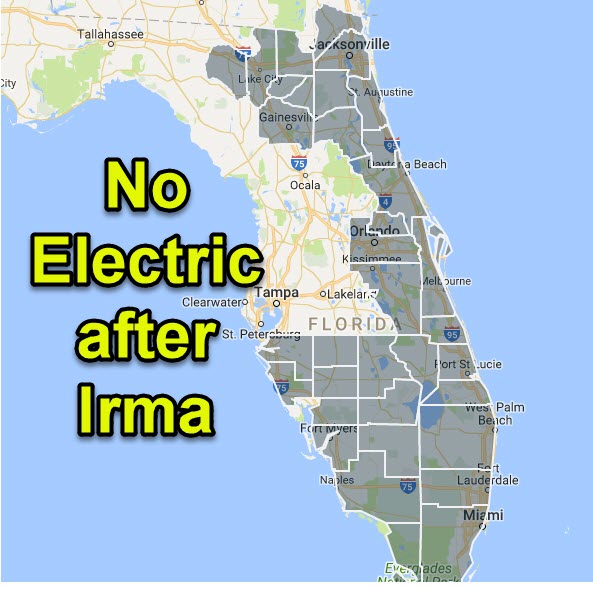