Home›End Of The Days›Great American Solar Eclipse on Aug, 21, 2017, Cult of the Black Sun and the Opening of the Abyss in Revelation 9 Prepare Yourself For The “Big One” In August 2017

Great American Solar Eclipse on Aug, 21, 2017, Cult of the Black Sun and the Opening of the Abyss in Revelation 9 Prepare Yourself For The “Big One” In August 2017 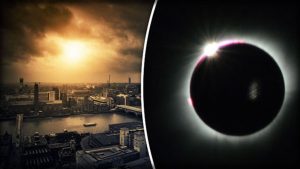 The year has only just begun and yet people across the world are already gearing up for the biggest astronomical event to take place in North America in almost forty years.

On Monday, August 21, 2017 a total solar eclipse will sweep across the United States, darkening skies from the West coast all the way to the East coast.

Sky watchers, sun chasers, moon gazers, astronomers, and just about everyone else will turn their attention to the cosmos and get a chance to witness this rare and spectacular celestial event!

The 2017 eclipse is already being called the “Great American Total Solar Eclipse” and many people are extremely excited for this one, some have even been waiting decades to see it.

If you want to get the most out of the mid-August eclipse, you’ll need to plan ahead first and know all about what to expect from the experience.

During a total solar eclipse the moon appears to completely and totally cover the sun. With the sunlight blocked out, it’s prevented from reaching Earth, day suddenly turns into night and darkness falls upon parts of the planet.

This occurs when the moon passes between the sun and Earth and like all solar eclipses, it must happen during a new moon. Furthermore, the alignment of the sun, moon, and Earth all must enter into syzergy, meaning they are in conjunction and aligned both straight and evenly.

Because the moon’s orbit is slightly tilted and elliptical, rather than circular and on an even orbital plane to that of the Earth, its shadow at new moon almost always misses Earth.

APOCALYPSE NOW-World Predicted To End In 2017 Thanks To a Total Solar Eclipse Hitting America And UK-Prepare Yourself For The “Big One” In August 21, 2017

However, when syzergy occurs and the new moon is at a place in its orbit where it’s close enough to appear just as large as the sun is, a total solar eclipse can occur.

Yet even still, in order to view it here on Earth, a person needs to be at a location in what is called the path of totality. That is the area where the moon’s shadow tracks along on the Earth’s surface below as it sweeps across the sun. It’s also where viewing is the best and darkest because the sun is totally blocked out by the moon!

For this upcoming great American total solar eclipse the path of totality happens to pass beautifully across a number of states in a narrow arc which will be approximately 75 miles wide.

It starts up on the Pacific Northwest coast of Oregon and travels over and down on a southeasterly bend crossing over parts of Idaho, Wyoming, Nebraska, Kansas, Missouri, Illinois, Kentucky, Tennessee, North Carolina, and Georgia, before ending in South Carolina.

According to Space.com skywatching columnist Joe Rao, approximately 12 million people live in the narrow path of totality and a further 220 million live within a one day drive of it.

Those who are lucky enough to experience the eclipse in the path of totality will have anywhere between a few seconds and 2 minutes and 44 seconds of it, which is the longest period of totality according to data provided by the US Naval Observatory on their official eclipse page. In case you’re wondering, the exact spot with the greatest duration is located somewhere within the Shawnee National Forest in Southern Illinois.

Of course, all views of the eclipse hinge on two important factors, one being the weather and two being eye protection. Proper eye wear is essential and critical for anyone who plans on looking up at the eclipse.

You should only do so with special solar viewing glasses on at all times which allow you to safety look at the eclipse. Sunglasses, even layering several pairs of them, will not provide adequate protection and don’t even think about using binoculars!

We all know the general rule of thumb which is to never stare at the sun, but during solar eclipses extra special care needs to be taken. Because the sun is partly covered by the moon, people find it easy to look and stare at.

They feel the need to blink less and their pupils are also less likely to contract instinctively, like how they otherwise would do on a normal bright day. Instead they may even dilate, allowing infra red light waves into the eyes, which can seriously burn the retina and even fry it.

We’ve all heard the warnings and horror stories about how someone went blind during a solar eclipse and while it may seem far fetched or exaggerated, the risk is real.

On August 21, 2017, Americans will have a rare opportunity to witness a total solar eclipse from almost everywhere in the country. This marks the first total solar eclipse in almost 40 years to be visible in the United States, the first in 99 years where totality is visible somewhere within the country, and the first since 1776 where totality is visible from coast-to-coast like the eclipse event coming up this August.

Are We Living In The Last Days? Signs Of The End Times – 2017 Biblical End Time Prophecy 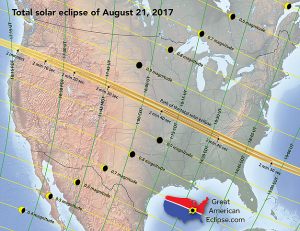 The fact that total solar eclipses occur at all is a quirk of cosmic geometry. The moon orbits an average of 239,000 miles (384,600 kilometers) from Earth — just the right distance to seem the same size in the sky as the much-larger sun.

But, most solar eclipses are of the partial variety, in which the moon appears to take a bite out of the sun's disk. Indeed, two to five solar eclipses occur every year on average; total eclipses happen just once every 18 months or so. (Eclipses are relatively rare because the moon's orbit is inclined about 5 degrees relative to that of Earth. If the two bodies orbited in exactly the same plane, a solar eclipse would occur every month, during the moon's "new" phase.)

Furthermore, the narrow path of totality is often inaccessible to skywatchers — most of Earth is covered by water, after all —so a total solar eclipse that occurs over populated areas is quite special. Indeed, the August 2017 event will be the first one whose totality path lies completely within the United States since 1776, experts have said.

Bible Signs Of The End Times-Watch this video 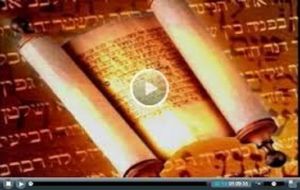 That path goes from the Oregon coast through Idaho, Wyoming, Nebraska, Kansas, Missouri, Illinois, Kentucky, Tennessee, Georgia, North Carolina and South Carolina. While just 12 million people or so live within the narrow band, perhaps 220 million reside within a day's drive of it, according to Space.com skywatching columnist Joe Rao.

The 70-mile wide path that spans from one side of the country to the other cuts a line of division across the continent. That is rather telling for a time such as this, especially since the last time an eclipse of this nature occurred was at the very time our country claimed its independence and formed the foundation of our American government.

Even more compelling is that this eclipse for which totality can be viewed, will span across twelve states along an area where approximately twelve million people reside. Twelve is the biblical number for God's government.

For those of us who watch the prophetic signs in the sky, I wanted to look into this eclipse event a little more. We know that the blood moons from 2014-2015 all fell on Jewish Feast Days, an unprecedented fulfillment of prophecy in itself.

And, don't forget the two total solar eclipses that fell smack dab in the middle and at the end of the four blood moons and on March 20, 2015 and September 15, 2015 respectively. To have all of these blood moons and total eclipses fall on these High Holy Days in succession is clearly a prophetic sign that should not be ignored.

Further, this eclipse will occur one lunar month prior to the Great Sign of Revelation 12 on September 23, 2017, another incredible fulfillment of end-time biblical prophecy.

The cult of the Black Sun is anxiously positioning itself for what they hope will take place if their rituals are successful. These occult giants of the beast world system are diligently working to facilitate the opening of the abyss, the bottomless pit, which will unleash the equivalent of "hell" on earth.

These videos will offer important data that effectively reveals and reproves works of darkness taking place on the world stage at this pivotal moment in time. Hopefully these videos will also offer some thought-provoking insight to what I believe to be the current phase in Luciferian occult activity and ritual, which many of us know is directly linked to the New World Order Globalist agenda that seems to be aligning itself or attaching itself to the Great American Solar Eclipse event taking place in August of this year.

As we draw nearer to Jesus' return the condition of the world will descend deeper into chaos and depravity. Keep your eyes on the Lord, watch and prepare for His return.When the elite of the World start preparing for doomsday, that is a very troubling sign. And right now the elite appear to be quietly preparing for disaster like never before.Want to Be on Survivalist?The 3 Pioneer Survival Lessons We Should All Learn! Here’s your chance.Watch this free video.