For Moon fans, September, 2016 will provide plenty of Moon action! The month begins and ends with a New Moon, with the Full Moon precisely sandwiched in between, on the 16th. See the Moon Phase dates below.

The bright morning ‘star’ you’ll see from the 24th to the 30th is Mercury, which will be hovering above the crescent Moon on the 29th.

September is known for the change it brings; this year’s Autumn Equinox ushers our part of the world from Summer to Fall on September 22, 2016 at 10:21 A.M. (ET).

The Full Moon nearest the autumnal equinox is named the Harvest Moon since, during this month, the Moon helps the harvest by providing more light at the right time than other Full Moons do.

In years when the Harvest Moon falls in October, the September full Moon is usually known as the Full Corn Moon because it traditionally corresponds with the time of harvesting corn. It is also called the Barley Moon because this is the time to harvest and thresh the ripened barley.

Learn more about Full Moon names and their traditional meanings.

Why does the Moon ride high or low? Find out the answer to this question–and learn more about September’s Full Moon in this entertaining video.

Below are the best days for activities, based on the Moon’s sign and phase in September. 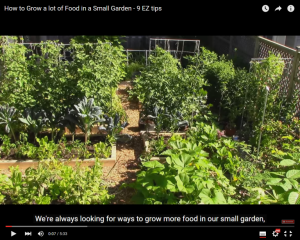 Usually the Moon rises about 50 minutes later each day, but around the time of the autumnal equinox, it rises only around 30 minutes in the United States—even less in Canada.

Frost occurring in the dark of the moon kills fruit buds and blossoms, but frost in the light of the moon will not.

WHAT IS A HARVEST MOON?

A Harvest Moon shines over the valley.Photo by Hahn Family Winery via Wikimedia Commons

Astronomers define the Harvest Moon as the full Moon nearest the autumnal equinox, which often makes it the September full Moon. The Harvest Moon can also fall in early October, coming anywhere from two weeks before to two weeks after the equinox.

Why does it have special importance?

WHAT MAKES THE HARVEST MOON DIFFERENT?

The usual behavior of the Moon is to rise distinctly later each night—an average ofabout 50 minutes later each day.

If interested, here is the scientific explanation: The Moon’s orbital motion (combined with the larger orbit of the Earth around the Sun) carries it farther eastward among the constellations of the zodiac from night to night. At any one moonrise, the Moon occupies a particular place on the celestial sphere (the great dome of the heavens), but when the Earth turns toward that point 24 hours later, the Moon has moved off to the east about 12 degrees, and it takes an average of 50 minutes longer for the Earth to rotate toward the Moon and for the Moon thus to “rise.” Think of it as a giant Slinky in which each loop, representing one lunar orbit of the Earth, advances the orbit a bit farther along the spiral path.

But around the date of the Harvest Moon, the Moon rises about the same time. It may almost seem as if there are full Moons multiple nights in a row!

We no longer know how to live without refrigerators, without cars, without phones or without supermarkets.Just like our forefathers used to do,  The Lost Ways teaches you how you can survive in the worst-case scenario with the minimum resources available.It comes as a step-by-step guide accompanied by pictures and teaches you how to use basic ingredients to make super-food for your loved ones.

What will you do tomorrow if you simply are unable to buy things?

Find all the answers  in this great book  ‘The Lost Ways‘ .Learn the lost ways of our ancestors! 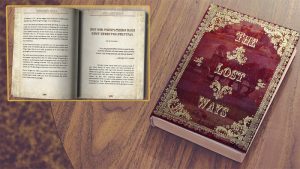 Why? Remember that the zodiac is the band of constellations through which the Moon travels from night to night. The section of the zodiac band in which the full Moon travels around the start of autumn is the section that forms the most shallow angle with the eastern horizon. Because the Moon’s orbit on successive nights is more nearly parallel to the horizon at that time, its relationship to the eastern horizon does not change appreciably, and the Earth does not have to turn as far to bring up the Moon.

The Moon may rise as little as 23 minutes later on several nights before and after the full Harvest Moon (at about 42 degrees north latitude), and there is an abundance of bright moonlight early in the evening, a traditional aid to harvest crews. By the time the Moon has reached last quarter, however, the typical 50-minute delay has returned.

At the start of spring, the opposite applies. The full Moon is in the section of the zodiac that has the steepest angle with respect to the eastern horizon. For several days bracketing the full Moon nearest the vernal equinox, the delay in moonrise is as much as 75 minutes (at 42 degrees north latitude).

Here is another way of expressing what happens with the Harvest Moon: It is in this part of the zodiac that the Moon’s eastward (orbital) motion has its largest northward component. For observers in Earth’s Northern Hemisphere, the farther north an object is in the heavens, the longer an arc it makes across the sky, and the longer a time it is visible above the horizon. Thus, to say that the Moon is getting rapidly farther north each night around the time of the Harvest Moon is to say that, for northern latitudes on Earth, it will keep rising distinctly earlier than would otherwise be expected—nearly the same time as the night before.

How nearly the same is “almost the same time” each night? This varies with latitude, for the farther north you are, the shallower the angle of the zodiac is with respect to your horizon. In most of the United States and southern Canada, the Harvest Moon rises 25 to 30 minutes later each night. The effect is less noticeable the farther south you go. But going north makes the Harvest Moon more extreme.

According to astronomy author Guy Ottewell, the idea of the Harvest Moon originated in Europe (average latitude about 50 degrees north), where the Harvest Moon rises only ten to 20 minutes later each night. It must have seemed a boon that just when days were getting rapidly shorter and the Sun seemed to go down all too soon, the Harvest Moon arrived to extend the hours that harvesting could be done.

As a final note, I should add that it is not just Western civilization that has given special importance to the Harvest Moon. For Chinese people everywhere, this full Moon is the occasion for the Festival of the August Moon (the “August” is through a calendar discrepancy) or Mid-Autumn Festival (in some cultures, the equinoxes and solstices have been considered the middle of the seasons). This festival is celebrated with joyful games and the eating of “Mooncakes.”

I remember vividly being invited to one such celebration and singing songs and playing my guitar to a circle of friendly faces in the light of the rising Harvest Moon. 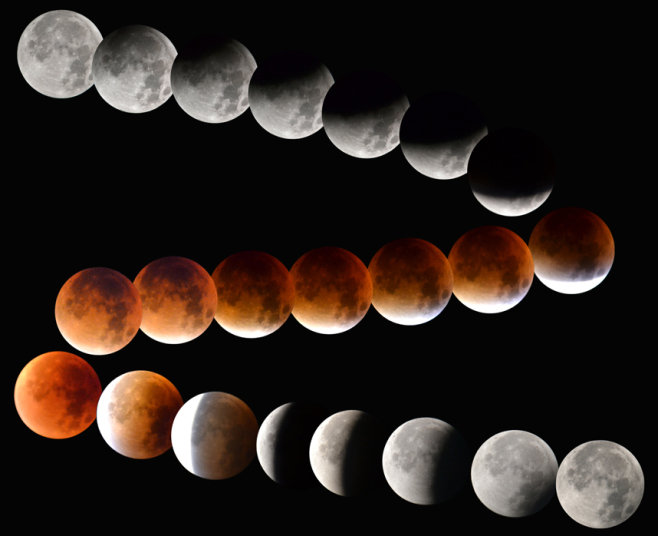 OBAMA: "Americans Would Be Better Under Martial ...