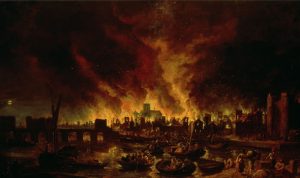 The manuscript, which was written between 1486 and 1488, comes as a ‘map of Hell’ and depicts the ways in which the unknown author feared the world might end.

Originating from Lübeck, Germany, and written in Latin, it gives an overall feeling of how people lived between 639 and 1514.

It describes the rise of Islam, speaks of an Antichrist and predicts a Judgement Day which the author feared would occur in 1651.

While the alleged doomsday came and went without notable incident, the manuscript still makes for a chilling read.

The author behind the book, who is believed to have been a well-educated doctor as there are sections about astrological medicines which are advanced for their time, warns that Islam is a threat to the Christian world.

Another shows five swords inside a circle, with each one labelled: 'It corrects', 'It reforms', 'It crushes' and 'to Rome’, while the fifth is left blank.

READ-End of the world by tea-time! Transit of Mercury linked to Biblical Armageddon prophecy

The 'Swords of Islam' that were meant to conquer Europe
This is said to represent the ‘Sword of Islam’ which he or she predicted would conquer Europe.

Van Duzer, author of Apocalyptic Cartography, said: “There's no way to escape it, this work is very anti-Islamic.

The manuscript shows the Mouth of Hell

“It's unfortunate, but it was a widespread bias in that place and time.”

Perhaps the most farfetched illustration in the manuscript is of Judgement Day, which shows the mouth of Hell and the gates of Paradise opening which was predicted to happen in 1651.

The manuscript is now held in the Huntington Library in San Marino, California.

HE STARTED-ARE YOU READY? California To Become ... 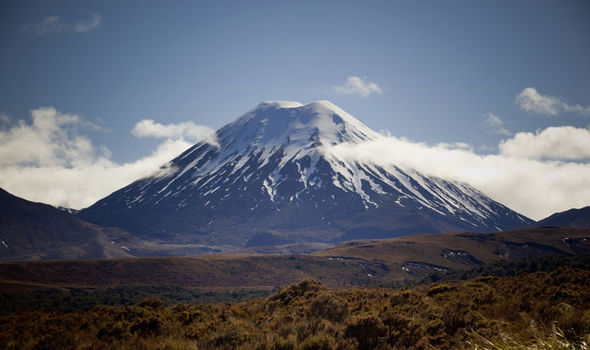