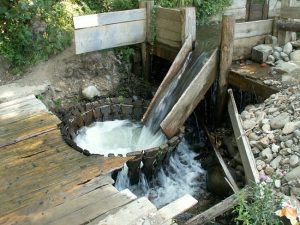 On the Isticeu River, an important tributary of the Gurghiu River, in an area in which a dam was built to make a waterfall, brothers Vasile and Florea ,started building a 'valtoare' (whirlpool used for washing clothes in the river) and mill, as they existed when they were children and still exist on the Gurghiu River valley.

Their efforts were crowned with success, as they managed to build the largest whirlpool in the Gurghiu River valley area, and for this reason the women in the area crowd the place before the two large Christian Holidays: Christmas and Easter. ♥

The two brothers carved a large tree trunk, hollowed it, and placed pickets in it over two meters high, placed in a conical shape with small gaps between them that they affixed to the ground. On the bottom of this inverted cone a waterproof material was placed to protect the whirlpool from degradation, given that the water has the highest force in that area.

In order to use the whirlpool, the brothers built a dammed eave that the women free when they want to wash in order for the water to form the powerful whirlpool. In this whirlpool women throw clothes, sheets, coats, carpets, rugs, wool items regardless of size, and without detergents or other substances, get clean, aerated clothes after no more than 20 minutes of washing.

"We thought that when we were 10 years old we had some of these ('valtori' — e.n.) made and we thought in the '90's to build one here for us. We saw that the water can be diverted and we did it. The women wash and come with clothes like those that you give a woman when she's to be married, and we don't ask for a thing. 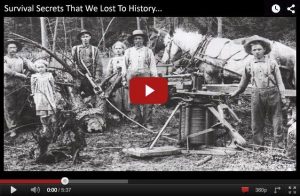 Some bring a fele (traditional unit of measurement — roughly equal to 750 ml — e.n.) of plum brandy, others a bottle of wine and they say 'they worked a bit there'. But it's good that way, because we're in the village. We have the Isticeu river, we dug a trough and then we came with boards and placed ash boards in the whirlpool so that they resist longer, they're water resistant. The women said we had to do it from wood that would hold.

The 'valtoare' lasts for about 20 years, then the water destroys the wood and another one is made. The first was made of beech, then we changed it. The water comes down the sluice — we have a block for protection, so that if a mother comes with her child to the whirlpool and he falls in the ditch, he stops there, because if he falls in the whirlpool you'll never get him out. The protection is for everything, so that logs or dirt don't enter the whirlpool", said Vasile.

His brother, Florea, said that he worked with Vasile in building the whirlpool: "We all worked here and the handymen sorted everything, those who knew how, the rest of us were simple laborers".

Vasile's wife, Floarea , said in her turn that they did not calculate the costs of the whirlpool and that it was a personal ambition of her husband's.

"My husband was a handyman, he worked in all the houses as a painter and mason and, at one point, said 'I'm not going anymore, I'm doing my own job". They kept working on the whirlpool, the girls were in school, it wasn't easy because nobody's giving you money when you're working for yourself", said Floarea . Regarding the usefulness of the whirlpool, she said that it can wash anything from Persian rugs to "things they wear these days".

"We go there with the basket, we throw them there, they don't need to soak before, they don't need detergent, it's like an ecological washing machine. The clothes sit for about 15-20 minutes, depending on how dirty they are. People come usually around the holidays, people clean up then and the whirlpool is full. People come with carts, with wheelbarrows, with their cars.

They wash up real good, they get fresh, and if they're made of wool they would normally leave hairs, but they're like new if that water strikes them. We don't have a fulling mill, there was one in Ibanesti, I think there's one still. Before we would use to wash a lot of clothes, now they're not used anymore, they sit in the women's dowry chests, unused. There are some other whirlpools here, but smaller", said Floarea.

Her sister-in-law, Lucretia explains that "you use a hook to take clothes out. We wash everything in the whirlpool every two weeks, because they need washing. Every two weeks we take the covers of the bed and wash them", said Lucretia .

Seeing the success the whirlpool had amongst the women in the village, the two brothers have decided to build something for the men as well and as such, built another trough, near the whirlpool, to direct water to a mill wheel that powers a saw.

In the communes of Hodac and Ibanesti, on the Gurghiu River valley, two or three whirlpools still exist, but 30-40 years ago, around 70 used to exist, as owning one was a pretty profitable business.

Hodac commune is situated in the Gurghiu River valley, at an altitude of 650-700 meters, in the course of the Gurghiu and Isticeu rivers, at the bottom of the Gurghiu mountains, 48 kilometers away from Targu Mures, the local population being mostly concerned with woodworking, agriculture and animal husbandry, as well as crafting traditional items and agrotourism.

The Secrets of Longevity-THE LOST WAYS

What they ate, how they ‘fought’?  What kind of teas they drank?

The Lost Ways…a true story about our grandparents days! Watch this FREE Video Below 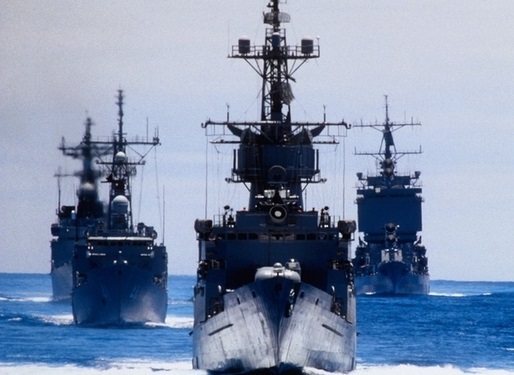 'ARK OF GABRIEL' -THE MOST DANGEROUS WEAPON ... 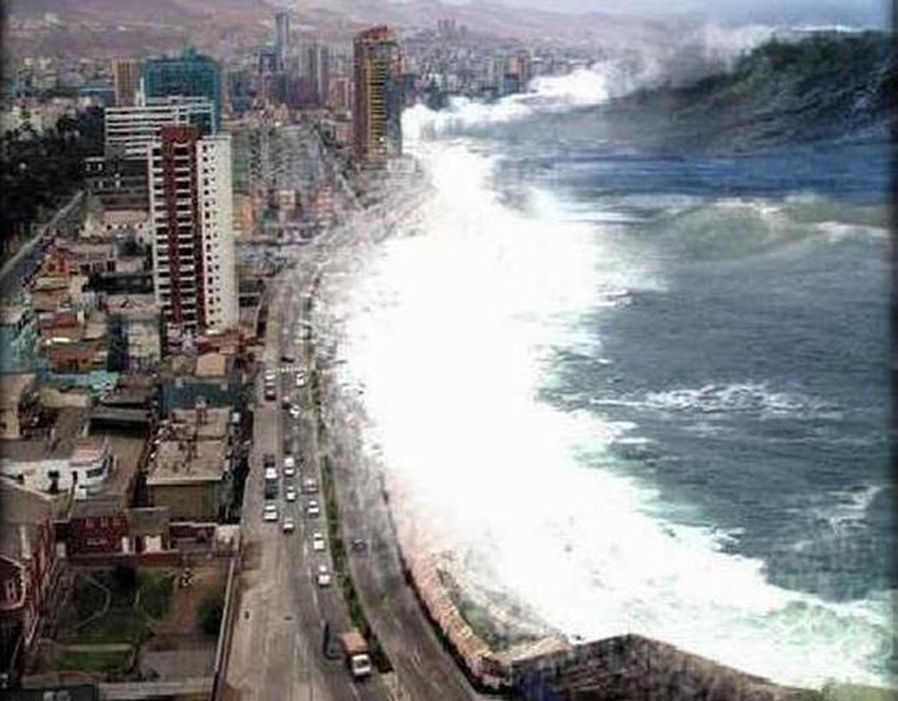