California Earthquake News:New Forecast Boosts Chance Of Mega-Quake In California In The Near Future (photo & video)

The magnitude 7.2 earthquake in 2010 that was centered near the California-Mexico border was among those that have jumped faults. Above, a road in Mexicali, Mexico, after the quake. (Don Bartletti / Los Angeles Times)

The next magnitude 8.0 or greater earthquake to hit California could come a little sooner than expected.

The estimated chance of whether such a mega-earthquake would hit California in the next three decades was raised to 7% from about 4.7%, the U.S. Geological Survey said Tuesday.

An 8.0 earthquake hitting a populated area would be devastating — producing 89 times more energy than the magnitude 6.7 Northridge earthquake in 1994. Such powerful quakes are relatively rare — scientists believe the last mega-quake to hit Southern California was a magnitude 7.9 earthquake in 1857.

Here's a look at how scientists figured out the new forecast. 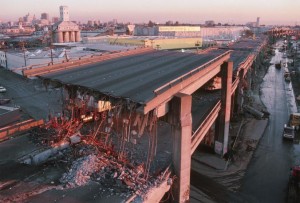 But as scientists identified more faults in California, "it has become increasingly apparent that we are not dealing with a few well-separate faults, but with a vast interconnected fault system," Field said. "In fact, it has become difficult to identify where some faults end and others begin, implying many more opportunities for multi-fault ruptures."

More recently, the magnitude 7.2 earthquake in 2010 that was centered near the California-Mexico border on Easter Sunday jumped faults. Scientists said the Baja California quake directed tectonic stress northward, putting Southern California at a higher risk for a future quake. The original quake and aftershocks triggered movement on at least six faults, including the Elsinore and San Jacinto faults, which run close to heavily populated areas in eastern Los Angeles County and the Inland Empire.

The magnitude 9.0 earthquake that hit off the Japanese coast in 2011 also jumped fault boundaries, "resulting in a much larger fault-rupture area and magnitude than expected, and contributing to the deadly tsunami and Fukushima nuclear disaster," the USGS report said. 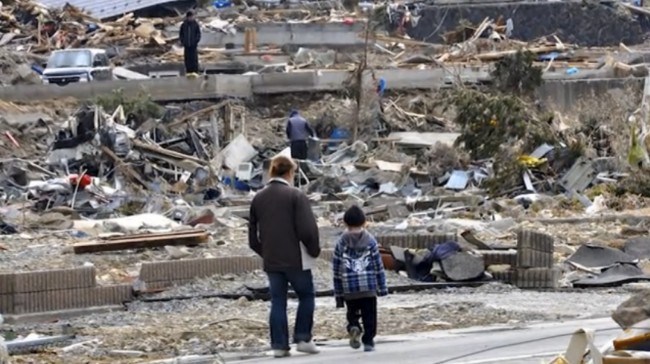 How often do quakes rupture along multiple faults in a simultaneous mega-quake?

Where are these faults located?

Many are in the Los Angeles area, in highly urban areas. During the Whittier Narrows earthquake, a magnitude 5.9 struck on the Puente Hills thrust fault system Oct. 1, 1987. Three days later, a magnitude 5.6 aftershock hit on a different fault. That aftershock killed one person, twisted several chimneys and broke windows. Damage was reported in Whittier, Pico Rivera, Los Angeles and Alhambra.

Which fault is ripe for the Big One?

The southern San Andreas is "most likely to host a large earthquake," the forecast said. This section of the fault has a 19% chance of having a magnitude 6.7 or larger earthquake in the next 30 years centered in California's Mojave Desert. 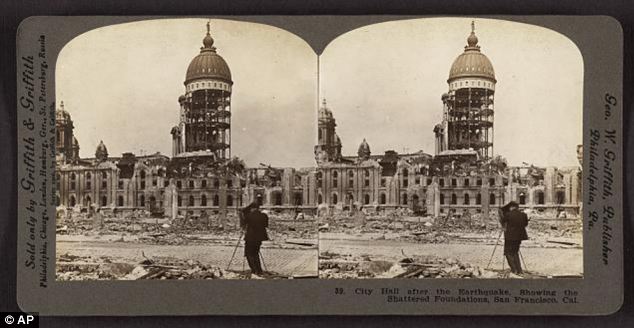 This photo provided by the Museum of Modern Art shows a stereo image of San Francisco City Hall made after the 1906 earthquake and fire that devastated the city.

Why do scientists use 30 years to forecast the chance of the next big earthquake?

It's the typical term a homeowner is paying off the mortgage on a house.

Does the forecast help scientists predict the exact date and time the next Big One will hit?

No. Experts say they can't predict when exactly the next big earthquake will come, but they're getting better at modeling the possibilities. Tuesday's forecast considered more than 250,000 fault-based earthquakes; the previous forecast considered about only 10,000. The latest calculations use about 300 earthquake faults; the 2007 forecast relied on 200 faults, and the original 1988 report was based on only 16. 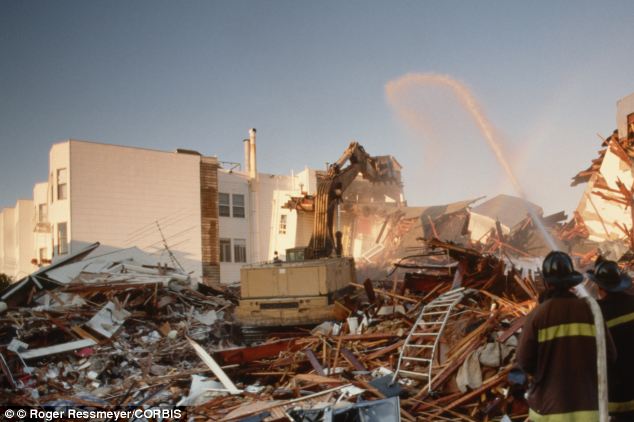 Earthquake damage in San Francisco on 18 Oct 1989, the day after the Loma Prieta earthquake. Researchers hope the new system could minise the loss of life from major California earthquakes in the future

Why does this matter to me?

"The message to the average citizen hasn't changed. You live in earthquake country, and you should live every day like it's the day a Big One could hit," Field said. "But what it really does help us do is refine our estimates for those designing critical facilities: hospitals, schools, bridges."

"We are fortunate that seismic activity in California has been relatively low over the past century. But we know that tectonic forces are continually tightening the springs of the San Andreas fault system, making big quakes inevitable," Tom Jordan, director of the Southern California Earthquake Center and a coauthor of the study, said in a statement. 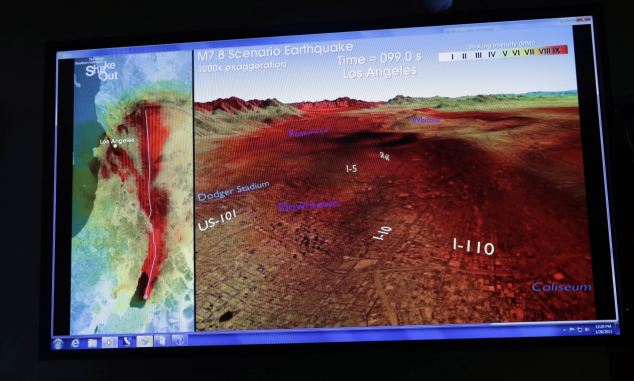 A simulation of a major earthquake along the an Andreas Fault, from the Salton Sea to downtown Los Angeles. Researchers today launched a bill for $80m of funding for an early warning system for the whole of Californai, which would use 2,000 sensors already in place to look for waves that signal the start of a fault line rupturing. 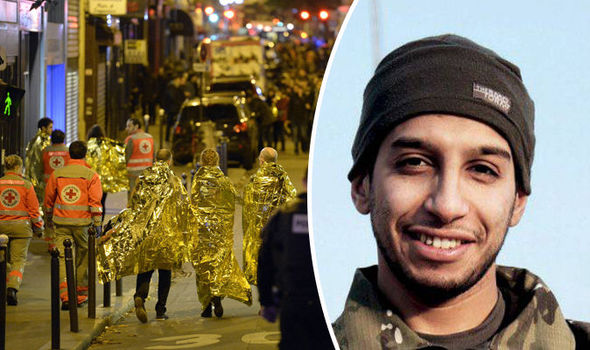 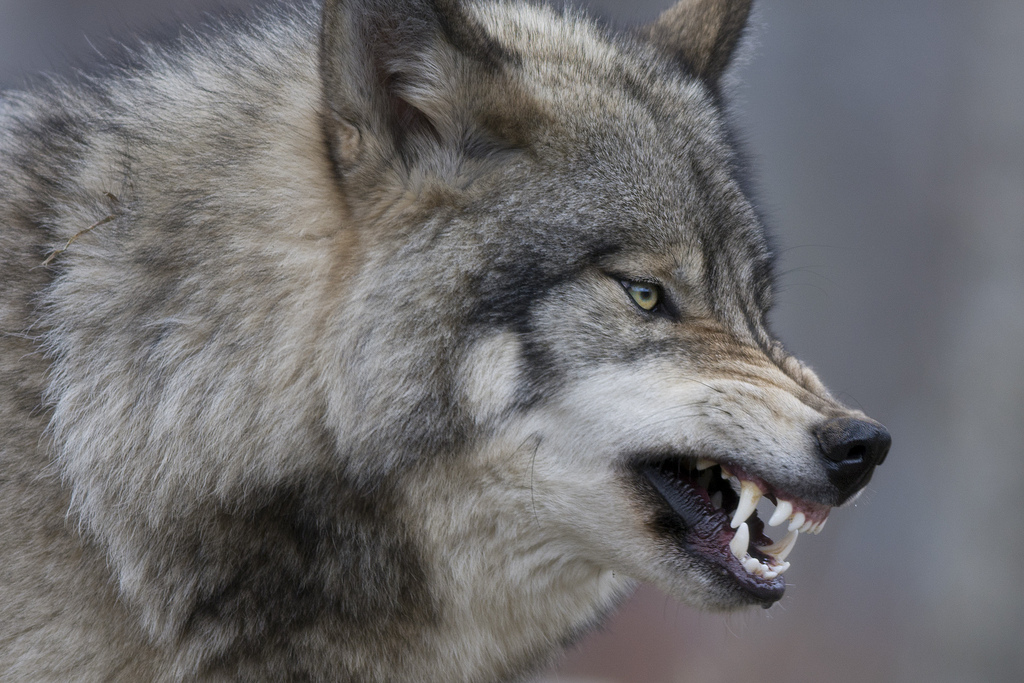