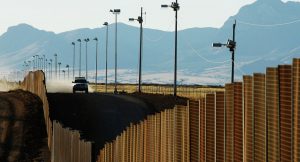 Donald Trump has ordered the start of his proposed border wall with Mexico - that experts say could cost up to $25 billion.

In an interview tonight the President claimed construction would start "within months" and Mexico would pay "100%" of the costs back.

Yet US taxpayers will fund the up-front costs - and he made the claim despite Mexico repeatedly saying it will not pay for the wall.

"We'll be reimbursed at a later date from whatever transaction we make from Mexico," Trump told ABC.

"I'm just telling you there will be a payment. It will be in a form, perhaps a complicated form.

"What I'm doing is good for the United States. It's also going to be good for Mexico. We want to have a very stable, very solid Mexico."

In his first speech to the Department of Homeland Security tonight he added: "A nation without borders is not a nation. Beginning today, the USA gets back control of its borders - gets back its borders." 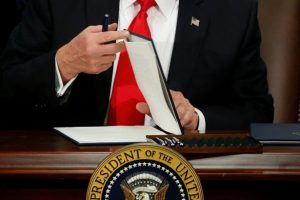 US taxpayers will fund the wall - with the US hoping to get money from Mexico later (Photo: REUTERS)

The President also claimed: "Our relationship with Mexico is going to get better."

During his Homeland Security speech, Trump said construction of the border wall would begin "immediately".

The move was the first of an array of sweeping changes to America’s border controls which will include targeting 'sanctuary' cities where local leaders refuse to hand over illegal immigrants for deportation.

He added: "We are going to get the bad ones out. The criminals and the drug dealers and gangs and gang members and cartel leaders. The day is over when they can stay in our country and wreak havoc."

⇒ George Soros: ‘I Will Take Down President Trump’ For THE NEW WORLD ORDER

The President’s signing of an executive order to direct federal funds to build the wall is his first effort to deliver on the signature issue that drove his successful presidential campaign.

The move is part of Trump’s immigration blitz that over the next few days is also said to include:

Hours before signing the executive order Trump posted a Tweet signalling his intent.

“Big day planned on NATIONAL SECURITY tomorrow,” he wrote, “Among many other things, we will build the wall.”

Making the announcement, Trump’s press secretary Sean Spicer today referred to the project as a “barrier” - a marked shift from the “wall” Trump called for throughout this campaign.

“Building this barrier is more than just a campaign promise,” he said. 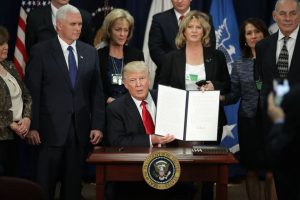 Spicer reiterated that Mexico would pay for it, something Mexican leaders have repeatedly said they would not do.

“One way or another, as the president has said before, Mexico will pay for it,” he added.

Announcing his run for the White House in June 2015 Trump launched his campaign on an aggressive attack on US immigration singling out Mexico.

He said: "When Mexico sends its people, they're not sending their best.

They're sending people that have lots of problems, and they're bringing those problems with us.

Just weeks before November’s election he reiterated his plans saying the wall would be "impenetrable, physical, tall, powerful, beautiful.”

However, according to an estimate by Marc Rosenblum, the deputy director of the US Immigration Policy Program at the nonpartisan Migration Policy Institute the price could be as high as $25 billion (£19.82 billion). It’s maintenance could cost an extra $700 million (£555 million) per year.

Trump also signed an order that will force so-called sanctuary cities in the US to co-operate with the authorities on deporting illegal immigrants.

"Sanctuary cities" are places that don't arrest or detain immigrants living in the country illegally.

The President brought in measures to strip any city found not to be deporting illegal immigrants of Government grant money.

In the coming days, Trump is expected to implement directives to stop most refugees including those from Syria coming to America while vetting processes are reviewed. 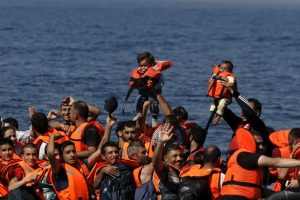 It could last for four months, or an indefinite amount of time.

The one exception is religious minorities fleeing persecution - which would apply to Christians fleeing Syria and other Muslim-majority countries, according to several congressional aides and immigration experts briefed on the matter.

The proposed plans also temporary visa ban on all people entering from some Muslim majority countries that pose a perceived terror risk - Syria, Iraq,Iran, Yemen, Somalia and Sudan. This would last at least 30 days.

Also the 2012 Deferred Action for Childhood Arrivals program (DACA) - which has shielded illegal immigrant children from deportation by granting them work permits - could be axed.

According to reports in the US, the President was also claimed to be reviewing whether to keep open the prison at Guantánamo Bay, designate the Muslim Brotherhood a terrorist organisation and resume the once-secret “black site” detention program.

The supposed draft, the order on detention policies would start a review of “whether to reinstate the program of interrogation of high-value alien terrorists to be operated outside the United States, and whether such a program should include the use of detention facilities operated by the CIA.”

The document asks senior national security officials whether the president should "reinitiate a program of interrogation of high-value alien terrorists to be operated outside the United States”.

But one section of the draft would require that “no person in the custody of the United States shall at any time be subjected to torture, or cruel,inhuman or degrading treatment or punishment, as describe by US or international law.”

However Trump’s press secretary said the draft was not from the White House.

FEMA CAMPS-The first 3 things to do during a disaster.3 Pioneer Survival Lessons you should probably learn.WATCH THE VIDEO BELOW NOW! 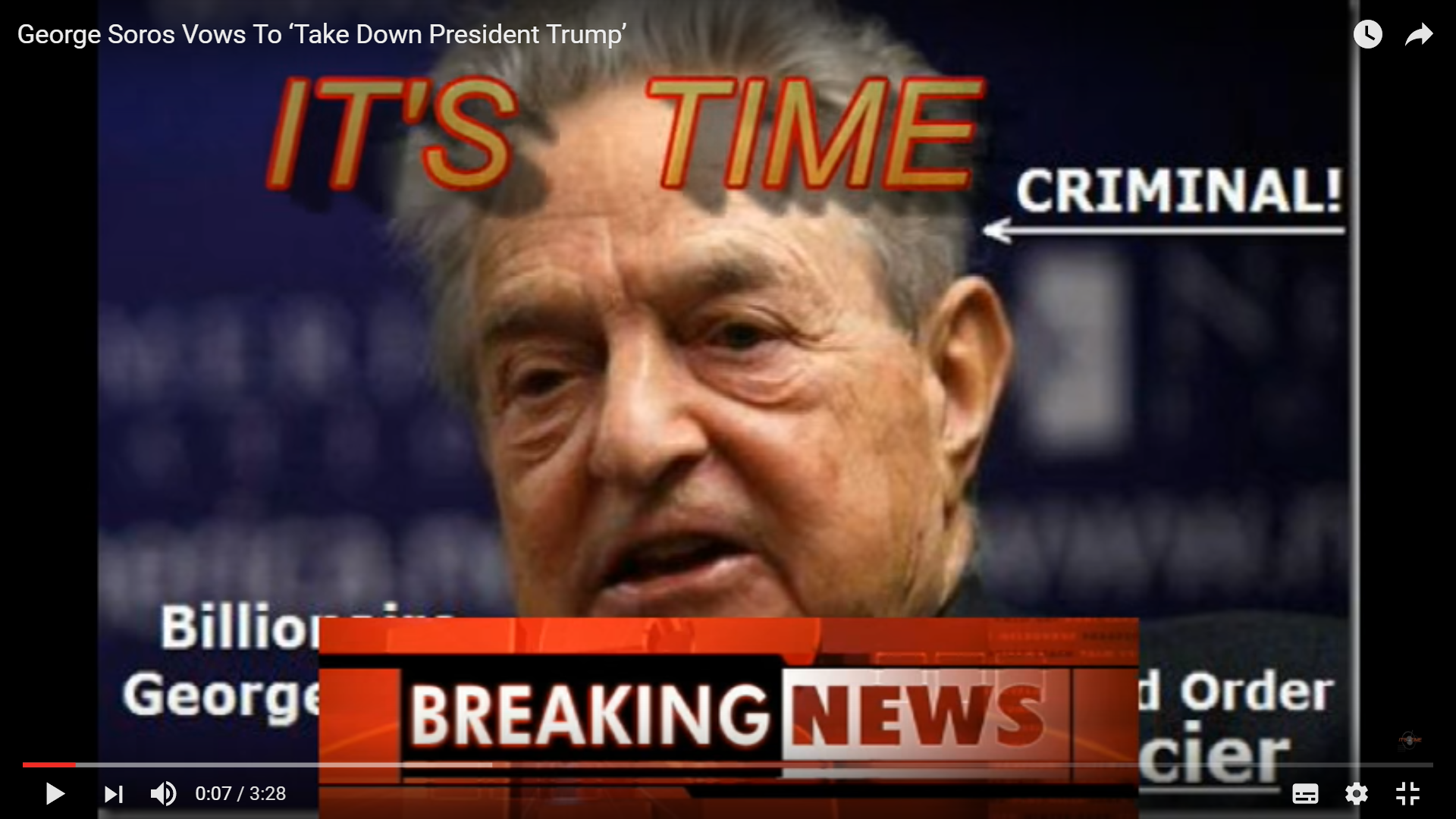 George Soros: 'I Will Take Down President ...

The Miracle Of SAGE-Health Benefits Of Sage- ...