Budweiser has created a Superbowl Ad that is creating a lot of controversy. The 1-minute ad tries to explain to origins of the company’s co-founder, Adolphus Busch, by focusing on the fact that he was an immigrant.

The ad starts out with an actor who is playing Busch being told, “You’re not wanted here! Go back home!”

The vice-president and ranking executive for Budweiser brand in the U.S., Ricardo Marques, claims that this is not related to what is currently going on in the country in regards to illegal immigration.

“There’s really no correlation with anything else that’s happening in the country,” he says.

“We believe this is a universal story that is very relevant today because probably more than any other period in history today the world pulls you in different directions, and it’s never been harder to stick to your guns.”

Translation: This is directly related to what is going on in the U.S. and we are standing with liberals across America because it’s the progressive thing to do.

The mud is thick and sticky, the kind that threatens to pull off your boots when you step into it. Flecks of it are splattered on the Victorian-era dresses and suits being worn by two dozen extras. It’s a dreary, drizzly day in mid-January, made grayer by plumes of smoke from a noisy fog machine, and these actors have spent hours wandering in and out of this gummy scene for the first wide shot from director Chris Sargent during the three-day production of Budweiser’s 60-second spot for the Super Bowl on Feb. 5.

“The first thing everybody said to me is that, typically, period pieces are fucking terrible,” says Sargent. “They stand out in advertising. The suspension of disbelief is gone because you’re watching TV—and as soon as you see it, you know it’s a commercial.”

But his ad, he insists, will be different.

We have been invited to document the making of the latest in a string of attention-grabbing spots by long-running Super Bowl advertiser Budweiser, and are sitting in the back room of the Living Cornerstone Church, which is being used as a makeshift wardrobe closet, just outside New Orleans. A wooded area down the road stands in for St. Louis, Bud’s hometown.

Sargent has been tasked with telling the story of the Anheuser-Busch InBev brand’s co-founder, Adolphus Busch, and his 1857 journey from Hamburg, Germany, to the city that would make him famous. Mood boards plastered with stills from The Revenant and Peaky Blinders help Sargent create a gritty, compelling short film that will be seen by more than 188 million people, per National Retail Federation projections. It’s the American Dream writ large—an immigrant landing in the United States with the vision and determination to create the world’s largest brewer.

The ad, dubbed “Born the Hard Way,” isn’t just an opportunity for Budweiser to tout its heritage; it will also introduce the brand’s new marketing messaging for the year and likely longer. Bud needs to position itself in a way that will resonate with consumers in the U.S.—especially craft beer-loving millennials—as it aims to grow market share and return to its former “King of Beers” glory. In the third quarter of last year, the most recent period for which financial results are available, Budweiser’s sales to retailers in the U.S. declined by mid-single digits, while estimated market share was down 20 points.

Does a single Super Bowl spot have the power to turn around a brand’s fortunes? “There’s a reason why craft beer has been kicking their ass for the last 10 years,” says Matt Simpson, a beer industry consultant who attributes Budweiser’s sales falloff to the quality of the product versus that of craft brewers—a number of which, as it happens, have been acquired by parent AB InBev over the past few years. “Marketing that tugs at the heartstrings will be more effective for Budweiser,” says Simpson.

Does a single Super Bowl spot have the power to turn around a brand’s fortunes?

Bud says this is bigger than just the Super Bowl.

“Setting us up for the next few years, that’s really more important than winning any popularity metric” for a spot in the game, Ricardo Marques, vp and the ranking executive for the Budweiser brand in the U.S., says over breakfast before our visit to the set. Marques, as he usually does, is wearing Bud-branded duds—today, it’s an olive green baseball cap with an embroidered Budweiser logo. He took the reins of the brand last year, just after the Super Bowl. “Of course, the thing that really fires me up and fires up everyone that works on our brand is to drive the commercial performance,” he says between bites of his omelet. “Ultimately, this is what it is all about—driving our commercial performance, setting us up for the long term and making sure that we have an impact in the short term in terms of sales, brand health and buzz around the brand.”

He adds: “You’ve seen performance of the brand for the past couple of years. We’ve been gaining momentum. We got it right with [the 2015 Super Bowl spot] ‘Brewed the Hard Way,’ and we want to continue that sort of momentum to make sure that we get the brand back to a healthy-growth pace. We believe that that’s possible.” (Marques declined to share sales targets.)

Naturally, growing market share and setting the foundation for a marketing strategy for years to come don’t come cheap. According to those familiar with campaigns of this scope, Bud’s ad likely cost $2 million to $3 million to produce. Beyond that, Fox, which will broadcast the game, is charging a record $5 million-plus for a 30-second spot—making it conceivable the brand will invest as much as $15 million in its minute-long ad. And that doesn’t take into account the exclusive rights for alcohol advertising AB InBev has secured.

Marques would not talk about the cost of participating in the game, only to say: “I can tell you that it is a special campaign on all levels, including investment. Financially, if you think about it very rationally, it’s one of the few platforms that allows you to talk to such a large, captive audience in a live broadcast, so it makes sense.”

Bud’s Super Bowl spots have proved to have legs beyond the game. Its sentimental “Puppy Love” ad from 2014 remains one of the most-watched Super Bowl ads ever on YouTube. 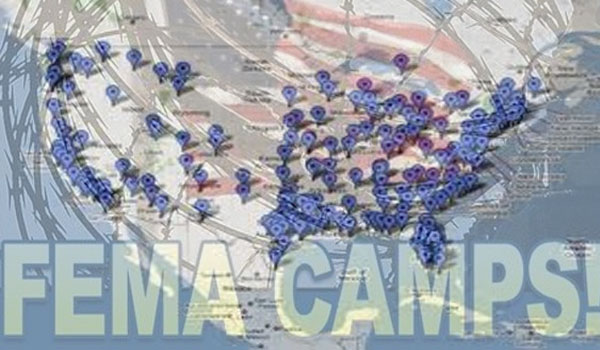