A tornado injured at least five people and damaged buildings in eastern Colorado on Saturday, according to authorities, and more storms were anticipated in the Plains.

The Yuma County Sheriff's Office said its deputies would be assessing the damage and coordinating with first responders after the half-mile-wide twister touched down at the north edge of the city of Wray.

Four structures suffered "significant" damage and five pepole suffered "minor injuries," according to the sheriff's office. It added that the storm knocked down around 40 electric poles.

Several other tornadoes were reported in the area of Wray, a town of around 2,300 about 12 miles from the Nebraska border.

The largest tornado followed U.S. 385 north of the town, throwing down power lines and strewing debris across the highway.

A tornado is seen north of Wray, Colorado, in this video shot on Saturday, May 7, 2016. Sean Schofer / Severe Studios

Elsewhere in the state a "multi-vortex tornado" was reported over Interstate 76 near the town of Wiggins. At least a dozen trailers were overturned, KUSA reported.

Another tornado reportedly touched down and caused damage to several structures west of Wiggins in Weld County. The Weld County Sheriff's office said no one was injured.

As authorities continued to assess the damage, forecasters warned of severe thunderstorms forecast for the Plains On Mother's Day.

More than a million people in Kansas and Oklahoma faced the threat of severe storms, which were expected to deliver large hail and possible tornadoes in the late afternoon, according to the National Weather Service.

Severe thunderstorms will impact parts of the Plains, Midwest and South Mother's Day into the start of the new workweek.

A slow-moving closed area of low-pressure aloft in the West is progressing eastward into the Plains, pulling warm, humid air northward. Thunderstorms with large hail, damaging winds and possible tornadoes are flaring up as a result.

On Saturday evening, a tornado did damage and injured five people in northeast Colorado near the town of Wray. Another likely tornado touched down in Morgan County, Colorado, damaging motorhomes and causing some minor injuries.

Current Radar with Watches and Warnings

See below for a guide to watch and warning colors.

Below is our latest thinking on the forecast into early this week and the setup illustrating why conditions have become more favorable for severe storms in the Plains.

Forecast: Numerous severe thunderstorms are expected to develop in the afternoon and evening from Nebraska southward through Kansas, Oklahoma and into central and western Texas.

Threats: Large hail, damaging winds and a few tornadoes likely. Any supercell thunderstorms that develop could have very large hail and possibly a strong tornado, particularly from central Kansas to western/central Oklahoma.

Threats: Large hail, damaging winds and some tornadoes are possible.

May is the month when tornadoes are most likely in the U.S., according to NOAA.

Severe thunderstorms, with large hail and damaging winds are also plentiful. Given the average position of the jet stream and the typical northward migration of increasingly warm and humid air, locations from the southern Plains into the Ohio and Tennessee Valleys are where severe weather is most likely during the month.

For much of this past week, atmospheric conditions from the southern Plains down into Texas were quite hostile for the development of severe weather.

As an upper-level ridge slides eastward, an area of low pressure aloft and its associated trough, continues to parade the Rockies. At the surface, low pressure formed just east of the Rockies Saturday and a dry line will press eastward into the western High Plains and West Texas. A dry line is a boundary of converging winds that separates dry air from moist air and is often a triggering mechanism for thunderstorms that could turn severe.

This system will move slowly over the weekend so the severe threat will only nudge slightly eastward. 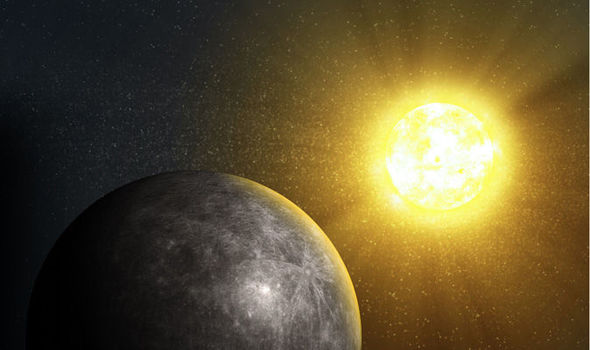 End of the world by tea-time! Transit ...