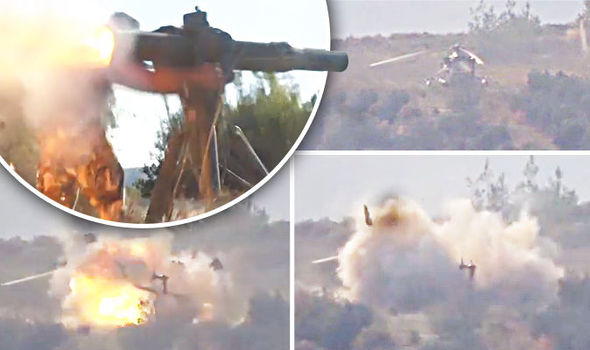 SHOCKING video footage has emerged apparently showing the moment Syrian rebels BLEW UP a Russian rescue helicopter searching for the pilots of a warplane downed by Turkey.

In the disturbing film released by the Free Syrian Army rebel group a missile can be seen travelling towards the stricken chopper, which has landed in a mountainous area, before it explodes in a huge fireball.

Moments earlier a single soldier is seen assembling an American made TOW portable anti-tank missile launcher on a hillside before taking aim at the helicopter.

A narrator triumphantly gloats over the top of the video exclaiming “Allahu Akbar” – meaning “God is great” – as the missile hits and mangled wreckage from the craft is blasted into the air.

Earlier the Syrian Observatory of Human Rights said that the search and rescue helicopter had been forced to make an emergency landing after being shot at with a missile by Syrian rebels.

It was not immediately clear whether or not any Russian military personnel were in the helicopter at the time of the explosion. The shocking footage was posted on Twitter by an expert analyst in the Middle East but has not been independently verified.

The Russian helicopter had been scrambled to the crash scene to search for survivors after the jet was shot down following 10 warnings in five minutes to leave Turkish airspace, a Turkish military official has said.

The Syrian Observatory for Human Rights confirmed that the search and rescue helicopter was placed under fire by Syrian rebels.

The helicopter pilot was forced into a landing after being hit by a rocket fired by rebels. 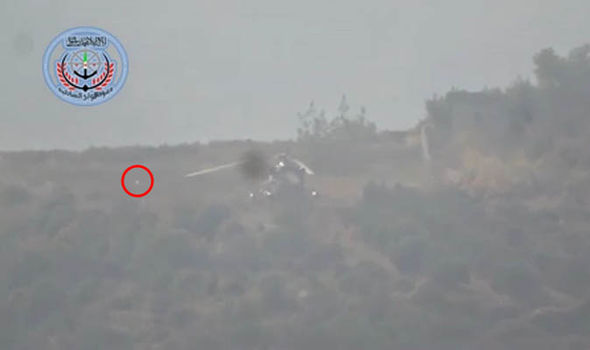 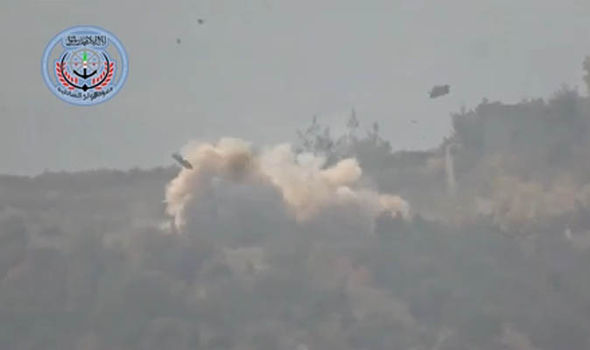 The helicopter is then struck by the missile 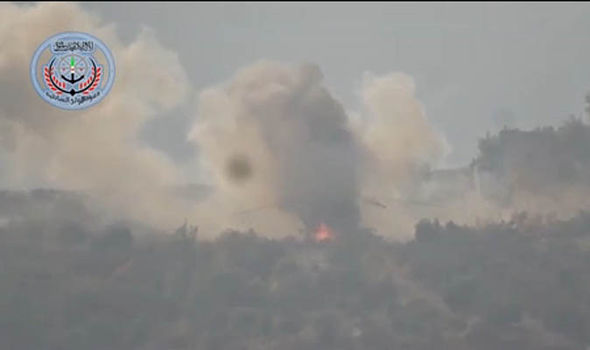 The helicopter can be seen being engulfed by a huge fireball

It comes as rebel forces said that bodies of both pilots have been recovered, Al Jazeera reported.

The Russian jet was just over the Syrian border when it was downed by F16 Fighting Falcon jets belonging to Turkey, the Turkish official said. 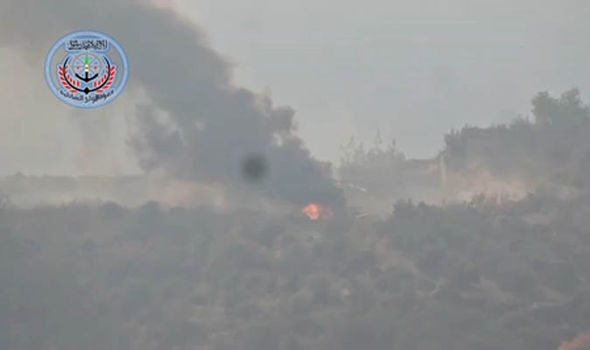 The footage, posted on Twitter, has not been independently verified 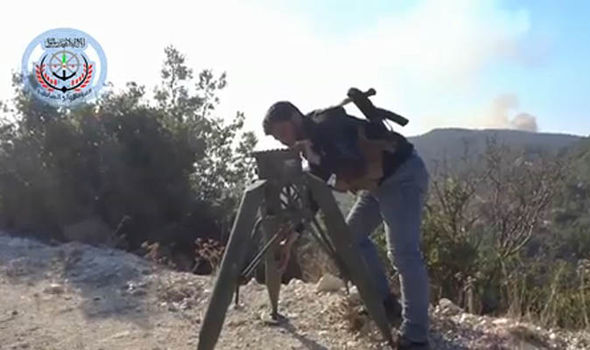 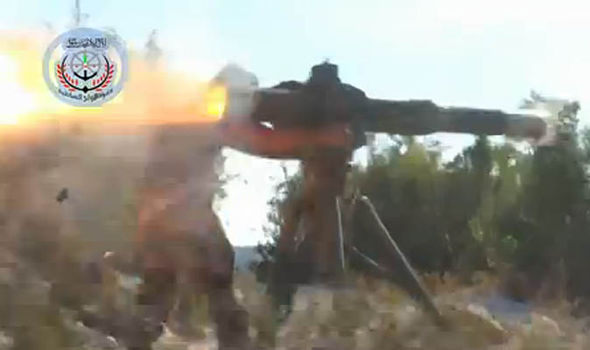 The rebel fighter fires on the Russian helicopter

But the Russian Defence Ministry said the plane had not violated Turkey’s airspace and was flying at an altitude of 6,000 metres.

Russian President Vladimir Putin has called an emergency meeting over the downing of the jet and unverified sources have claimed Russia is currently sending a warship across the Dardenelles from the Black Sea into the Mediterranean.

NATO has announced it will be holding an extraordinary session at 4.30pm GMT after Turkey requested it following the incident.

Two pilots managed to eject from the jet and were seen landing with the help of parachutes.

The jet is reported to be a Russian Su-24 flown by a pair of Russian pilots, with one believed to have been captured by Syrian rebels from the Alweya Al-Ashar (Brigade of the 10th) which consists of Turkmen with strong links to Turkey.

A Kremlin spokesman said it was a “very serious incident” but that it was too early to draw conclusions. 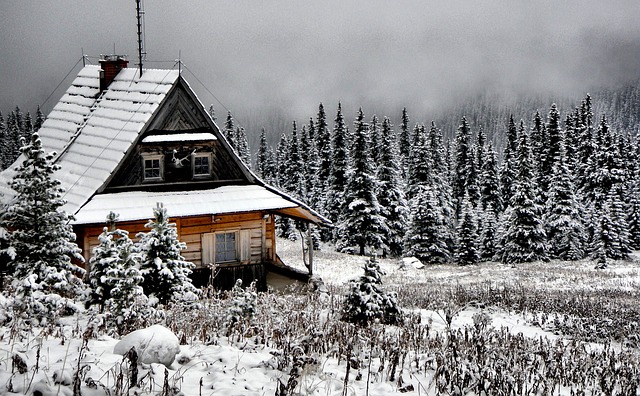 The Best Winter Survival Tips For The …