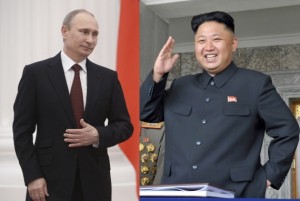 The warning was issued in the form of a written statement from the Russian foreign ministry. It follows North Korea’s threat it would engage in a “preemptive and offensive nuclear strike” in reaction to the start of joint U.S.-South Korean war games Monday.

“We consider it to be absolutely impermissible to make public statements containing threats to deliver some ‘preventive nuclear strikes’ against opponents,” said the statement, as translated by the Russian TASS news agency. “Pyongyang should be aware of the fact that in this way the DPRK [North Korea] will become fully opposed to the international community and will create international legal grounds for using military force against itself in accordance with the right of a state to self-defense enshrined in the United Nations Charter.”

Russia also had harsh words for the U.S. and South Korea, condemning the “unprecedented” exercises. “The development of the situation on the Korean peninsula and around it is causing growing concern,” said a statement issued Monday.

Russia actually shares a tiny border with North Korea as shown in the map below:

More importantly, the ENTIRE country of Russia falls within the geographic range of North Korea's new Intercontinental Ballistic Missiles which, as claimed by Kim Jung Un just yesterday (08 March 2016) can now be equipped with miniaturized nuclear warheads.  The range of those new missiles is shown on the map below:

Now, not only has China cut the North Koreans loose from Chinese protection, Russia is now warning them to knock it off with the nuke threats too!

This could go downhill very rapidly because this public rebuke of North Korea will be seen by them as an "insult to their sovereignty" or some such nonsense, and they'll likely go off the deep end and "warn" Russia.  Which is the last mistake North Korea will ever make . . . . 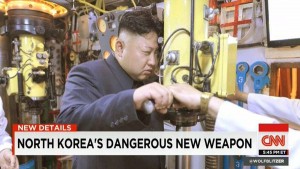 You Can Grow Food Year-Round With This ...