Snopes.com reported Tuesday that the rumor calling for Days of Rage protests is false and is based on an identical false posting that circulated online and in emails in August 2014, related to the Ferguson, Missouri, protests against police.

A U.S. Army North spokesman, Lt. Col. Jason Shropshire, said the safety of soldiers and their families is a high priority. “For security reasons, we don’t discuss force-protection measures that we put into place at our Army installations or the specifics of cautionary advice we provide to our soldiers,” he said.

“However, the advisory was to provide situational awareness for all Army personnel within the U.S. Northern Command area of responsibility who may find themselves in the vicinity of any protests (planned or spontaneous),” he added in a statement. “At this time, we do not have information regarding any specific threats to DOD personnel.”

The notice says that “being anywhere near these protests greatly increases the chance that you could become a victim of violence. When the mob mentality takes over, normally decent people can commit heinous acts.”

The “Alcon” notice — short for “all concerned” — urges commanders to pass on the warning to all Army troops who may be traveling to the cities.

“Use this as a list of places NOT to be on Friday the 15th,” the notice says. “While the media does specify nonviolence and denounces the actions taken against police officers that were not involved in these deaths, with the tagline ‘Day of Rage’ it is safe to expect emotions to be running very high on both sides of the line.

READ-BREAKING-This Friday: Violent Rallies Planned for 37 US Cities -MARTIAL LAW PLANNER MET WITH OBAMA FOR 4.5 HOURS YESTERDAY (We have the list)

No matter how great your empathy might be for those who have unjustly lost their lives, these protests are not safe places to be.”

Speaking of killing police, it should be noted that so far this year 124 police officers in the USA have been killed in the line of duty. That’s right, more cops died than Blacks.

Each rally is timed to begin at exactly the same time as every other rally: 7:00 PM EASTERN US TIME.  This is very significant because it is different from any rally effort in the past.  In the past, rallies were all scheduled to begin at “local” time.  So there would logically be an hour difference in the start times for each time zone in the US; but not this Friday.  This Friday, all the rallies are scheduled to start at 7PM EDT and this is very worrisome because if 37 attacks erupt in 37 US cities simultaneously, then the entire nation would find itself under siege and THAT may be a reason for the imposition of Martial Law.

Deray McKesson, a former candidate for Mayor of Baltimore, is the Black Lives Matter organizer whose Twitter account was HACKED, revealing discussion he was having with other BLM activists about “imposing Martial Law” so as to “cancel the election” and have “Obama remain in office.”  The full story about McKesson, including images of his HACKED Twitter messages talking about Martial Law and keeping Obama in office after elections are cancelled.  These messages were part of a plan known as “Summer of Chaos” and they culminate with such ferocious “protests” at the Republican and Democrat political conventions, that the country is driven into Martial Law.

If attacks were to take place this Friday, in 37 cities, and that was followed by similar ferocious attacks at the GOP and Democrat conventions, it is not hard to speculate that “someone” might exploit such a situation to keep Obama as President of the United States despite his term of office expiring in about 192 days.  It is, after all, within the power of a US President to declare Martial Law, but not to keep himself in office beyond the expiration of his term of office.

Why would McKesson, who was caught planning the imposition of Martial Law to keep Obama in Office, be given a 4.5 hour meeting with Obama just days before McKesson’s plans are allegedly to take place?  Is it because Obama is “in on it?”  Is it because this really _is_ a plan for Martial Law in the USA?  Why else would a nobody like Deray McKesson, even have access to the President of the United States?

Will the country be in violent turmoil starting tomorrow?  Will _YOU_ be one of the people who attend “protests” in the cities above and possibly become a victim of deadly violence?

Know this: Barack Hussein Obama’s Presidency expires at 12 Noon, eastern time, on January 20, 2017.  Nothing on the face of the earth can change that.  After that date, he is no longer President, no matter what he says.  Remember that.  Act accordingly to protect our liberty.

GOP CONVENTION “THE SHOT HEARD ROUND THE WORLD”

For the coming Republican National Convention in Cleveland, the New Black Panther Party (NBPP) has announcd it will avail itself of the “open carry” laws of Oihio, and attend a protest of the convention HEAVILY ARMED.

This seems like a “no brainer.”  We could see and absolute SLAUGHTER take place under such circumstances.  And if such a slaughter does take place, it will only serve to ignite even more widespread violence.

RATCHETING-UP FOR “THE BIG ONES” AT THE POLITICAL CONVENTIONS

That’s the goal, America.  Take away the most fundamental form of our advanced civilization!  Voting.

Wake up America.  We’re being “played” against each other, for someone ELSE’s agenda.  Don’t fall for it.

How To Start A Lavender Farm-How To … 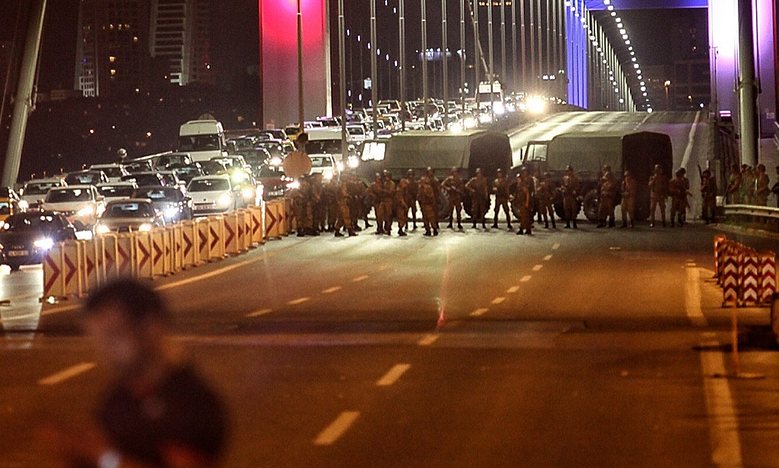