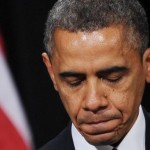 evidence that could send Barack Obama to prison. Now, according to the Egyptian newspaper El Watan, a group of Egyptian lawyers have submitted a complaint to the International Criminal Court that charges Obama with crimes against humanity.

The complaint not only mentions Obama, but several other Muslim Brotherhood members, including Muhammad Badie, the leader of the organization, as well as other top ranking leaders such as Mohamed al-Beltagy, Essam al-Erian, and Safwat Hegazi.

The complaint begins by quoting Article 7/1 of the Statute of the International Criminal Court titled "Crimes against humanity."

The complaint charges "Obama cooperated, incited, and assisted the armed elements of the Muslim Brotherhood in the commission of crimes against humanity in the period from 3/7/2013-8/18/2013, in the Arab Republic of Egypt."

While various aspects of the complaint point specifically to Mohamed Morsi and the Muslim Brotherhood in Egypt for their persecution against Coptic Christians, Christian churches and apartheid, they are also charged with murder and extermination.

In essence the Muslim Brotherhood are nothing more than an Islamic version of the Nazis.

In short, by simply focusing on the plight of Egypt's Christians, almost every criterion found under the category of "crimes against humanity"—including murder, extermination, deportation, torture, rape, disappearance, apartheid and religious persecution—are met.

Only one is necessary for the charge to stick.

As for the Obama administration's support for the Brotherhood, if most Americans are clueless or indifferent about it, average Egyptians have long known and resented it—hence the many large placards and signs held during the June 30 Revolution calling on Obama to stop supporting terrorism and calling on Americans to wake up.

One need only follow the words and deeds of Anne Patterson, John McCain, Lindsay Graham, Hillary Clinton, et. al. to know that the U.S president is a firm supporter of the crimes-against-humanity-committing Muslim Brotherhood.

Of course, whatever the merits of El Watan's report—here is another English-language article talking about apparently a different complaint of crimes against humanity leveled against Obama by Coptic activists—all these complaints seem futile, as the U.S. is not a signatory to the International Criminal Court.

However, all technicalities aside, the facts are clear: by any definition, the Muslim Brotherhood and its supporters have committed numerous crimes against humanity in Egypt, especially in the context of the Christian Copts; and by its ongoing support for the Brotherhood, the Obama administration is complicit.   Remember this next time the Obama administration cites concerns about "human rights" violations as reason to involve the U.S. in war—as it recently tried to do in Syria, again, to support more Islamic terrorists who are committing even worse crimes against humanity.

It is amazing that things seem to be moving faster in Egypt in dealing with their own former president than our elected officials are doing in this country with scandals involving Obama and his administration that are years old.

While I'm just fine with Egyptians tying Obama to the Muslim Brotherhood to hold him accountable, what does concern me is the distinct possibility that Obama has played this hand in an attempt to discredit America, as John Risselada has pointed out many times, following the Communist goals for America.

What are your thoughts? 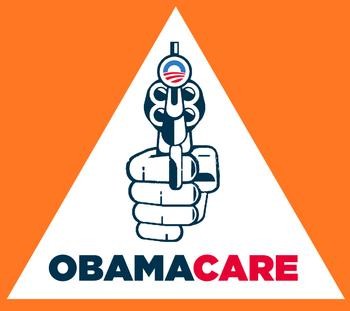 Americans Want Guns Over Obamacare 34 To ...