There's a reason why the US government is so eager to disarm the American people. It's got little to do with crime rates or mass murders... but everything to do with the very reason the 2nd amendment was created for: to protect the people from a tyrannical government. Because when a major disaster hits the USA, a recent executive order allows FEMA to confiscate your food stockpile... and just like in the old USSR, to give it to the government-dependent masses.

That's right: if you invested $30,000 or more in a survival stockpile... or you've been daydreaming about having enough food to last you a decade, then you've got to read this urgent article.

Hi, my name is Alec Deacon, and in this short and controversial presentation, that will not be up for long, I'm going to expose how a devastating "once in 60 years» event... along with corporate greed and corruption... are setting the stage for a social and economic "time bomb», that will detonate right in the middle of the US... I'll reveal how the impending collapse of the US food supply system will steal food from your kids' tables... leaving them hungry and helpless and forcing them to scavenge for scraps... and I'll explain what you must do today to ensure that you and your family not only survive... but actually rise to the top of a fallen society... when chaos rules and communities need someone to lead them. But that's not all. If you stick until the end of this very short presentation.

I'll give you a somewhat weird... but insanely effective way to build a 5 year... 10 year... even 20 years stockpile of super-nutritious food that the government simply CAN NOT steal from you. Best of all: this still secret method costs you up to 20 times LESS than you'd have to pay on "survival food»... literally just a few cents per meal. Like I said... my name is Alec Deacon. You may know me from my website MyFamilySurvivalPlan.com, one of the fastest-growing patriot sites. Or you may have seen my warnings on websites like WND.com, Infowars.com or SHTFplan.com. I'm that guy who's "bitterly clinging to his guns and bibles», like the liberals love to say. You bet I am! Because I'm almost religious about my right to be independent... to bear arms... and to be able to feed myself and my family. That's why I've made my life's purpose to expose to true patriots the hidden dangers that threaten our rights... and our very existence. In my latest research, I uncovered four shocking signs that cataclysmic collapse will happen sometime in the next 18 months or less. I call these signs "The Four Horsemen of the Food Apocalypse»... because they bring with them a deadly social and economic crisis... with immediate effect on your ability to feed your family. And if you don't act fast... if you don't act now... you're going to miss your chance forever... a chance to finally become self-sufficient and independent... a chance to make your family «recession-proof» and «disaster proof», while the unprepared «zombies» will be starving and killing each other over a loaf of rotten bread. The first horseman is Hunger... and it came with the searing heat of last year.

The summer of 2012 brought massive drought... devastation and despair to farmers all over the globe. World granaries like Russia and Kazakhstan were scorched by hellish temperatures. Crops in Ukraine were pummeled... corn was reduced to desolating burnt stalks. And with a 15% drop in the Indian monsoon... a historical drought in Australia... and an appalling harvest in Mexico... you may be wondering... «Is anyone still feeding this world?» Because the USA sure isn't. The worst drought since 1956 reduced farmland to moonscape... killed our corn and wheat exports... but above all, it forced farmers to slaughter their cattle prematurely... because they had no food for them. Meanwhile, mainstream media is keeping Americans in the dark about the coming meat shortages. But it gets worse!

The unusual heat wave accelerated the depletion of the Ogallala aquifer... the largest body of underground water in the US, and the #1 source of irrigation water for farmers. Couple that with abysmal rain levels in autumn, and an incredibly warm winter... and experts are afraid 2013 could bring back the devastating «dust bowl» of the 30's! And that's just the beginning... because the second horseman is Greed. 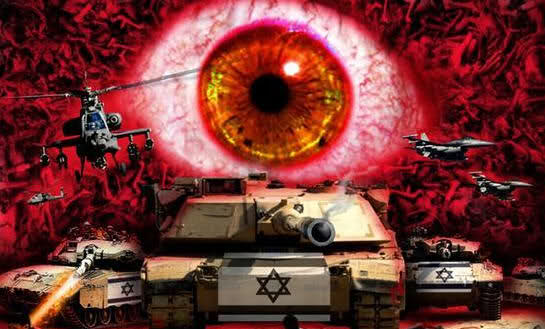