Home›Conspiracy Theories›'ARK OF GABRIEL' -THE MOST DANGEROUS WEAPON – The Ark of Gabriel, Antarctica, Russia And The Apocalypse

'ARK OF GABRIEL' -THE MOST DANGEROUS WEAPON – The Ark of Gabriel, Antarctica, Russia And The Apocalypse 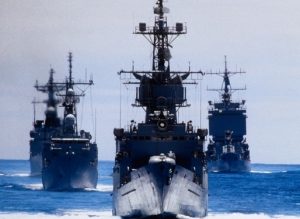 A shocking report which was apparently produced by the Russian Ministry Of Defence (MOD) has been circulating around the Kremlin.  This mind boggling report states that two satellites of the Aerospace Forces, are being used for the protection of the Russian Federation military research vessel, Admiral Vladimisky, which has recently left the Saudi Arabian Port of Jeddah, apparently taking on board with it a mysterious object called the “Ark Of Gabriel”

According to the report President Putin has deemed this object to be that important that he has called in naval warships, including guided missile cruiser Varyag, the Sovremennyy-class destroyer Bystry, Boris Chilikin-class fleet oiler Boris Butoma, and the powerful salvage tug Alatau that upon the ending of their current mission in India, they are to rendezvous with the Admiral Vladimisky in the Southern Ocean providing it protection as it sails to Antarctica – clearly whatever this “Ark” is, it is of a huge significance to the Russian President.

The report apparently confirmed that the mission started after the contacting on 25 September of His Holiness Patriarch Kirill of Moscow by representatives of the Custodian of the Two Holy Mosques in Mecca, Saudi Arabia, regarding a mysterious ancient “device/weapon” discovered under the Masjid al-Haram Mosque (the Grand Mosque) during what has turned into an extremely controversial and top secret construction project which originally began in 2014 – something has clearer got the Russian Presidents immediate attention.

Please see image below of the apparent construction site: 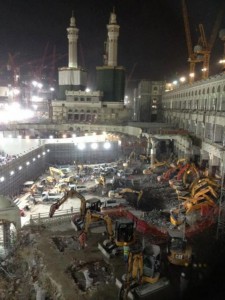 The report apparently states that the Admiral Vladimisky research vessel began this top secret mission on the 6th November 2015 when it deported from Kronstadt on the Federation’s first Antarctica expedition in 30 years – most bizarrely the MOD described the object on board the ship as “critical military-religious” significance!?

Another very strange aspect of this was that it was also mentioned that the ship’s cargo will also include ‘capsules with Russian soil which will be placed in the areas of military glory and burial sites of Russian sailors at selected ports of call’ – Could this mean that whatever is on board this ship is potentially going to kill a number of Russian military personnel !?

This intense military project all started after the representatives of the Custodian of the Two Holy Mosques in Mecca, Saudi Arabia, contacting His Holiness Patriarch Kirill of Moscow about the supposedly ancient “device/weapon” discovered under the Masjid al-Haram Mosque (Grand Mosque) during what has turned into a very controversial construction project begun in 2014 (please see image above).

This almost comes across as if the Saudi’s were far too nervous to try to move this unknown object by themselves, hence the Russian involvement – As you can imagine the construction work under one of the most important areas of the world for the Islamic religion was frowned upon by many!

Worryingly raising the concerns of the Saudi’s and the Grand Mosque emissaries, the report went on to confirm that when this mysterious “device/weapon” was discovered on 12th September by a 15-man tunnel digging crew, who in their attempting to remove this mysterious mystical ‘weapon’ were instantly killed by a huge“plasma emission” In fact it was so powerful that it ejected from the ground toppling a construction crane killing, at least, another 107 people in the surrounding area. 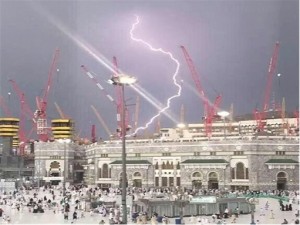 The ‘Ark Of Gabriele’ apparently caused a massive plasma storm killing many whilst attending the Mecca for prayer services.

Coincidence or not, the report goes on to note/warn about the fact that barely a fortnight after the first attempt to remove this mysterious “device/weapon” was made on 12th September, a second attempt was then made on the 24th September which killed over 4,000 due to another huge “plasma emission” which put tens-of-thousands in panic.  The Saudi officials then decided to blame this devastating situation on a stampede. 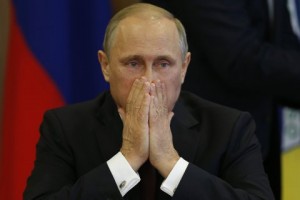 Just what has Putin got involved with!?

Straight after the catastrophic death toll caused by the Saudi’s second attempt to remove this mysterious “device/weapon”, the report goes on to say that His Holiness Patriarch Kirill was then contacted by the Grand Mosque emissaries in regards to one of the oldest Islamic manuscripts possessed by the Russian Orthodox Church that was saved from the Roman Catholic Crusaders in 1204 when they sacked the Church of Holy Wisdom (which is now known as Hagia Sophia) in Constantinople (present day Istanbul, Turkey)which was titled “Gabriel’s Instructions To Muhammad”.

It is rather important to note, that this apparent report explains something which is pretty much virtually unknown in the West, was the fact that the Roman Catholic Crusades were not only against the growing Islamic faith, it was also against those having Russian Orthodox faith too, and this is why, during the crusades, the Russian Orthodox Church not only protected their own religious libraries from being destroyed, but also those belonging to Muslims – there was a great unity at the time between the Russian Orthodox church and the Muslims.

The contents of this ancient Islamic manuscript, which has an intriguing heading of “Gabriel’s Instructions To Muhammad”, this report briefly notes, it centres around a group of instructions given to Muhammad by the Angel Gabriel in a cave called Hira, located on the mountain called Jabal an-Nour, near Mecca, wherein this heavenly being entrusted into Muhammad’s care a “box/ark” of “immense power” he was forbidden to use as it apparently belonged to God and God only, and was, instead, to be buried in a shrine at the “place of worship the Angels used before the creation of man” until its future uncovering in the days of Yawm al-Qīyāmah, or Qiyâmah, which means literally “Day of the Resurrection” – could we be building up to yet another end of the world scenario?!?

What could the mysterious Ark release on to the planet

Interestingly the MOD report hardly mentions about any conversations held between His Holiness Patriarch Kirill and the emissaries of the Grand Mosque in regards to this mysterious “Ark Of Gabriel”, however what it does clearly acknowledge that when President Putin was first made aware of this grave situation, on the 27th September, the leader of Russia immediately contacted his senior military personnel and ordered the mission to Antarctica for the Admiral Vladimisky research vessel – Even more intriguing was the fact that 3 days later, on the 30th September, the Russian Airforce  started bombing Daesh (ISIS) targets within Syria, could this be a DISTRACTION steering the world away from what is going on with the transportation of the strange ‘Ark Of Gable’!? 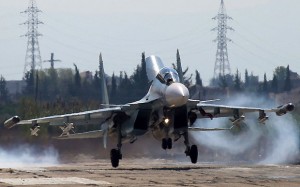 Russia’s was against ISIS is Syria being used as a distraction?

U.I.P SUMMARY – Now this story is rather creepy isn’t it, something which I did a bit of digging up on and the conclusion is that ‘something’ is definitely being covered up, but the question is WHAT!?!?  This story reminds me very much of the ‘Raiders of the Lost Ark Film’ of which the Nazi’s in the film manage to get hold of an ancient Ark, which when opens  releases a world of hell, devouring every mortal in its path (click HERE for more).  From the destruction and deaths apparently caused when attempting to move the ‘Ark of Gabriel’ in Saudi Arabia, which was discovered next to the Mecca, one does wonder whether this could be a similar scenario to the Harrison Ford Film.

Please check out the video below of the scene from the Raiders Of The Lost Ark:

What is very interesting about this creepy/worrying story is that the mysterious “weapon/device” is being covered up intensely in fact the site which we referred back to confirmed that they would be concerned to have pushed any harder on what else this so-called MOD report mentioned – it appears that the Kremlin are desperate to keep this event under wraps as much as they can.

It does appear a little odd that the Russians are working with the Saudis, especially with something so potentially ‘powerful/dangerous’ at the same time that Russia has accused Saudi Arabia of funding the Islamic state – again could this all be a distraction from what is going on behind the scenes!?

The question we have (we have many questions)is why are the Russian Forces taking this supposedly ‘dangerous’ Ark of Gabriel to the Antarctica? – Strangely the Nazi’s also had secret bases in that part of the world – perhaps it is to keep this strange/deadly weapon as far away from the masses as possible – perhaps this is the main reason our ET friends in the skies above us are doubling in numbers!?

Please check out this very interesting video below which could highlight the importance of the Antarctica:

'ARK OF GABRIEL' -THE MOST DANGEROUS WEAPON – The Ark of Gabriel, Antarctica, Russia And The Apocalypsehttps://www.newsprepper.com/ark-gabriel-dangerous-weapon-ark-gabriel-antarctica-russia-apocalypse/ 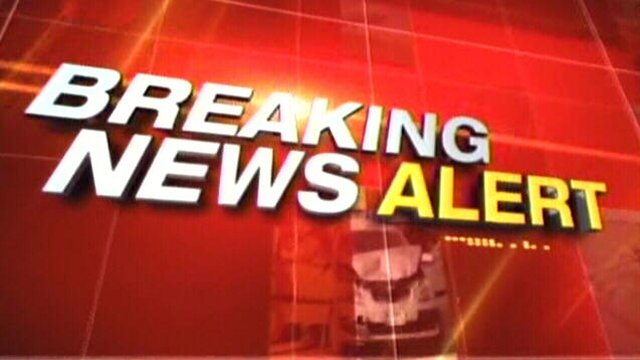 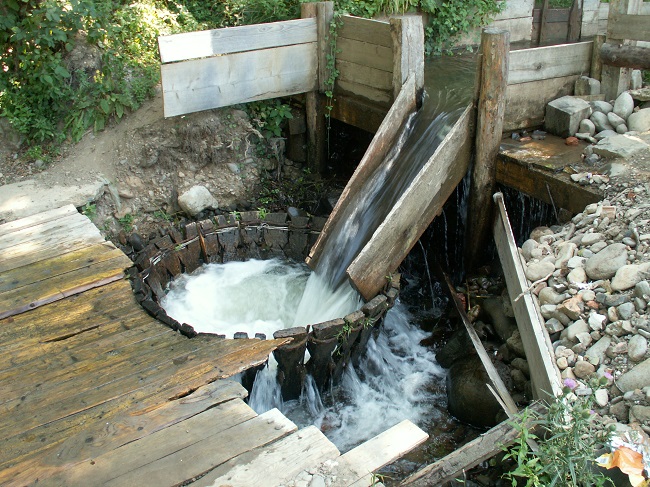