Home›Economy Collapse›THIS IS A WARNING TO THE AMERICAN PEOPLE:2016 Will Be Economically Devastating For Millions of Americans - Obama Funds Overseas Mosques To Tune Of $770 Million While Americans Are Served Cold, Hard Financial Devastation

THIS IS A WARNING TO THE AMERICAN PEOPLE:2016 Will Be Economically Devastating For Millions of Americans - Obama Funds Overseas Mosques To Tune Of $770 Million While Americans Are Served Cold, Hard Financial Devastation 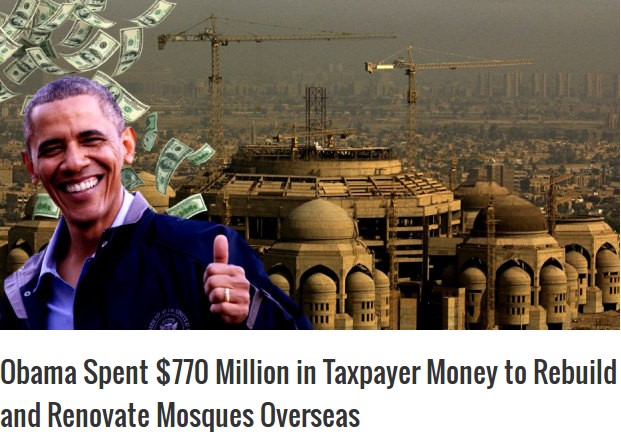 With 2016 only days ahead, Michael Snyder at the Economic Collapse Blog gave us 58 facts about the financial world of 2015 that he termed 'almost too crazy to believe' while we'll simply say, these facts give us proof we prepare for very good reason. If the world were to suddenly fall apart, these facts help to prove that only a very small percentage of those living now would likely carry on and as we learn in the videos below, 2016 will likely be an economically devastating year for many of us.

The shocking number of people who get a check from government is ever increasing. According to the U.S. Census Bureau, 49 percent of all Americans now live in a home that receives money from the government each month.

Despite the fact that the US State Department gave nearly $770 million of taxpayers money to maintain mosques overseas, nearly 47 million Americans are living in poverty right now. The numbers from Snyder show us we have an extremely rocky road in front of us as Barack Obama's final year in office steamrolls ahead

Even more concerning is the fact that an estimated 53 percent of all Americans do not even have a minimum three-day supply of nonperishable food and water at home! When you combine that with the fact that an estimated 43 percent of all American households spend more money than they make each month while for the first time ever, middle class Americans now make up a minority of the population, we see a rapidly unfolding recipe for disaster and experts believe 2016 may just be the year that financial armageddon and all it entails is served up cold to the American people.

ALSO READ-Our Own Government And Secret Church Leaders Are Engaged In A Massive Cover-Up…Who Will Destroy Babylon America? – Survive The End Days ..

We also learned that there are 900,000 fewer middle class jobs in America than there were when the last recession began, but our population has gotten significantly larger since that time and to make matters even worse, for each of the past six years, more businesses have closed in the United States than have opened.  We're also told that prior to 2008, this had never happened before in all of U.S. history.

More of Michael Snyder's devastating list showing us why America is in so much trouble from a financial standpoint despite what we're being told by the mainstream media is below videos.

In the videos below, several experts in the financial world take a look at what 2016 might deliver from both the standpoint of politics and the global financial situation. In the 1st video, Paul Craig Roberts visits with USA Watchdog's Greg Hunter to tell us there'll be no recovery what-so-ever as he also warns us the US is 'stupid enough' to start a nuclear war. Roberts tells us if we look at the real economic numbers, we see things are continuing to worsen.

In the 2nd video from Sgt Report, Andy Hoffman from Miles Franklin joins in to cover the runaway train, snowballing avalanche, out-of-control pandemic that is the “terminal phase” of history’s largest, most destructive fiat Ponzi scheme.

Telling us that the runaway train is now barreling straight down upon us, we learn why it will likely be an economically devastating year for millions of Americans and why, as Paul Craig Roberts tells us, there will be no recovery.

The world didn’t completely fall apart in 2015, but it is undeniable that an immense amount of damage was done to the U.S. economy.  This year the middle class continued to deteriorate, more Americans than ever found themselves living in poverty, and the debt bubble that we are living in expanded to absolutely ridiculous proportions.  Toward the end of the year, a new global financial crisis erupted, and it threatens to completely spiral out of control as we enter 2016.

Over the past six months, I have been repeatedly stressing to my readers that so many of the exact same patterns that immediately preceded the financial crisis of 2008 are happening once again, and trillions of dollars of stock market wealth has already been wiped out globally.  Some of the largest economies on the entire planet such as Brazil and Canada have already plunged into deep recessions, and just about every leading indicator that you can think of is screaming that the U.S. is heading into one.

So don’t be fooled by all the happy talk coming from Barack Obama and the mainstream media.  When you look at the cold, hard numbers, they tell a completely different story. 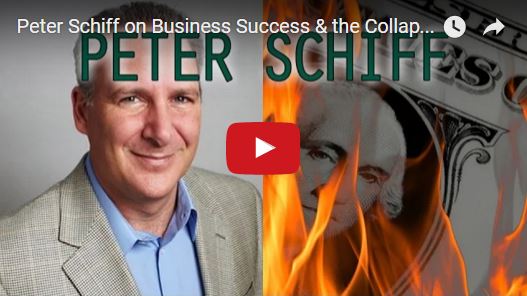 #2 The lack of saving is especially dramatic when you look at Americans under the age of 55.  Incredibly, fewer than 10 percent of all Millennials and only about 16 percent of those that belong to Generation X have 10,000 dollars or more saved up.

#3 It has been estimated that 43 percent of all American households spend more money than they make each month.

#4 For the first time ever, middle class Americans now make up a minority of the population. But back in 1971, 61 percent of all Americans lived in middle class households.

#5 According to the Pew Research Center, the median income of middle class households declined by 4 percent from 2000 to 2014.

#6 The Pew Research Center has also found that median wealth for middle class households dropped by an astounding 28 percent between 2001 and 2013.

#7 In 1970, the middle class took home approximately 62 percent of all income. Today, that number has plummeted to just 43 percent.

#8 There are still 900,000 fewer middle class jobs in America than there were when the last recession began, but our population has gotten significantly larger since that time.

#9 According to the Social Security Administration, 51 percent of all American workers make less than $30,000 a year. 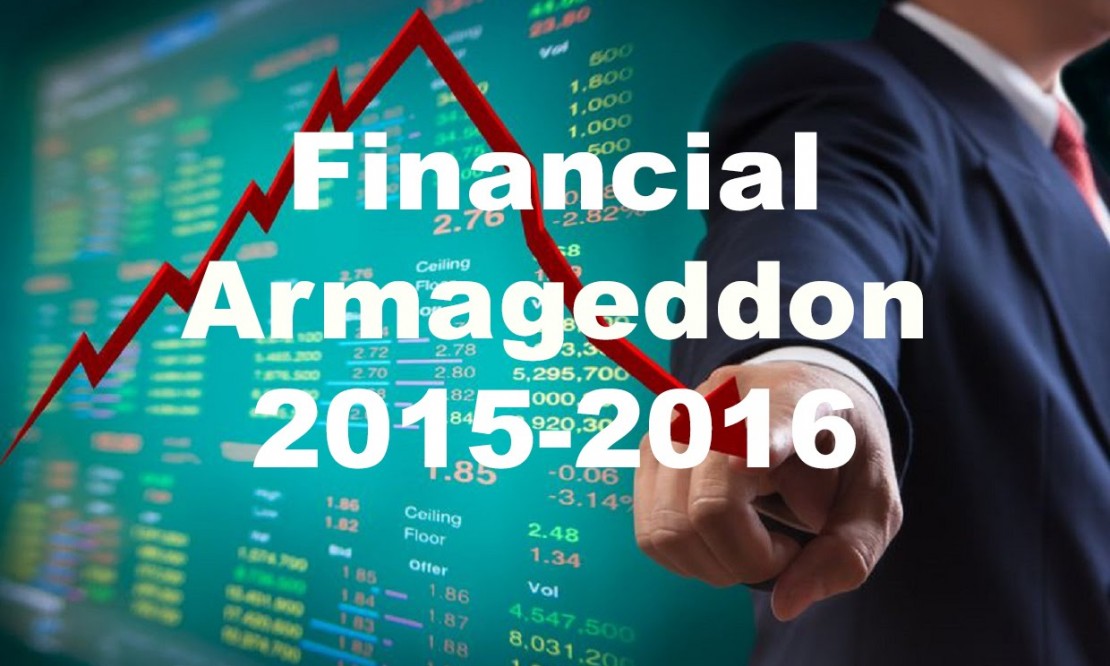 #11 A recent nationwide survey discovered that 48 percent of all U.S. adults under the age of 30 believe that “the American Dream is dead”.

#12 Since hitting a peak of 69.2 percent in 2004, the rate of homeownership in the United States has been steadily declining every single year.

#13 At this point, the U.S. only ranks 19th in the world when it comes to median wealth per adult.

#14 Traditionally, entrepreneurship has been one of the primary engines that has fueled the growth of the middle class in the United States, but today the level of entrepreneurship in this country is sitting at an all-time low.

#15 For each of the past six years, more businesses have closed in the United States than have opened.  Prior to 2008, this had never happened before in all of U.S. history.

By Stefan Stanford - All News Pipeline 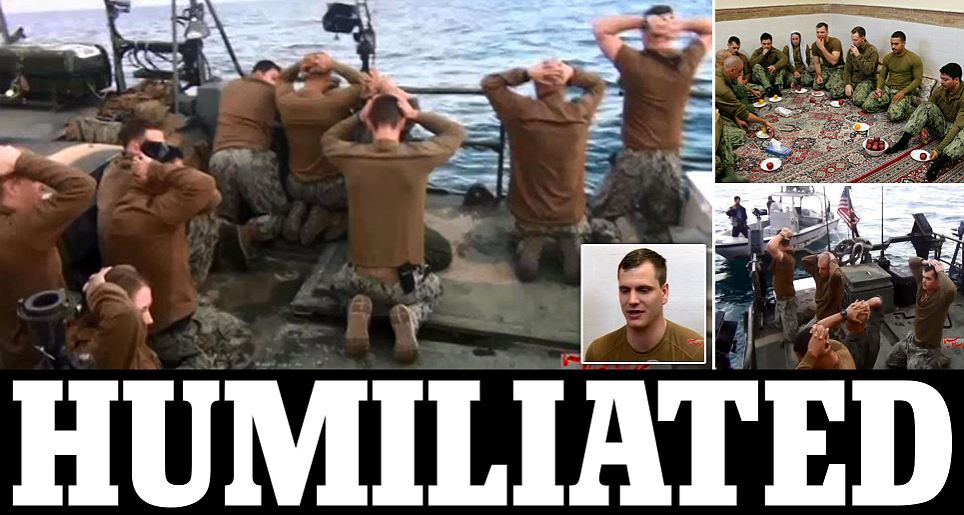