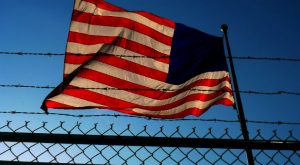 I believe that America's reprieve is now over and all hell is about to break loose in this country. (Nick Pezzillo/Flickr/CC)

Because Barack Obama has cursed Israel at the United Nations, America is now under a curse.

Friday's stunning betrayal of Israel at the U.N. Security Council is making headlines all over the planet, but the truth is that what Obama has just done is far more serious than most people would dare to imagine. Over the past several decades, whenever the U.S. government has taken a major step toward the division of the land of Israel, it has resulted in a major disaster hitting the United States. This keeps happening over and over again, and yet our leaders never seem to learn. And despite the fact that President-elect Donald Trump, Israeli Prime Minister Benjamin Netanyahu and prominent members of both parties in Congress strongly urged Obama to veto Security Council resolution 2334, he went ahead and let it pass anyway.

Because the United States has veto power on the U.N. Security Council, nothing can get passed without our support. And it has been the policy of the U.S. government for decades to veto all anti-Israel resolutions that come before the Security Council.

But this time around, it appears that the Obama administration was working very hard behind the scenes to get this resolution pushed through the Security Council before the end of Obama's term. At least that is what Israeli Prime Minister Benjamin Netanyahu is claiming:

"From the information that we have, we have no doubt that the Obama administration initiated it, stood behind it, coordinated on the wording and demanded that it be passed," Netanyahu said in a statement. "This is, of course, in complete contradiction of the traditional American policy that was committed to not trying to dictate terms for a permanent agreement, like any issue related to them in the Security Council, and, of course, the explicit commitment of President Obama himself, in 2011, to refrain from such steps."

I am sure that there will be a tremendous amount of debate about to what extent the U.S. was involved in creating and drafting this resolution, but there is one thing that is exceedingly clear.

The ultimate decision as to whether or not this resolution would be adopted was in the hands of one man. Barack Obama knew very well that he had this power, and in the end, he ultimately decided to betray Israel.

And now that our government has cursed Israel at the U.N., our entire nation will be cursed as a result.

In the Scriptures, we are repeatedly told that God will bless those that bless Israel and will curse those that curse Israel. When Barack Obama blocked a similar resolution that France wanted to submit for a vote in September 2015, it resulted in America being blessed, and we definitely have been blessed over the past 16 months.

But now that Barack Obama has reversed course and has betrayed Israel, we will most assuredly be cursed. In the days ahead, we will see how this plays out, and perhaps we can get some hints about what may happen by reviewing recent history.

There have literally been dozens of instances in recent decades when the U.S. has been hit by some sort of immediate disaster when it has made a move toward the dividing of the land of Israel. The following are 10 of the most prominent examples that stand out to me:

1. The last time the U.S. government refused to veto an anti-Israel resolution at the U.N. Security Council was in 1979. On March 22, 1979, the Carter administration chose not to veto U.N. Resolution 446. Four days after that on March 26, the Egypt-Israel Peace Treaty was signed in Washington. As a result of that treaty, Israel gave up a tremendous amount of territory. Two days later, on March 28, the worst nuclear power plant disaster in U.S. history made headlines all over the globe. The following comes from Wikipedia:

The Three Mile Island accident was a partial nuclear meltdown that occurred on March 28, 1979, in reactor number 2 of Three Mile Island Nuclear Generating Station (TMI-2) in Dauphin County, Pennsylvania, United States. It was the most significant accident in U.S. commercial nuclear power plant history.The incident was rated a five on the seven-point International Nuclear Event Scale: Accident With Wider Consequences.

2. On Oct. 30, 1991, President George H. W. Bush opened the Madrid Peace Conference, which brought Israelis and Palestinians together to negotiate for the very first time. In his opening speech, Bush told Israel that "territorial compromise is essential for peace." At the exact same time, "the Perfect Storm" was brewing in the north Atlantic. This legendary storm traveled 1,000 miles the wrong direction and sent 35 foot waves slamming directly into President Bush's home in Kennebunkport, Maine.

3. On Aug. 23, 1992, the Madrid Peace Conference moved to Washington, D.C., and the very next day, Hurricane Andrew made landfall in Florida, causing $30 billion in damage. It was the worst natural disaster up to that time in U.S. history.

4. On Jan. 16, 1994, President Clinton met with President Assad of Syria to discuss the possibility of Israel giving up the Golan Heights. Within 24 hours, the devastating Northridge earthquake hit southern California. It was the second worst natural disaster up to that time in U.S. history.

5. On Jan. 21, 1998, Israeli Prime Minister Benjamin Netanyahu arrived at the White House but received a very cold reception. In fact, President Clinton and Secretary of State Madeleine Albright actually refused to have lunch with him. That exact same day, the Monica Lewinsky scandal broke, sending the Clinton presidency into a tailspin from which it would never recover.

6. On Sept. 28, 1998, Secretary of State Madeleine Albright was working on finalizing a plan which would have had Israel give up approximately 13 percent of Judea and Samaria. On that precise day, Hurricane George slammed into the Gulf Coast with wind gusts of up to 175 miles an hour.

7. On May 3, 1999, Palestinian leader Yasser Arafat was supposed to hold a press conference to declare the creation of a Palestinian state with Jerusalem as the capital. On that precise day, the most powerful tornadoes ever recorded in the U.S. ripped through Oklahoma and Kansas. At one point, one of the tornadoes actually had a recorded wind speed of 316 miles an hour.

8. On April 30, 2003, "the Road Map to Peace" that had been developed by the so-called "Quartet" was presented to Israeli Prime Minister Ariel Sharon by U.S. Ambassador Daniel Kurtzer. Over the next seven days, the U.S. was hit by a staggering 412 tornadoes. It was the largest tornado cluster ever recorded up to that time.

9. In 2005, President George W. Bush (the son of George H.W. Bush) convinced Israel that it was necessary to remove all of the Jewish settlers out of Gaza and turn it over entirely to the Palestinians. According to the New York Times, the very last of the settlers were evacuated on Aug. 23, 2005. On that precise day, a storm that would be given the name "Katrina" started forming over the Bahamas. The city of New Orleans still has not fully recovered from the damage that storm caused, and it ranked as the costliest natural disaster in all of U.S. history up to that time.

10. On May 19, 2011, Barack Obama told Israel that there must be a return to the pre-1967 borders. Three days later on May 22, a half-mile-wide EF-5 multiple-vortex tornado ripped through Joplin, Missouri. According to Wikipedia, it was "the costliest single tornado in U.S. history."

The U.N. Security Council resolution that was passed on Friday is the biggest betrayal of Israel in modern history. As I explained in my last article, I believe that America's reprieve is now over, and all hell is about to break loose in this country.

When Barack Obama blocked the U.N. Security Council from dividing the land of Israel in September 2015, according to the Word of God, we should have been blessed as a nation as a result, and we were blessed.

But now Barack Obama has cursed Israel by stabbing them in the back at the United Nations, and according to the Word of God, we should be cursed as a nation as a result.

Nuclear War Survival Skills aims to provide a general audience with advice on how to survive conditions likely to be encountered in the event of a nuclear catastrophe, as well as encouraging optimism in the face of such a catastrophe by asserting the survivability of a nuclear war.  In the event that we actually ARE attacked , the video below may save your life. 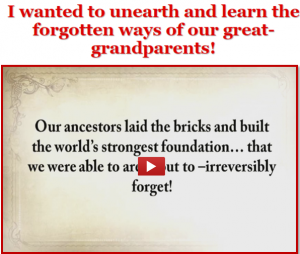